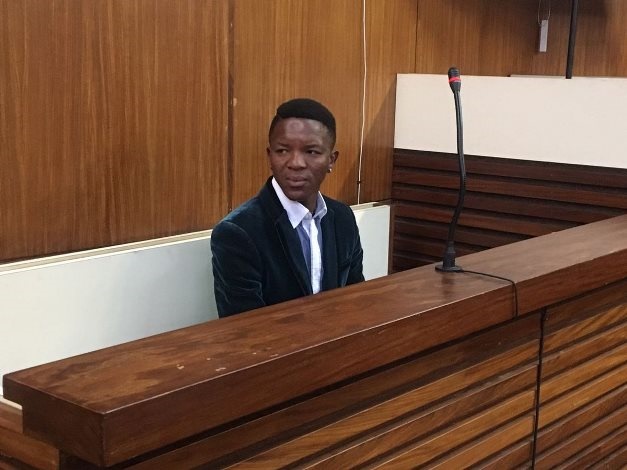 Victor Mlotshwa, who was forced inside a coffin, says he is living in fear after his assailants were recently released on parole.

He told News24 he heard about the news this week.

"I am not happy at all. I have a feeling that they might come back and attack me. I am no longer safe whenever I visit Middelburg."

Mlotshwa has relocated to another town where he has secured employment.

He refused to reveal his current location out of fear.

"I now live in an area where I thought I was going to be safe and now I am not. There is nothing that will stop them from tracing my whereabouts… They are capable of anything and it will be very wrong of me to trust them.

"They are my enemies and I am not safe at all. Nobody knows what they are planning to do to me. They threatened to kill me before and are capable of victimising me."

Willem Oosthuizen and Theo Jackson were released on parole together with other inmates to curb the spread of Covid-19 in prisons.

The two men were among 9 537 qualifying low-risk offenders released by the correctional services department.

Oosthuizen and Jackson, dubbed the coffin assault duo, were initially sentenced to 11 and 14 years in jail, respectively, in 2016.

The men forced Mlotshwa inside a coffin and threatened to pour petrol on him after accusing him of trespassing and theft.

Their sentences were overturned and reduced to five years in jail each for assault and one year for kidnapping by the Supreme Court of Appeal in December last year.

Jackson received a further one year jail term for defeating the ends of justice after he burnt the coffin.Mlotshwa said he was suffering emotionally.

"It has drained me a lot. As a man and father, I need to soldier on. Currently, I don't have any protection."

Mlotshwa added his family in Middleburg needed him, especially his six-year-old daughter.

"They have not bothered to come and apologise to me. They feel that they didn't do anything wrong. I live in hope that one day this event will be erased in my mind."

We live in a world where facts and fiction get blurred
In times of uncertainty you need journalism you can trust. For only R75 per month, you have access to a world of in-depth analyses, investigative journalism, top opinions and a range of features. Journalism strengthens democracy. Invest in the future today.
Subscribe to News24
Related Links
'Coffin case' pair's prison sentences cut to 5 years after SCA ruling
Coffin assault duo granted leave to appeal sentences, convictions
Coffin case 'has been affecting me emotionally' - Victor Mlotshwa
Next on News24
LIVE | Covid-19 in SA: 9 new deaths as cases hit 2 919 778