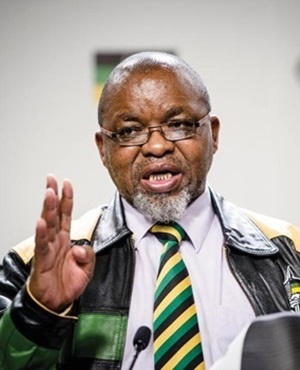 Johannesburg – The ANC on Wednesday commended its comrades in Zimbabwe for the peaceful removal of Robert Mugabe as head of state and leader of Zanu-PF.

The governing party also said it did not know anything about plans to remove Mugabe after 37 years at the helm.

The 93-year-old resigned from his post as president on Tuesday, while members of parliament debated a motion to impeach him. Zanu-PF recalled him as its leader on Sunday, ordering him to step down as head of state or face impeachment.

ANC secretary general Gwede Mantashe, who vehemently refused to comment on developments in the neighbouring country last week, said the ANC had not taken an emotional approach to the developments in Zimbabwe.

"We’ve taken a view that we must continue respecting Mugabe as a freedom fighter; we must continue supporting him for advocating Africa’s development programme; to celebrate him as a Pan-Africanist and the role he played over the last decade," he said.

He was addressing journalists on the ANC’s state of readiness ahead of its national elective conference in December.

READ:  AS IT HAPPENED: #ANC conference will go ahead, says Mantashe

"We are hoping our comrades in Zimbabwe will rebuild the country to its former self - a prosperous country and a beautiful neighbour to us," he said.

Mantashe lauded the peaceful transition, praising the Zimbabwe Defence Force for carrying out a "coup" professionally and without bloodshed.

"No loss of life, no damage to property. There were peaceful protests...  To us, it’s quite reassuring".

Mantashe said he hoped the intellectual capacity of Zimbabwe located across the globe, including those in South Africa, would start moving back to their home country and start rebuilding.

He cautioned against the euphoria which had taken over the country, saying he was always cautious when everybody celebrated.

"My principle is that, in life, when you work, there must be a chunk of people who love you and a smaller group of people who are irritated and angry with you," said Mantashe.

Mantashe claimed he knew nothing about the development in Zimbabwe, telling journalists that no one in Zimbabwe’s ruling party had discussed toppling Mugabe with the ANC.

"There were no discussions or collaboration between the ANC and a faction of Zanu about the removal of Mugabe".

He said they were also taken aback by images of the army’s takeover in the country, which was once called Africa’s bread basket.

Mantashe said there were some concerns over developments leading up to Mugabe’s removal, including the removal of former vice presidents Joice Mujuru and Emmerson Mnangwagwa.

We live in a world where facts and fiction get blurred
In times of uncertainty you need journalism you can trust. For only R75 per month, you have access to a world of in-depth analyses, investigative journalism, top opinions and a range of features. Journalism strengthens democracy. Invest in the future today.
Subscribe to News24
Related Links
Rights activists warn about Zimbabwe's future
Mnangagwa returns to Zimbabwe, meets officials: aide
WATCH: Mnangagwa visits Zuma before heading to Zimbabwe
Next on News24
LIVE | Covid-19: SA's infections rise to 805 804, death toll now at 21 963