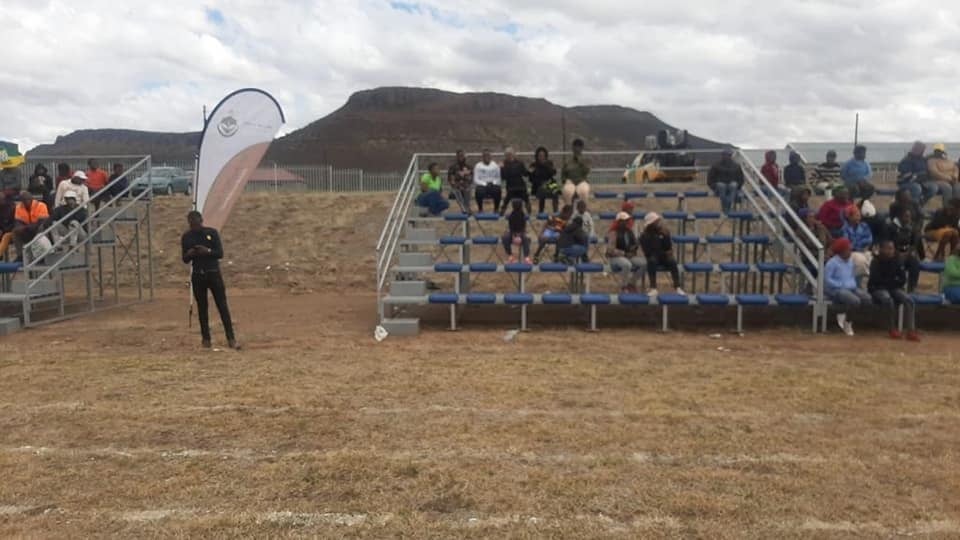 Thalami Civils, the Pretoria-based construction company behind the controversial R15-million Lesseyton sport field in Enoch Mgijima local municipality in the Eastern Cape, has landed a R41-million water scheme project tender from another bankrupt ANC-run municipality in the province.

Amathole municipality spokesperson Nonceba Madikizela-Vuso said upon completion, the 12 month project would enable it to provide clean potable water to the Cafutweni community "at an RDP standard level".

Since 2015, the firm had closed deals with at least seven broke ANC councils in the province, with the latest contract expected to push its total earnings in the province to an estimated R86 million.

The DA in the Eastern Cape promised to investigate the "suspicious" relationship between Thalami and the municipalities.

The party described Thalami's string of successful business deals in the province as a heist and also said the water scheme tender was engulfed in a cloud of suspicion.

In a statement on Thursday, DA MPL in the Eastern Cape legislature Vicky Knoetze said the Cafutweni Water Scheme project raised red flags as another contractor who bid on the project had threatened legal action, after coming in at R22 million, against Thalami Civils' R41-million bid.

Knoetze said she believed that the infamous Enoch Mgijima stadium was just the tip of the iceberg as more and more questionable projects were starting to surface.

The party flagged at least six projects completed by Thalami in the province.

As part of its Tender Watch Eastern Cape initiative, the DA said it would be lodging a Promotion of Access to Information Act (PAIA) application in connection with all tenders secured by Thalami Civils.

Knoetze and DA MPL Jane Cowley visited some of the sites and concluded that there was no value for money.

The Thalami projects the party said it would be reviewing include:

• The Centane Taxi Rank, with a price tag of R6.8 million (Mnquma municipality), completed in 2017.

• The Mpukane Community Hall, with a price tag of R3.6 million, completed in 2015 (Mnquma municipality).

• The Tsomo Taxi Rank, with a price tag of R4 million, completed in 2019 (Intsika Yethu municipality).

• Phase two of the Sakhisizwe sports field, with a price tag of R5.4 million, completed in 2020 (Sakhisizwe local municipality.)

When contacted earlier this week about the Mnquma projects, Thalami owner Luthando Jojwana said the figures on the company website were erroneous as they missed commas.

He referred further questions to the municipality in question.

While Mnquma municipal spokesperson Loyiso Mpalantshane denied there was anything amiss with the projects, he added that the contracts were awarded to Thalami by previous administrations overseen by individuals who had since left the municipality under a cloud of corruption allegations.

Mpalantshane added that the municipality's current administration was doing its best to turn the situation around in Mnquma and had not been flagged for questionable conduct.

Thalami also listed the Sakhisizwe sports field project at R7.5 million on its profile, whereas the municipality reported it as R5.4 million.

News24 previously reported on the Tsomo taxi rank which taxi drivers had flagged as unusable as the spaces provided were too narrow for their vehicles and provided no room for turning.

Jojwana had not responded to questions regarding the water project and the statements by the DA.

Sakhiziwe local municipality municipal manager Nomthandazo Mazwayi said Thalami only took over the construction of the second phase of the project from another contractor and was paid just over R1 million for this.

Mazwayi added that Thalami completed its job and that the municipality was satisfied with the work done by the firm.

She said the contractor responsible for the first phase, was flagged by the Auditor-General for an unaccounted R5 million and that it never completed the job.

Mazwayi said this led to the dismissal of the then municipal manager Dumile Mvulane and a criminal case was opened with the police and that the matter was under investigation.

Madikizela-Vuso did not respond to the DA's allegations.