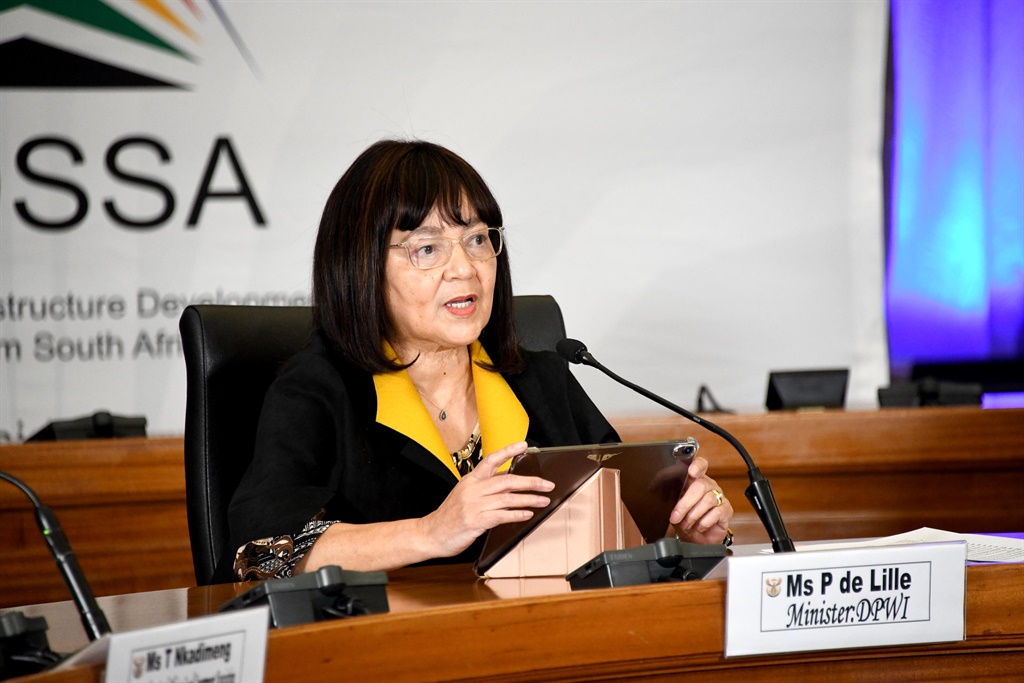 De Lille confirmed this in response to a written parliamentary question from DA MP Samantha Graham-Maré.Whitehead served as the executive director of the City of Cape Town's Transport Development Authority while De Lille was Cape Town mayor.

A report from law firm Bowman Gilfillan implicated Whitehead in irregular influencing of procurement processes around a MyCiTi Bus project and found that she allegedly interfered in the appointment of staff.

It recommended that she should be criminally charged.

Whitehead resigned from the City last year while her disciplinary processes were still under way.

At the time, she welcomed that she had been "exonerated on any allegation of corruption or financial misconduct", but was shocked to be found guilty of two other charges.

In a responding statement, Graham-Maré said the party had been reliably informed that Whitehead was one of the minister's staff members who was involved in a number of discussions around the R37 million Beitbridge border fence upgrade project.

"These discussions included site visits, instructions for variation orders and decisions regarding the scope, costing and specifications of the fence. This means that despite her initial denial of having any hand in the upgrade of what can only be described as a 'washing line', members of the minister's staff seem to have been closely involved in the project," she said.

Graham-Maré also said the DA would request copies of reports from the Special Investigating Unit (SIU), Auditor-General (AG) and National Treasury about De Lille's role in the procurement processes for the border fence upgrade.

In response to the DA's criticism, De Lille said: "I respect the role of the members of Parliament to ask questions as it is their duty to criticise and ask questions, otherwise people wouldn't vote for them. I was asked the questions and I answered them openly and transparently. My advisor's appointment was done in line with the provisions of the relevant guidelines and legislation.

The DA seems very eager to join the obvious fightback coming from some within the department as I work to root out corruption."

But Graham-Maré said De Lille appeared to have been caught in her own tall tales as she claimed to be both unaware of the procurement processes involved in the border fence project and the one to request an investigation from the AG.

"Yet, the suspended director-general of the Department of Public Works and Infrastructure advocate, Sam Vukela, wrote to the head of the SIU, advocate Andy Mothibi, on 21 June to complain about an existing report regarding the project. If the minister had nothing to hide, she would have applauded the initiative of her staff, instead of taking issue with the investigation," she said.

We live in a world where facts and fiction get blurred
In times of uncertainty you need journalism you can trust. For only R75 per month, you have access to a world of in-depth analyses, investigative journalism, top opinions and a range of features. Journalism strengthens democracy. Invest in the future today.
Subscribe to News24
Related Links
Public Works DG suspended over role in inflated state funeral costs
Massive overspending on state funerals probed
MPs raise concerns over infrastructure underspending by government and SOEs
Next on News24
LIVE | Covid-19 in SA: Death toll at 21 083, with 772 252 confirmed cases