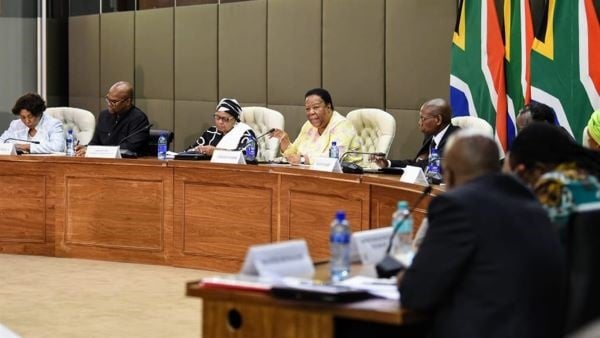 The National Coronavirus Command Council (NCCC) has been advised, by the Ministerial Advisory Committee (MAC), to put the country under an Alert Level 2 lockdown as a precaution for the Easter holidays, News24 understands.

Scientists and government officials have long warned of a third wave of coronavirus infections, possibly soon after the long Easter weekend.

But Cabinet ministers who are part of the NCCC are lobbying for large church gatherings to be allowed over Easter because "churches have been behaving".

According to the MAC advisory dated last week, sources said, the NCCC was advised to restrict gatherings to 50, impose a 22:00 curfew and restrict the sale of alcohol from Mondays to Thursdays, from 10:00 to 18:00.

The NCCC was also advised to close big beaches and restrict interprovincial travel to avoid super-spreader events, which are expected over Easter.

Sources close to the discussions said Cabinet ministers appeared to be in favour of imposing precautionary restrictions but argued that churches should be allowed to have larger gatherings.

The South African Council of Churches has expressed unhappiness about the current restrictions under Alert Level 1, which allows religious gatherings, subject to adherence to health protocols and limits attendance to 100 people for indoor venues and 250 for outside venues.

"The ministers were saying that churches have been behaving and ensuring protocols are followed, so they should be allowed greater numbers," a source told News24.

But it is understood that the health department contested this in the NCCC meeting over the weekend.

They also warned that imposing precautionary restrictions was not based on scientific evidence and could therefore be challenged in court.

"Health was saying that if we impose restrictions and we are taken to court, we may lose in court. There is no scientific basis to restrict alcohol, for example, because our hospitals are currently empty and ICU beds are empty. So how do we defend the decision when the alcohol industry takes us to court?" a second source said.

An NCCC meeting planned for Thursday is expected to decide the matter, insiders said.

Cabinet spokesperson Phumla Williams could not be reached for comment. Her response will be added once received.