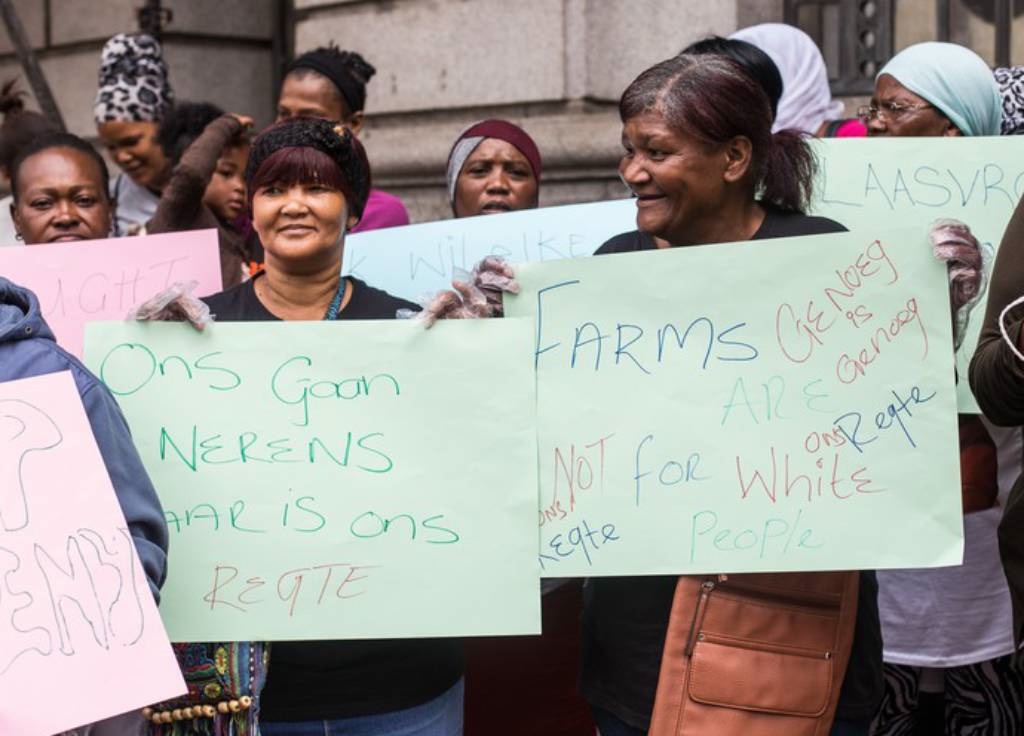 As uncertainty and fear grows amid the novel coronavirus outbreak, some farms in the Western Cape are closing their doors, GroundUp reported.

It means hundreds, if not thousands, of seasonal farmworkers such as Elizabeth Pietersen, will be without means to provide for their families.

Pietersen said she was recently dismissed "with immediate effect" without receiving a warning.

The only explanation she received was that "it's because of the virus".

She said she was sent home with just two days of pay. She intends to apply for unemployment insurance.

Pietersen said she was one of 25 workers who were dismissed.

But Pietersen and her colleagues are fighting back.

On Friday, Pietersen joined about 30 female farmworkers and farm dwellers who picketed outside the offices of the South African Human Rights Commission (SAHRC) in Adderley Street to highlight what they went through daily.

The picket was also held to commemorate Human Rights Day, which was on Saturday, 21 March.

Some held signs which read: "We shall not be moved", "We are searching for our rights" and "I want to work every day".

A memorandum of demands was handed over to the SAHRC and a meeting was expected to be held soon.

Some of the issues raised in the memorandum included farm evictions, occupational health hazards, wages and poor living conditions.

"Farmworkers feed the nation. They provide the food we eat every day, but it is their rights that are being violated," said Wendy Pekeur from the Ubuntu Rural Women and Youth Movement.

In August 2003, the SAHRC released a report, following an "Inquiry into Human Rights Violations in Farming Communities". It made a several recommendations relating to evictions, safety and labour.

Almost 17 years later, Pekeur said, not much has changed.

They are calling for a "farmworker commission" to act as a watchdog when it comes to evictions.

They also demanded that farmworkers who were put on leave during the outbreak, should be paid.

Another picketer, Elizabeth Leroux, 62, told GroundUp she lived with her husband, who was a farmworker, until he died in May 2006.

Following years of litigation with the farm owners, she was evicted in February this year. The eviction order was granted, despite her age and medical needs for her cancer treatment.

"I was staying on the farm for 20 years," said Leroux.

With nowhere to go, she will have to rely on the alternative accommodation provided by the municipality, which "wants to dump me in an unsafe place".

Currently, she lives with friends on a neighbouring farm.

The commission is expected to address the group's demands at a meeting this week.

We live in a world where facts and fiction get blurred
In times of uncertainty you need journalism you can trust. For only R75 per month, you have access to a world of in-depth analyses, investigative journalism, top opinions and a range of features. Journalism strengthens democracy. Invest in the future today.
Subscribe to News24
Related Links
Coronavirus: Western Cape premier calls on Ramaphosa to announce drastic measures
Two more doctors die from coronavirus in France : officials
Angry and scared: Expats speak over Hong Kong's coronavirus response
Next on News24
LIVE | Winde slams Mkhize's statement on Western Cape spike, US sets new single-day record for Covid cases

3 players win R109k in the Daily Lotto prize
Full list of lottery results
Lockdown For
DAYS
HRS
MINS
Voting Booth
Who do you think is going to win the 2020 US election?
Please select an option Oops! Something went wrong, please try again later.
Biden is going to take it
46% - 7378 votes
It's four more years for Trump
54% - 8509 votes
Previous Results
Podcasts
PODCAST | POLITICS UNMUTED: Money for nothing, but how do we correct the corruption ship?