Cosatu says Ramaphosa being chased from its rally is 'unacceptable', but a warning to ANC 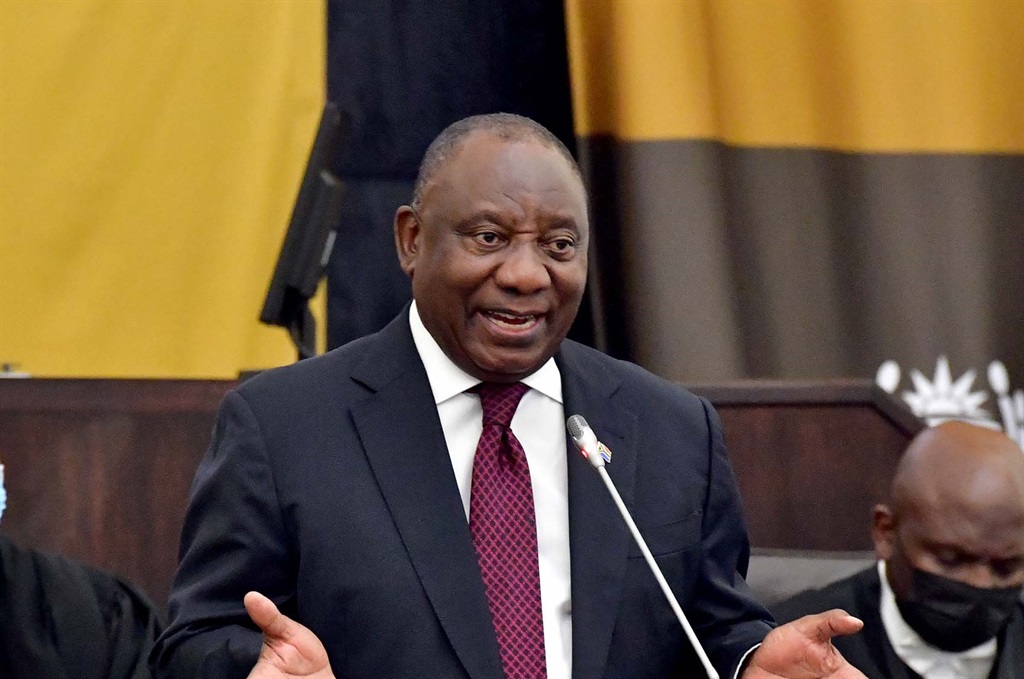 President Cyril Ramaphosa being chased away from Cosatu's Worker's Day rally was "regrettable" and "unacceptable", but should also serve as a warning to the ANC, the trade union federation said in a statement on Monday.

However, after failing to get striking workers from Sibanye Stillwater's gold operations to calm down on at least two occasions, Ramaphosa had to make his way to a police Nyala swiftly and left the stadium, his speech undelivered.

The striking workers are unhappy with Cosatu, the ANC, and the government's response to their plight, as they have been striking for months.

"The Federation has noted the regrettable disruptions that happened in our main rally at the Royal Bafokeng Stadium, Rustenburg in the North-West Province," reads a statement from Cosatu national spokesperson Sizwe Pamla.

"This was, without a doubt, a regrettable and an unacceptable incident that prevented our invited Alliance guests from addressing the rally. This matter will receive adequate attention in our upcoming Central Executive Committee meeting at the end of this month."

Pamla said it has to be noted that some of what has transpired reflects South African workers' growing frustration.

"Historically Worker's Day is a day where workers reflect on their struggles and push for change. This is a message that the ANC cannot claim to misunderstand and that cannot be ignored anymore.

"The Marxist revolutionary and political theorist Leon Trotsky once said: 'The party that leans upon the workers but serves the bourgeoisie, in the period of the greatest sharpening of the class struggle, cannot but sense the smells wafted from the waiting grave'."

Pamla said workers have reason to be livid when 2.2 million people have lost their jobs in the last two years.

It was provocative of government to pickpocket public servants of their salary increases in 2020. Workers have lost jobs from State-Owned Companies looted by senior politicians in collusion with the private sector. Mine workers are correct to be aggrieved when a CEO of Sibanye who benefited from corporate tax cuts refuses to pay them an additional R1 000 a month, while at the time paying himself R300 million in a single year.

"The fact that we are the most unequal country in the world is a sign that South Africa is slowly sinking in the abyss. A 46% real unemployment, stagnant wages, and budget cuts have all exhausted the patience of South African workers.

"We hope that the Rustenburg disruptions will jolt the ANC and its government into action. This threatens the coherence and the legitimacy of the Alliance in the eyes of the working class. There is an urgent need to address and revive the worker's confidence in the sixth administration. This administration needs to prove that it possesses the capacity to deliver on the 2019 ANC Elections Manifesto commitments."