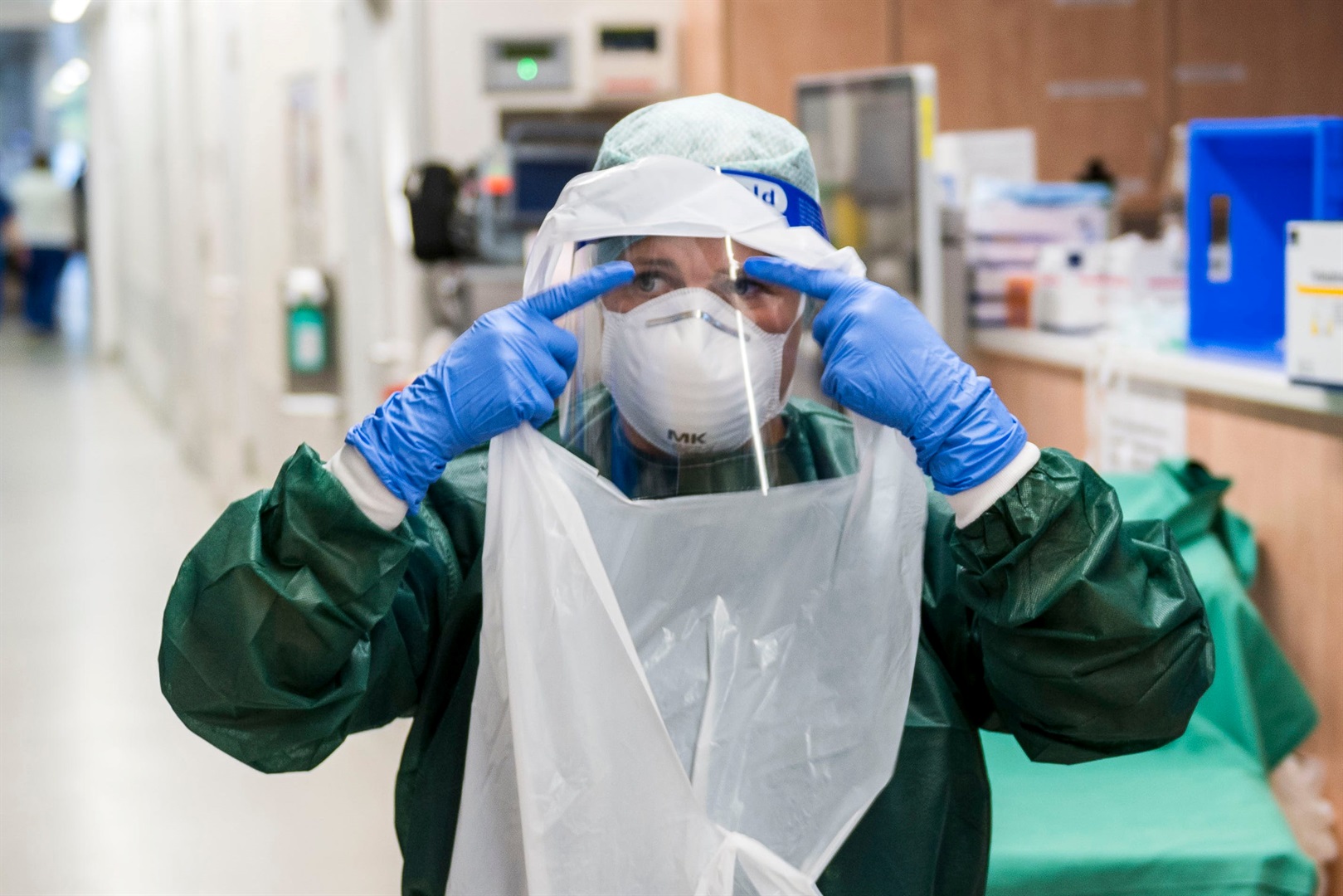 A nurse puts on PPE before tending to a Covid-19 patient.
Thomas Lohnes/Getty Images

The Eastern Cape Department of Education does not have a budget to buy personal protective equipment (PPE) for its 5 037 public schools in 2021, department superintendent-general Themba Kojana said.

Kojana was responding to questions raised during a portfolio committee meeting on education in the Eastern Cape legislature on 26 November.

News24 is in possession of the question-and-answer document.

Kojana could not provide a positive response to where the money to buy PPE stock for 2021 would come from.

"Due to budget cuts the department will unfortunately not be able to replenish the next consignment, unless the department receives additional funding [in] this regard. The department was not given funding for the acquisition of PPEs for the schools but had to reprioritise within its budget to buy the first PPE consignment," said Kojana.

Democratic Alliance member of legislature Yusuf Cassim said: "At this point we do not have assurance as to how and with what money the department will be procuring PPE for the new year."

Cassim said the financial crisis at the Department of Education was caused by the department awarding questionable PPE tenders to "handpicked" companies.

"The department did not receive any money from the provincial treasury or national treasury for PPE and thus was forced to use its infrastructure budget to procure last year. They did this through an expression of interest process whereby over 4 000 suppliers expressed an interest to supply and they handpicked 207 of them and offered to pay high amounts per item.

"This is part of the cause for the department’s money issues. They paid up to five times the retail prices on certain items to these 'middle-man' suppliers,” said Cassim.

Asked for a response, Eastern Cape Education Department MEC Fundile Gade’s spokesperson Vuyiseka Mboxela said: "The department will make sure that schools are safe by the time they open as it has been a firm view of the sector that it saves lives and save[s] the academic year. Preparations are being made and at the right time such will be communicated to the schools and the people of the province at large."

Asked to confirm reports that schools will be expected to buy PPEs from their budget, Mboxela said: "Schools get budget from the provincial education office for everything they procure in their schools. Last year the procurement of PPEs was done through Districts [education offices] and which mode will be done this year will be confirmed to schools.”

News24 reached out to the National Professional Teachers' Organisation of SA (Naptosa) for a comment, and it will be added once received.

Here are the Daily Lotto numbers
Full list of lottery results
Voting Booth
Have you and your family been counted in Census 2022?
Please select an option Oops! Something went wrong, please try again later.
Yes
48% - 1289 votes
No
52% - 1418 votes
Previous Results
Podcasts
PODCAST | The Story: How one incident at Stellenbosch University sheds light on deeper issues