Covid-19 hotspots: Joburg residents to be relocated in next 4 months, says Mayor Makhubo 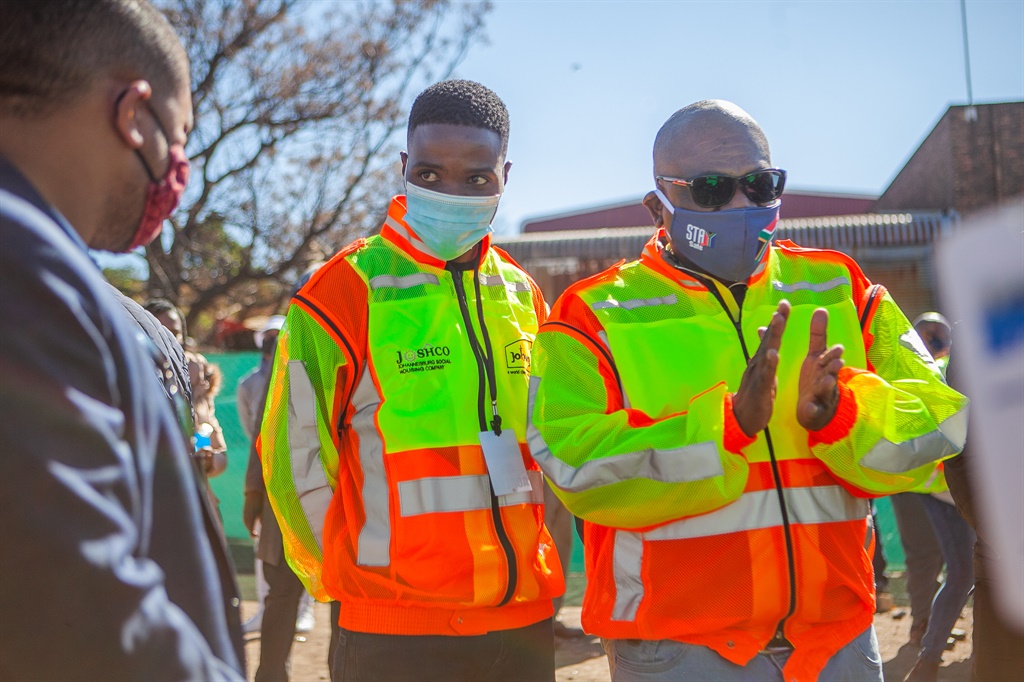 Plans to relocate 1 600 Johannesburg residents in Covid-19 hotspots to safer areas are officially underway, with residents set to move in the next four months.

As Covid-19 cases spike in Gauteng, especially in Johannesburg, Mayor Geoff Makhubo says the programme must be implemented quickly, adding that he has been given a time frame of four months.

#Covid19SA Makhubo says this process must be quick and in three months time structes will be complete. In the 4th month people will have been relocated. He admits this is a "headline" grabbing statement but says this is what he's been told @TeamNews24 pic.twitter.com/i5dJg382li

On Friday, Makhubo revealed the land which would be used to relocate residents from Wards 109 and 108 (made up of Marlboro, Eastgate, Kelvin, Wendywood, Morningside Manor and Alexandra).

"We realised… that some places, you can't practice social distancing. As part of our intervention, we decided to identify some areas here in Marlboro, Zandspruit, Ivory Park [and] Soweto, where we will be relocating some communities," he said.

"In four months, the first project will be on the ground and we will be moving people from Ward 109 and 108 into this programme.”

#Covid19SA Makhubo symbolically turns the soil on the site that will, according to him, house residents from Covid-19 hotspots in 4 months @TeamNews24 pic.twitter.com/h81lmFeylx

Makhubo added that residents would stay in the temporary location for three to five years.

"We call them temporary residential units (TRU), but temporary can be anything up to three years or so, while we look for permanent solutions. Remember the housing project will take up to four or five years so, for between three and five years, people will be here temporarily.

"The units will be habitable – there will be toilets, water and everything – so it will be a new township, so to speak," he said.

We live in a world where facts and fiction get blurred
In times of uncertainty you need journalism you can trust. For only R75 per month, you have access to a world of in-depth analyses, investigative journalism, top opinions and a range of features. Journalism strengthens democracy. Invest in the future today.
Subscribe to News24
Related Links
Covid-19: Joburg Mayor Geoff Makhubo tests negative
Johannesburg mayor goes into self-isolation after staffer tests positive for Covid-19
Lockdown: Joburg mayor heartened by recovery rate, urges residents to keep adhering to rules
Next on News24
LIVE | More companies make vaccines mandatory as 4th wave hits SA