Covid-19, misinformation behind lawyer in Senzo Meyiwa case being a no-show, court hears 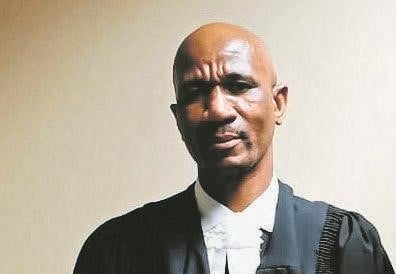 Teffo appeared in the Hillbrow Magistrate's Court on Friday, following his dramatic arrest on Thursday inside the Gauteng High Court in Pretoria.

A warrant of arrest had been executed after Teffo allegedly failed to appear in the Hillbrow Magistrate's Court on 27 January on a separate matter in which he was an accused.

On Friday, the court cancelled the warrant of arrest.

Prosecutor, advocate Mzwandile Nkabinde, asked the court to set bail at R5 000, saying Teffo had failed to appear in court twice. The case related to trespassing and assault charges.

However, Teffo's legal representative, attorney Timothy Tshepo Thobane, said his client had failed to appear in court in January because he had Covid-19.

The second time he failed to appear in the Hillbrow Magistrate's Court was because the investigating officer had apparently told his attorney that his matter was transferred to the Johannesburg Regional Court, Thobane said.

He was told that investigating officer in the matter would contact him on a way forward.

Thobane then suggested bail be reduced to R4 000.

The matter was postponed to 27 May.

News24 reported that following a postponement of the Meyiwa murder trial on Thursday, Teffo was arrested by an investigating officer with the help of members of the police's Tactical Response Team, who had been providing security during the trial.

This was carried out in the Gauteng High Court in Pretoria and in full view of the media.