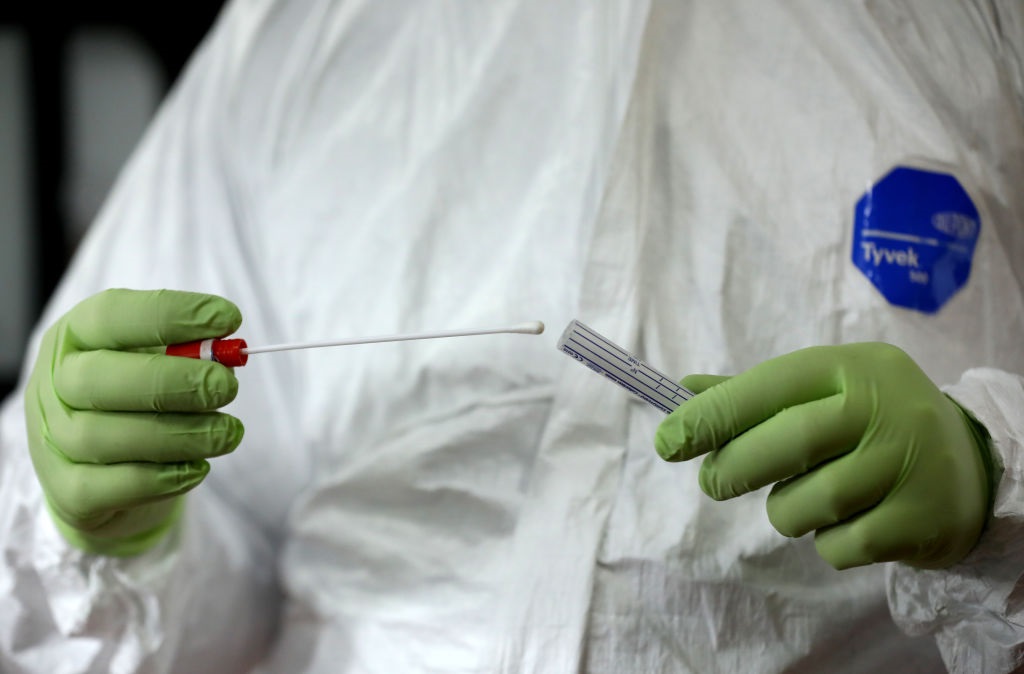 The Omicron coronavirus variant, identified in South Africa, could be the most likely candidate to displace the highly contagious Delta variant, the director of the National Institute for Communicable Diseases (NICD) said on Tuesday.

The discovery of Omicron has caused global alarm, with countries limiting travel from southern Africa for fear it could spread quickly even in vaccinated populations, and the World Health Organisation (WHO) saying it carries a high risk of infection surges.

"We thought what will outcompete Delta? That has always been the question, in terms of transmissibility at least … perhaps this particular variant is the variant," Adrian Puren, the acting executive director of the NICD, told Reuters.

If Omicron proves even more transmissible than the Delta variant, it could lead to a sharp spike in infections that could put pressure on hospitals.

Puren said scientists should know within four weeks to what extent Omicron can evade the immunity generated by vaccines or prior infection, and whether it led to worse clinical symptoms than other variants.

Anecdotal accounts by doctors, who have treated South African Covid-19 patients, said Omicron appeared to be producing mild symptoms, including a dry cough, fever and night sweats, but experts have cautioned against drawing firm conclusions.

Puren said it was too early to say whether Omicron was displacing Delta in South Africa, since local scientists have only produced 87 sequences of it so far.

But the fact that cases have started to rise rapidly, especially in Gauteng, is a sign some displacement might already be happening.

Delta drove a third wave of Covid-19 infections in South Africa that peaked at more than 26 000 cases per day in early July. Omicron is expected to trigger a fourth wave, with daily infections seen topping 10 000 by the end of the week from around 2 270 on Monday.

A clinical microbiologist at the NICD, Anne von Gottberg, said it looked like infections were rising throughout the country.

On Monday, an NICD presentation a flagged a large number of Covid-19 admissions among infants aged under two years as an area of concern.

But Von Gottberg cautioned against linking that with Omicron just yet.

It looks like in fact some of those admissions might have started before the emergence of Omicron. We are also seeing that there was an increase in influenza cases just in the last month or so, and so we need to be really careful to look at the other respiratory infections.

"We are looking at the data very, very carefully, but at the moment I'm not too sure that we can link it definitively to Omicron."

South Africa has been praised for alerting the global scientific community and WHO so quickly to Omicron - a brave move given the damage that travel restrictions imposed by multiple countries, including Britain, will do to its important tourism sector.

The country has reported close to three million Covid-19 infections during the pandemic and more than 89 000 deaths, the most on the African continent.

If you come across Covid-19 vaccination information that you do not trust, read Covid-19 vaccine myths debunked: Get the facts here. If you can't find the facts you're looking for, email us at the address mentioned in the article and we will verify the information with medical professionals.
We live in a world where facts and fiction get blurred
In times of uncertainty you need journalism you can trust. For 14 free days, you can have access to a world of in-depth analyses, investigative journalism, top opinions and a range of features. Journalism strengthens democracy. Invest in the future today. Thereafter you will be billed R75 per month. You can cancel anytime and if you cancel within 14 days you won't be billed.
Subscribe to News24
Next on News24
BREAKING NEWS LIVE | Security guard dies after shooting himself inside Hillbrow Police Station