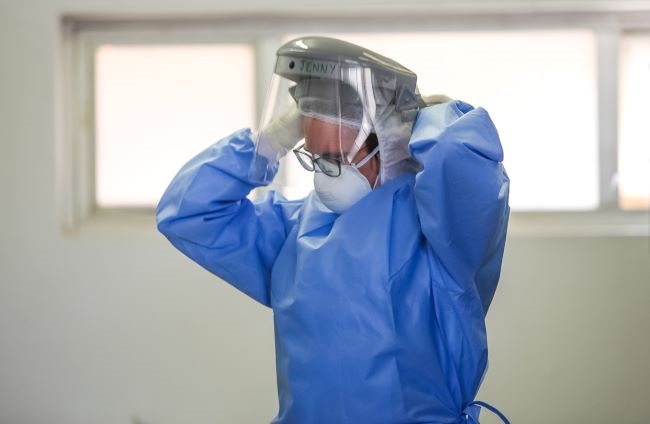 South Africa's Covid-19 recovery rate has increased to 75% – its highest to date and well above the global average of 62%.

This means out of the country's cumulative total of 566 109 confirmed Covid-19 cases, 426 125 have recovered, Health Minister Zweli Mkhize announced on Tuesday night.

There has also been a decrease in coronavirus-related fatalities – 130 people have succumbed to the disease in the past 24 hours, down from 213 in the Department of Health's last update on Monday. This brings South Africa's total deaths due to the virus to 10 751.

Provincially, the latest fatalities were reported as follows: 20 in the Eastern Cape, 35 in Gauteng, 30 in KwaZulu-Natal, 20 in North West, and 25 in the Western Cape.

#COVID19 Statistics in SA as at 11 August. pic.twitter.com/qzmEvMR3bQ

KZN has edged past the Western Cape and is now the province with the second most recorded cases, with Gauteng remaining the country's hotspot. KZN has to date recorded 100 494 cases, the Western Cape 100 316, while Gauteng now stands at 194 093 cases.

South Africa still remains fifth overall worldwide, behind the US, Brazil, India and Russia. Mexico and Peru are next in line with 492 522 and 483 133 cases respectively. 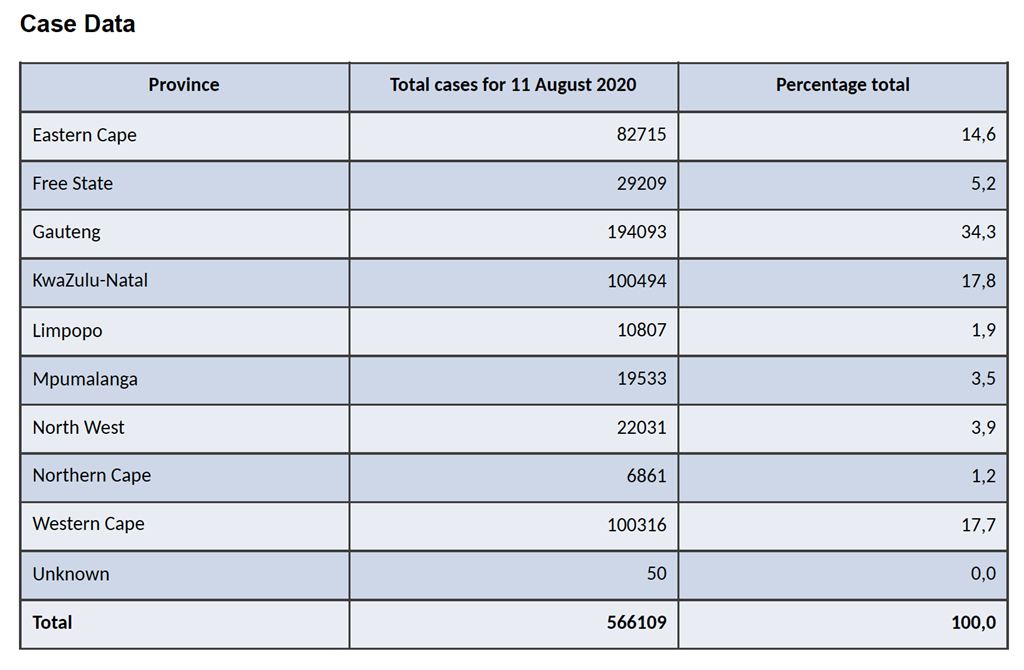 Provincial breakdown as at 11 August.
Supplied Supplied: Department of Health.

We live in a world where facts and fiction get blurred
In times of uncertainty you need journalism you can trust. For 14 free days, you can have access to a world of in-depth analyses, investigative journalism, top opinions and a range of features. Journalism strengthens democracy. Invest in the future today. Thereafter you will be billed R75 per month. You can cancel anytime and if you cancel within 14 days you won't be billed.
Subscribe to News24
Related Links
Covid-19 claims 466 lives in just 9 days in the Eastern Cape
WRAP | Russia approves world’s first vaccine, municipalities losing billions during pandemic
Global pre-orders of Covid-19 vaccines top five billion
Next on News24
LIVE | Covid-19 in SA: 1 662 new cases

Here are the Daily Lotto numbers
Full list of lottery results
Voting Booth
Have you and your family been counted in Census 2022?
Please select an option Oops! Something went wrong, please try again later.
Yes
48% - 2124 votes
No
52% - 2309 votes
Previous Results
Podcasts
PODCAST | The Story: How one incident at Stellenbosch University sheds light on deeper issues