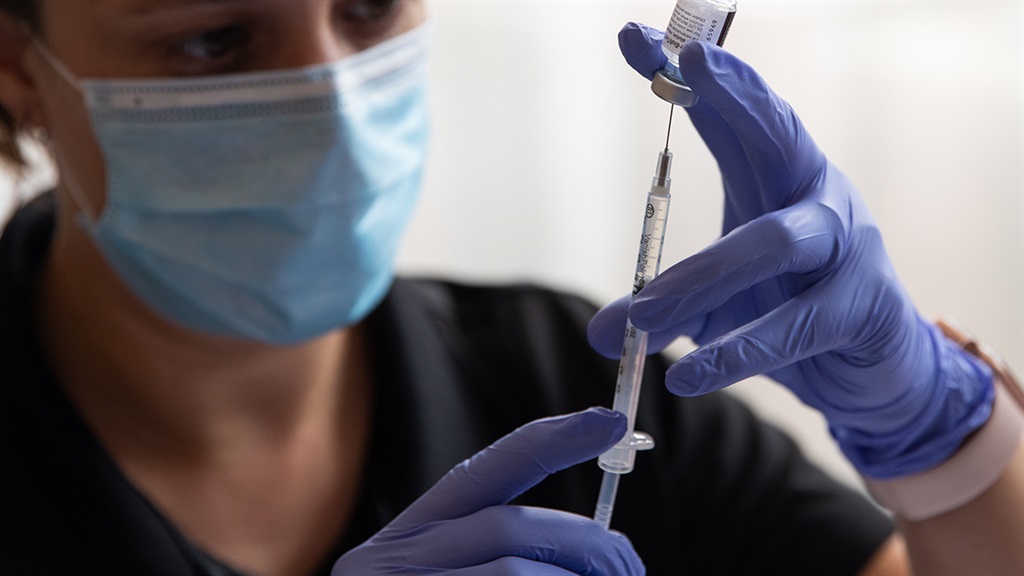 The South African Democratic Teachers Union (SADTU) says there is a need for government to urgently consider taking the Covid-19 vaccination drive to schools.

According to the union's secretary general, Mugwena Maluleke, there was a significant number of positive cases from children aged 12-years and older in primary schools, since their return to traditional daily timetabling in August.

He said returning to normal timetabling for high schools, now that the country was on adjusted lockdown Level 2, would, therefore pose a risk.

News24 spoke to four teacher unions on Monday in the wake of President Cyril Ramaphosa's announcement on Sunday that the country would be moving to Level 2.

The move saw an ease of restrictions on gatherings and the curfew.

"The high schools are a serious risk to even begin to adjust their attendance because we are seeing a lot of positive cases from... 12 years old in the primary schools and we must urge the Health Department to make the vaccine accessible to [those] 12 years and older as a matter of urgency," Maluleke told News24.

He said the union believed there was scientific evidence supporting the rollout to children, especially those aged 12 and older.

News24 previously reported that the SA Health Products Authority (Sahpra) approved the use of the Pfizer Covid-19 vaccine on children aged 12 and older after receiving updated information from the manufacturers.

The approval came after the launch of South Africa's vaccine trial on children.

Sinovac, through Numolox, which has the local licence for the vaccine, is conducting paediatric Covid-19 trials in the country.

Two teenagers, a boy and a girl, were the first to receive the Sinovac jabs at the Sefako Makgatho University in GaRankuwa, Pretoria on Friday. Their identities are being kept confidential to protect their privacy.

There is evidence that vaccination works and it's efficacy has been documented from a number of countries including ours.

Maluleke, along with the Executive Director of the National Professional Teachers' Organisation of South Africa (Naptosa), Basil Manuel, said lockdown Level 2 was more about the economy and partially about health.

Both said overcrowding was still very much an issue at schools and that any decision around a full return to traditional timetabling for high schools would need to be taken with caution.

Maluleke said while some primary schools had returned to daily attendance, infrastructure that was not accommodating enough social distancing at schools, was still an issue.

Manuel said this was more a concern in high schools.

"We want to see the plan [for] getting our schools safer. Not only for just now, Level 2, but we need to be looking at next year, and we need to be seeing how we are going to ensure that our learners spend more time at school," he said.

Manuel said while Naptosa had always been opposed to the rotational timetable because it had negative effects, it was also wary of children being infected in unsafe environments.

The ministry has a serious challenge because given how close children are at school, and in our overcrowded schools, even half a metre is non-existent. There then lies the problem.

Issues surrounding the education sector under lockdown Level 2 were expected to be discussed at a special Council of Education Ministers (CEM) meeting expected to be held on Wednesday, said the department's spokesperson, Elijah Mhlanga.

The Professional Educators Union (PEU) president Johannes Motona and South African Teachers' Union' (SAOU) Chris Klopper said they were also in support of a motion for children to get their Covid-19 jabs, provided it would be safe for them.

Klopper said the vaccination of pupils, would, however, also need to be voluntary and no one should be forced.

Speaking on the return of higher grades to traditional timetable, Motona and Klopper said they too believed that the department would need to ensure that high schools were safe before deciding on a full return, to avoid outbreaks.

Motona said: "If the Department of Basic Education does not supply facilities, for example classrooms to accommodate social distancing requirements, we say let the rotational timetabling system go on."

Klopper said teachers should also be taken into consideration before a decision for high schools to also go back to normal timetabling was taken.

"We know that the department considered bringing back the secondary schools on a full time basis. It is not something new. We believe that if you look at the functioning of schools, there may be the necessary space to consider something like this, especially now that they allowed learners to participate in contact sports where we know there is no social distancing," Klopper said.