Covid-19: Western Cape govt to pay private hospitals R16 000 per bed if it runs out of space 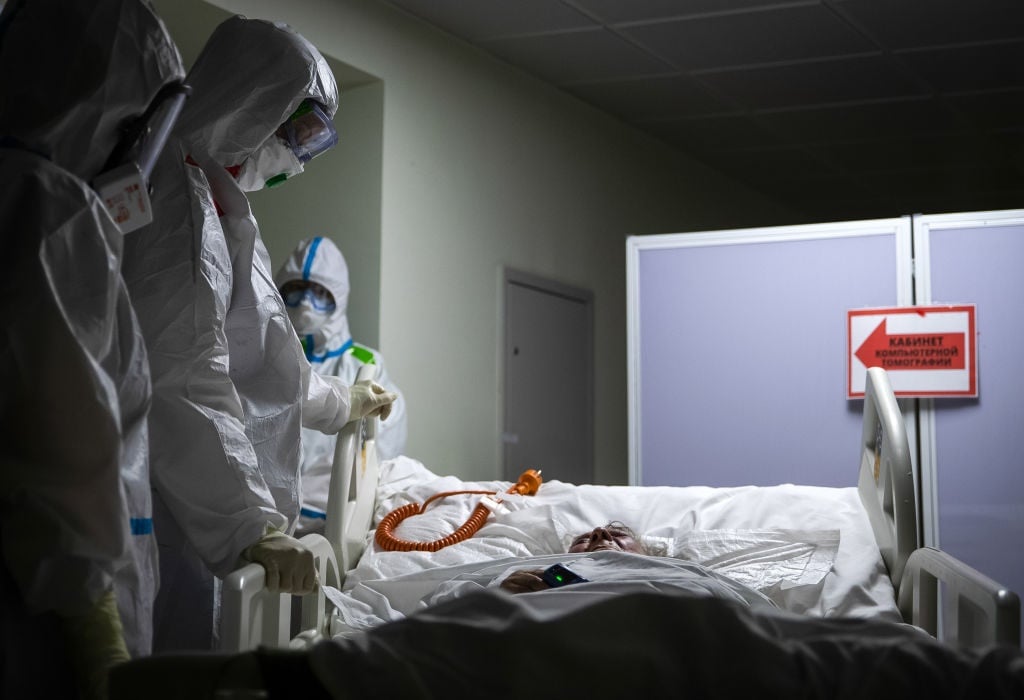 Medical workers attend to a patient in Russia.
Stanislav Krasilnikov\TASS via Getty Images

It will cost the Western Cape government R16 000 per bed for state patients to be treated at a private hospital if government hospitals no longer have space for Covid-19 patients.

This after Health Minister Zweli Mkhize hinted on Tuesday a deal was imminent, and South Africans who cannot afford private healthcare will benefit as the government foots the bill.

Western Cape head of health Dr Keith Cloete said during a digital press conference on Thursday: "I can confirm that the rate that was agreed to for the ICU high care was R16 000."

READ | PPEs that disappeared from KZN have reappeared - report

The province will also open its field hospital at the Cape Town International Convention Centre on Friday instead of next week, to be ready for the first expected patients on Monday as the number of cases spike in the province.

Cloete said national and provincial government health officials as well as six private sector hospitals had agreed the price of R16 000 a bed included specialists, equipment, while state patients who were referred would not be billed.

The hospitality industry was forced into furlough so beds and ablutions were procured from the sector, and government sites such as resorts could be easily converted.

The government has 13 facilities for 749 people ready to be activated, and has arranged, in the private sector, for another 160 facilities with an 8 933-person capacity.

The province has the highest number of cases and a backlog of 28 000 tests and is bracing for a deluge of patients.

In addition to the beds, the taxi industry has also formed the "Red Dot" service run by the Umanyano Travel Service with 100 taxis set aside specifically to take health workers to work and back safely. They can only be 50% full, and are sanitised after each trip.

Six thousands passengers have been transported like this since 18 May.

By 12:00 on Thursday, the Western Cape had 634 people in quarantine and isolation facilities.

It had also made arrangements with 44 private facilities for people who asked to go into private quarantine or isolation, and who can pay for the services.

Related Links
Richards Bay man apologises for video of him and a friend 'catching a klap for our troubles'
Lockdown regulations ruling: 'Flawed' judgment creates more confusion than clarity, say experts
Lockdown | Lower-income households have difficulties paying for expenses, suffer from hunger -...
Share
Next on News24
WRAP | Mkhize back-pedals on medical scooters; and Africa could have Covid-19 vaccine by early 2021

Every day ke payday for Daily Lotto players
Full list of lottery results
Lockdown For
DAYS
HRS
MINS
Voting Booth
Have you gone out to eat at a restaurant since restrictions have lifted?
Please select an option Oops! Something went wrong, please try again later.
Yes I have
14% - 1879 votes
No, but I plan to
15% - 2052 votes
No, and I don't plan to
71% - 9636 votes
Previous Results
Podcasts
PODCAST | THE STORY: Will removing statues representing oppression remedy ills of the past?