Covid-19: 'You can never be prepared enough' - Makhura on Gauteng's readiness for third wave 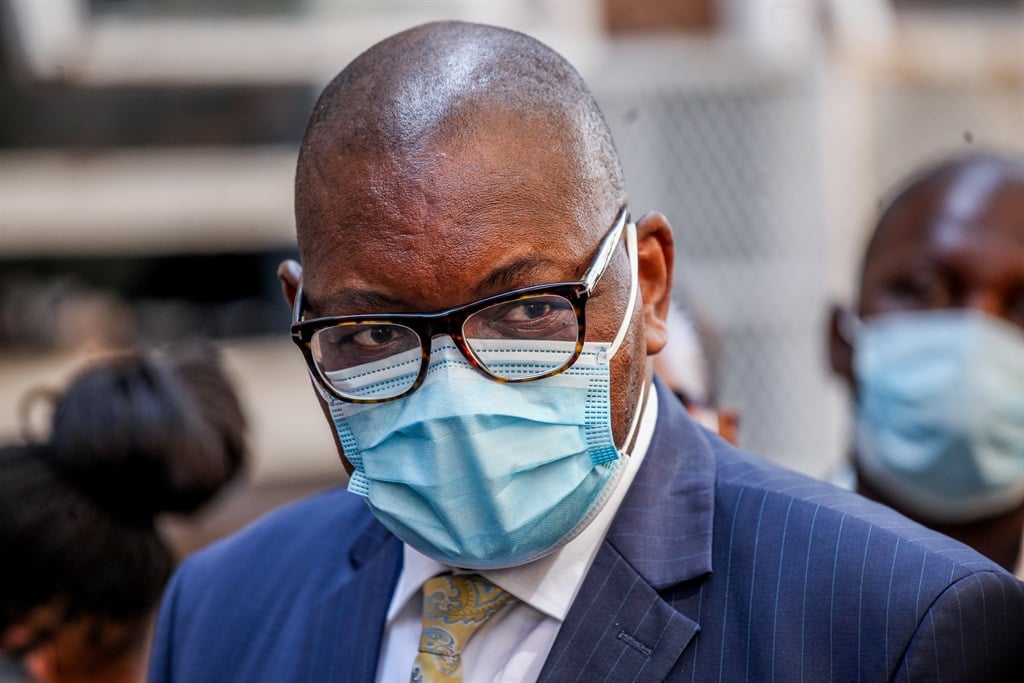 Gauteng Premier David Makhura says that while the province is prepared for the third wave of Covid-19, "you can never be prepared enough".

"If you watch what has happened, in Brazil and India, you can never be fully prepared. I can say to you we are better prepared because if people let [our guard down]... if we do not have the participation of people in ensuring we contain the virus, we can have a nightmare; a nightmare is not what we want, we want to do better than the second wave.

"We are prepared, we can never be prepared enough, you can only say you are prepared enough when you count on the people themselves, and that is the message I want to get out there," he told the media at the Bronkhortspruit Hospital on Thursday.

The premier was joined by the Gauteng Health MEC, Nomathemba Mokgethi, BMW South Africa, and the German government. The delegation opened a 150-bed Covid-19 isolation ward at the hospital.

Premier @David_Makhura, together with @GautengHealth MEC @DrMokgethi will this morning, open the newly built 150 bedded COVID-19 isolation ward at Bronkhospruit Hospital in partnership with @BMW_SA and the German Government. #GrowingGautengTogether pic.twitter.com/CYgoFLzADI

Makhura added that without the full cooperation of the residents of Gauteng, "we will not be able to sail through what appears to be the early phases of a third wave".

Our message is that the virus is still out there, the fire is still out there, but we can contain it. All indications state that we are in the early phases of the third wave. We do not want people to panic, but [we need] mass participation in how to contain these increases.

Makhura said the province had learnt a great deal from the first and second waves, however, the province would approach the third wave with better resources.

He went on further:

What have we learnt from the first and second wave? We have built an enormous tracking capacity, and that includes monitoring. Our team of scientists, on a daily basis, are able to pick up which areas are the hotspots, so when the numbers are announced nationally on a daily basis - if there are 500 new cases in Gauteng our monitoring and research team and the modelling team are able to say these are the hotspot areas and what is causing that.

"Is it linked to the neighbouring province? We have drawn great lessons on monitoring, support, deployment of special teams to douse the fires," he added.

Although the province was concerned with notable increases, the premier dismissed any possibility of harsher lockdown measures at this stage.

"We have not discussed whether we must move to other levels of the lockdown. What we are looking at is preparation for the vaccine rollout and how do we contain the current [numbers].

"Our scientists are saying we are not yet at the level of great risk, but there are signs, and we must intervene in those areas. The interventions is what we are doing. The numbers at the moment do not suggest that we have strict, much harsher measures, and we are guided by numbers," he said.

Perfect start to the month for 1 Daily Lotto player!
Full list of lottery results
Lockdown For
DAYS
HRS
MINS
Voting Booth
Should pension fund members be allowed to access their savings before retirement?
Please select an option Oops! Something went wrong, please try again later.
Yes, it's their money to do with as they please.
34% - 802 votes
No, more people will end up without enough savings in retirement.
36% - 840 votes
Depends on how big the withdrawal limits will be.
30% - 696 votes
Previous Results
Podcasts
PODCAST | The Story: Surviving Covid-19 and unrest: - will our economy ever recover?