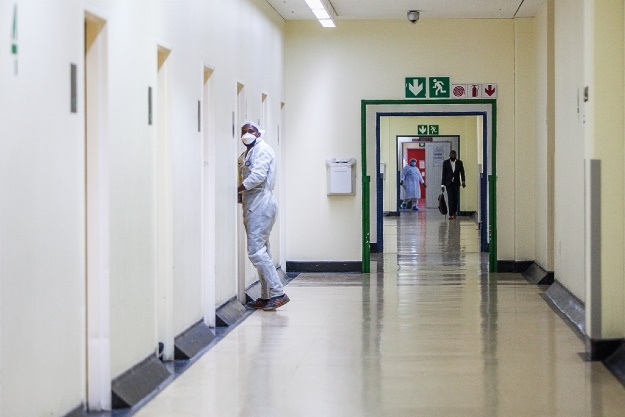 A number of private hospitals in South Africa have had to ask staff to return from leave and some others have implemented temporary capacity diversion measures to deal with the surge in patients amid the second wave of Covid-19 infections in South Africa.

Hospital groups Netcare and Mediclinic say they have noted a strong increase in patients in KwaZulu-Natal and Gauteng.

On Wednesday, the country recorded a "grim milestone" of 21 832 new cases. It was the highest number of confirmed cases recorded in a single day since March last year when the first infection in South Africa was announced.

Support independent journalism
Subscribe to News24 for just R75 per month to read all our investigative and in-depth journalism.
Subscribe
Already a subscriber? Sign in
Next on News24
LIVE | Covid-19 in SA: Death toll rises by 334 as total cases hit 2 447 454

Lekker Friday for two Daily Lotto winners!
Full list of lottery results
Lockdown For
DAYS
HRS
MINS
Voting Booth
Should Covid-19 vaccinations be mandatory for employees in workplaces?
Please select an option Oops! Something went wrong, please try again later.
Yes, it is the responsible thing to do
46% - 4042 votes
No, vaccination should be an individual choice
43% - 3769 votes
No, but those who are unvaccinated should have to work from home
11% - 937 votes
Previous Results
Podcasts
PODCAST | The Story: Surviving Covid-19 and unrest: - will our economy ever recover?