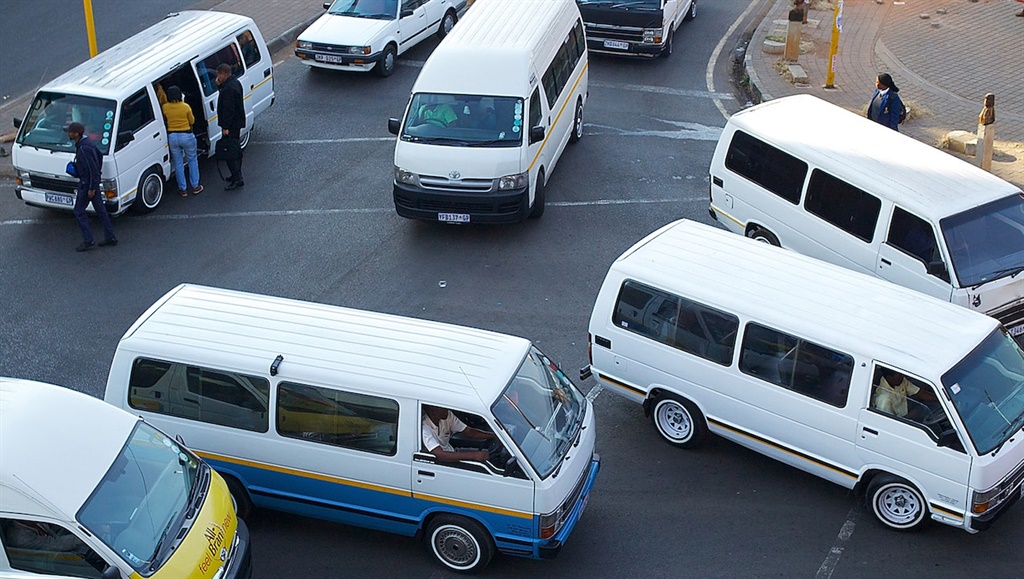 The long-disputed Paarl to Bellville B97 taxi route will remain closed for three months as a deadly battle between taxi associations continues over the lucrative commuter service.

Western Cape Transport MEC Daylin Mitchell said shootings related to disputes in, or associated with, the industry continue - and the ripples are spreading throughout the province.

"During September and October 2021, 19 taxi-related murders and nine attempted murders have been reported," said Mitchell in an update on the frictions which have spilled over into public places.

"During October 2021, law enforcement officers were attacked by minibus taxi operators in the Paarl area, who demanded that route B97 be opened. Golden Arrow Bus Services also reported several incidents of intimidation on the route," he said.

Attempts at securing at least a bridging agreement during the lengthy talks and an arbitration process also failed, with no consensus.

Umbrella bodies - the Cape Amalgamated Taxi Association (Cata), and the Congress of Democratic Taxi Associations (Codeta) - claim the right to load passengers at the ranks.

The deadly competition has cost commuters dearly, not just in unbudgeted expenses for alternative transport, but in lives and medical bills to cover severe injuries in random shootings.

Often tension is on a knife-edge, as evidenced by the murder of four people at a rank in Joe Slovo over an alleged attempt at taking money from a rival association.

Other transport companies could be granted permits to operate until mediated negotiations between Cata and Codeta reach a happy medium for the operators.

After trying to resolve this since 2017, the transport department published a notice in terms of section 91 of the National Land Transport Act, setting out proposed actions to stabilise the situation in a notification in the Government Gazette, dated 9 July 2021.

Talks were facilitated to find common ground, a prayer meeting was held, and a ceasefire agreement was signed, but parties had to move to arbitration.

The extraordinary measures included suspending operating licences for that route. It was due to expire on Thursday, 25 November, but were extended for another three months.

An offer to comment on keeping the route closed only yielded one written response.

Mandla Hermanus, from Cata, welcomed the announcement to keep the route closed until everything was finalised, in order to avoid further tension.

"We hope that this will be the last extension as the arbitration is at its final stage.

"We urge law enforcement to ensure that the closure does not affect other operations, such as long-distance traveling to the Eastern Cape, as we approach the holiday season."

We live in a world where facts and fiction get blurred
In times of uncertainty you need journalism you can trust. For only R75 per month, you have access to a world of in-depth analyses, investigative journalism, top opinions and a range of features. Journalism strengthens democracy. Invest in the future today.
Subscribe to News24
Related Links
Cape taxi association employee shot dead, 2 others wounded in office attack
PICS | Covid-19: Western Cape health department launches Vaxi Taxi vaccination drive
Feuding Joburg taxi bosses meet with Gauteng MEC Mamabolo over recent violence
Next on News24
LIVE | Covid-19 in SA: Cases rise by 3 789 as death toll goes up by 47