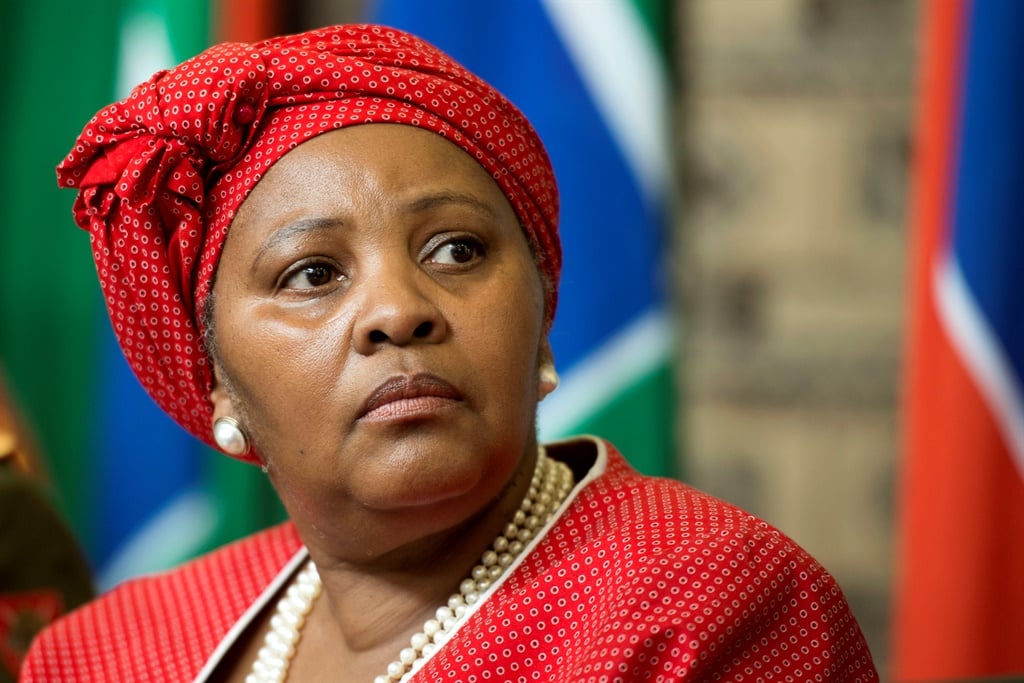 A day after lawyers wrote to the state attorney to raise concerns about "contradictory statements" the Minister of Defence made about an army investigation into Collins Khosa's death, her ministry has admitted that she got it wrong.

In a statement released on Friday, the ministry said that when the minister, Nosiviwe Mapisa-Nqakula, told Parliament's Portfolio Committee on Defence that, in her opinion, there was no finalised report, she did so because she understood "that the investigation had been referred back by the chief of the South African National Defence Force (SANDF) and might be reopened for further investigation".

A day later, the Khosa family's lawyer, Wikus Steyl of Ian Levitt Attorneys, wrote to the state attorney to ask the minister to provide "a proper explanation" for why her submissions in the High Court case stemming from Khosa's death contradicted what she told the portfolio committee.

In the letter, Steyl set out what Mapisa-Nqakula had previously told the court, including the confirmation that the investigation had been concluded and the submission of a copy of the report to the court, which, Steyl said, was presented as a final report.

Steyl also noted that the minister "had no fewer than 11 days to consider the board's report", from completion of the report to the date it was submitted to court.

He then informed the state attorney that Khosa's family was "deeply concerned that the matter is not being fairly, independently and rationally investigated".

"We are considering our client's rights in this regard, including a complaint with the South African Police Service for perjury, the Public Protector for the apparent breach of the Executive Ethics Code, which prohibits ministers from deliberately telling untruths in Parliament or to the Speaker of Parliament. Before we advise our client on which of these steps to take, we would like to obtain a proper explanation as to the above contradictions and what the department is in fact considering doing."

Mapisa-Nqakula has faced tough questions in the media and in Parliament in recent days, after it emerged that an SANDF board of inquiry had found that soldiers accused of causing Khosa's death by assaulting him, could not be held liable for his death as there was no link between the injuries he sustained due to their actions and his death.

The inquiry's findings were submitted as part of an affidavit filed in the Gauteng High Court in Pretoria by the SANDF's legal advisor, Elvis Hobyana, last week.

The board, which was led by Brigadier Viscount Ngcobo, found Khosa and his brother-in-law, Thabiso Muvhango, had undermined the two female soldiers who entered the yard of Khosa's Alexandra home on Good Friday.

The report noted that the attitude of the two men "was provocative". The board acknowledged that the men were drinking alcohol in the yard, and not in public on the street, but it didn't address whether the soldiers over-reached their authority by confronting the men about this.

The inquiry said the soldiers only pushed and smacked Khosa to force the men to comply with their orders.

When asked about the report during a media briefing last week, Mapisa-Nqakula suggested the SANDF's probe was not complete, saying "all processes have not been exhausted in dealing with that issue".

Then on Wednesday, while appearing before Parliament's Portfolio Committee on Defence, the minister said "there was no report". "I don't accept it even as a preliminary report," Mapisa-Nqakula answered when asked about the inquiry's final document.

"As far as I'm concerned, there is no report."

In its statement, the ministry said Mapisa-Nqakula had already tasked the Military Ombud with conducting further investigations into Khosa's case.

"It is envisaged that the Military Ombud will conduct and conclude investigations in this regard and report within a period of eight weeks. For these reasons, there is not yet a final word on the Khosa incident and any culpability that might be established for his death."

We live in a world where facts and fiction get blurred
In times of uncertainty you need journalism you can trust. For only R75 per month, you have access to a world of in-depth analyses, investigative journalism, top opinions and a range of features. Journalism strengthens democracy. Invest in the future today.
Subscribe to News24
Related Links
Collins Khosa death: Family's lawyer slams SANDF inquiry report as a 'sham'
ANALYSIS | Police brutality: Why it's easier for cops and soldiers to target poor, black people
Mapisa-Nqakula denies there is a report with findings into Collins Khosa's death
Next on News24
LIVE | Covid-19 in SA: 23 new deaths as cases hit 2 919 332

Lucky Sunday for 3 Daily Lotto players
Full list of lottery results
Lockdown For
DAYS
HRS
MINS
Voting Booth
Children between 12 and 17 can now be vaccinated against Covid-19. As a parent I am:
Please select an option Oops! Something went wrong, please try again later.
Relieved, it's been a long wait to this point
51% - 2915 votes
A bit hesitant, and will wait to see how it goes
21% - 1188 votes
Completely against my child getting the shot
29% - 1653 votes
Previous Results
Podcasts
PODCAST | My Only Story: Fiddling, sex jokes and flirting – another water polo coach exposed