'Dishonest' Limpopo lawyer struck off roll of advocates, but dismisses ruling as 'a joke' 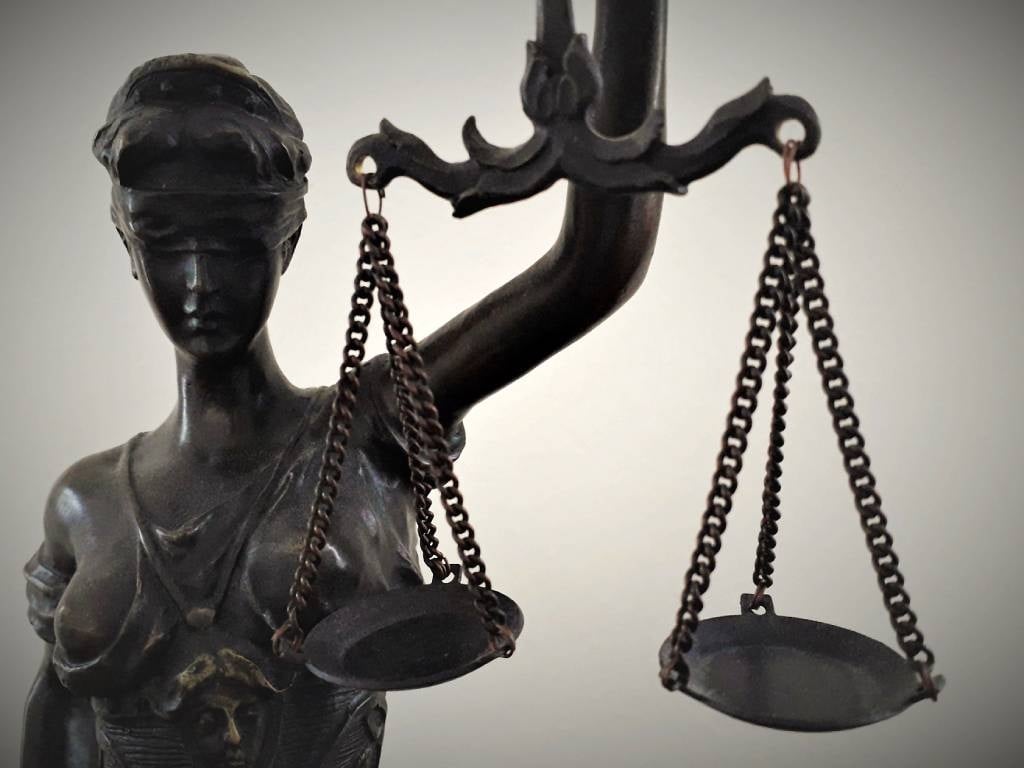 Kevin Maluleke has been struck off the advocates roll.
PHOTO: Blanchi Costela/Getty Images

Limpopo lawyer Kevin Maluleke, who publicly levelled serious allegations against some judges, has been struck off the roll of advocates.

Maluleke was described as "dishonest" and someone who was "not fit" to practise in a 2017 affidavit submitted by the Law Society of the Northern Provinces (LSNP).

The affidavit, which was deposed by then Legal Practice Council chairperson Mamathung Charlotte Mahlatji, was submitted in support of an application by the Limpopo Society of Advocates - the Limpopo Bar - to have Maluleke struck off the roll of advocates.

In its papers, the Law Society listed a chronology of events, which dated back to 2005, when Maluleke first entered into a contract with a firm of attorneys for articles of clerkship.

According to the affidavit, he terminated the contract for unknown reasons before moving to another law firm on 17 January 2006. In August that year, his principal at the law firm initiated disciplinary proceedings against him for theft and intimidation. He was eventually dismissed.

Maluleke then tried to enter into a third contract of articles of clerkship with another law firm on 5 June 2007. However, during the screening process, it was found that he was "not a fit and proper person to enter the profession".

The LSNP then initiated disciplinary proceedings against him on the basis of his history, and he was found guilty of the charges against him in August 2007.

READ | Why Zuma was present in court for private prosecution postponement

But that didn't stop him, the LSNP told the court. Maluleke applied to be admitted as an advocate at the Limpopo High Court in Thohoyandou, but concealed his previous misdemeanours. He was admitted on 6 December 2007.

In its papers, the LSNP argued that Maluleke might have committed perjury by concealing his history.

In addition, it mentioned complaints from members of the public and "wild allegations" Maluleke had made against Judge George Phatudi.

Mahlatji noted that Maluleke had indicated that he had laid a complaint with the Judicial Service Commission (JSC), but did not provide "details thereof to the court or anybody else".

Maluleke had also participated in a march in which he accused the judiciary of being corrupt, with "no milligram of evidence ever presented of any corruption by the judiciary", Mahlatji stated.

The LSNP affidavit told the court Maluleke was "clearly the leader" of the march, which was organised under the banner of a body called the Limpopo Legal Solutions.

Phatudi and Maluleke crossed paths in December last year when the Amalgamated Lawyers Association, of which Maluleke was the president, claimed Phatudi tried to influence Maluleke to block Judge Violet Semenya from being appointed as Limpopo deputy judge president.

The association described the allegations as "impeachable conduct" and indicated it intended laying a complaint. It's unclear if it laid a complaint with either the JSC or the Hawks.

Phatudi declined to answer the association's questions at the time.

In 2017, Maluleke successfully convinced Raymond Zondo - who was head of the JSC's Judicial Conduct Committee at the time - to reprimand another judge - Limpopo judge president Ephraim Makgoba - for using his "judicial power improperly" by threatening to deal with Maluleke "legally and professionally".

On Tuesday, Judges Natvarlal Ranchod and Brian Mashile ordered that Maluleke's name be struck from the roll of practising advocates by virtue of the stipulations of Section 7 of Act 74 of 1964.

Their reasons are expected to be delivered later.

Maluleke's bid to approach the court on an urgent basis was also denied by the court.

When approached for comment, Maluleke first denied knowledge of the decision.

However, after he was presented with the order, he said it was based on a law that had been repealed. He said he intended to appeal.

"That whole thing is a joke. That is the long and short of it, and that joke is the subject of an appeal. The Supreme Court of Appeal or the ConCourt will just throw the court order away," Maluleke said.

When asked about some of the claims made in the application to have him struck off the roll, Maluleke said "people are engineering all of these things".

He said the allegations were being levelled to taint his name and that of his association.

Editor's note: This story has been edited and information added for the further clarity. An initial version of this article stated that the Limpopo Society of Advocates had made reference of findings of dishonesty against Kevin Maluleke. This was in fact contained in an affidavit deposed on behalf of the Law Society of the Northern Provinces, which filed the affidavit in support of the Limpopo Society of Advocates. We apologise for the error, which has since been corrected. We also corrected an assertion that the application to have Maluleke struck off the roll was entirely unopposed. He, in fact, launched an urgent application. We apologise for these errors.

We have since corrected references to allegations made against Judge Madala Mphahlele.

We have also clarified, for accuracy, references to Maluleke's involvement in an anti-corruption march.