'Disingenuous' EFF had no evidence Gqubule and Harber were Stratcom agents, court finds 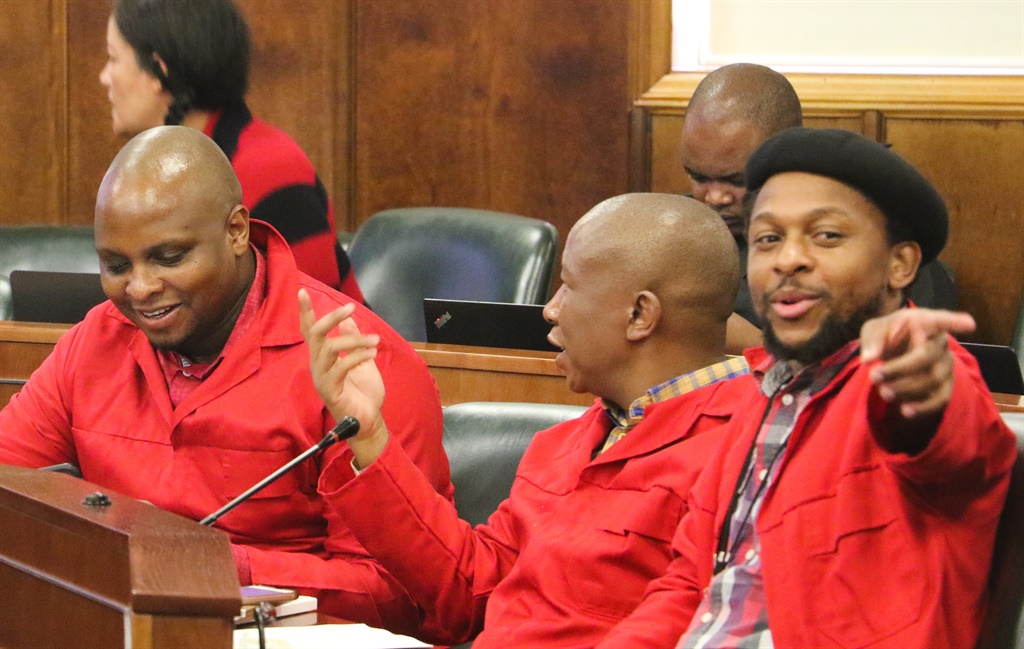 The EFF and its spokesperson Mbuyiseni Ndlozi didn't place any evidence before the court that veteran journalists Thandeka Gqubule and Anton Harber were "Stratcom" agents, the Gauteng High Court in Johannesburg found on Friday.

Judge Lebogang Modiba found Ndlozi and the EFF's labelling of Gqubule and Harber as Stratcom agents in a press release to be unlawful.

She ordered Ndlozi and the EFF to, within 24 hours of the granting of the order, remove the statements from all their media platforms, including their website and Ndlozi's Twitter account, and to publish a notice on platforms where the statements had been published in which they unconditionally retract and apologise.

They were interdicted from publishing any statements that say or imply that the journalists worked for or collaborated with the apartheid government.

The EFF and Ndlozi were ordered jointly and severally to pay damages of R40 000 to each of the applicants, as well as Gqubule and Harber's costs.

Gqubule and Harber asked for damages of R500 000 each, but Judge Modiba found mitigating circumstances, in that they brought the case four months after the statement was made. She said that they were not interested in money and were selective in their response to people who published the allegations against them.

On April 4, 2018, HuffPost SA posted a video clip of an interview conducted with Winnie Madikizela-Mandela in June 2017. The interview was arranged after the screening of the documentary Winnie.

In the clip, Madikizela-Mandela referred to Gqubule, Harber and Nomavenda Mathiane. She said Gqubule was negatively disposed toward her and that the Weekly Mail, which Harber founded and edited in the 1980s, was "anti-me and anti-ANC".

She then claimed the Weekly Mail "actually did the job for Stratcom".

"Former apartheid special branch police have indicated that they had 40 journalists on their payroll working to destroy Mama Winnie Mandela. In a video recently released by Huffington Post, Mama Winnie Mandela mentions the current editor of Economic News in the SABC, Thandeka Gqubule, and Anton Harber, former editor at eNCA and a Wits Media and Journalism professor, as having worked for Stratcom," the statement read.

In August, Harber and Gqubule brought their defamation application to the court.

Judge Modiba found Ndlozi and the EFF's denial that they had directly called the applicants Stratcom agents to be disingenuous.

"The EFF statement and Dr Ndlozi's gloss demand that as part of these journalists, the applicants must confess and ask for forgiveness for their collaboration with Stratcom. In the EFF statement, the respondents do not draw a distinction between the 40 journalists alleged to be on the Stratcom list and the applicants. On the contrary, they imply that the applicants are part of the list as they have been named by Ms Madikizela-Mandela as having worked for Stratcom."

Judge Modiba rejected the argument that Madikizela-Mandela's evidence before the Truth and Reconciliation Commission attested to the truth of the allegations.

"The respondents have not presented any evidence before this court of the truthfulness of the allegations. They clearly did not have such evidence when they published the statements. They have not taken the court into their confidence regarding the steps they took prior to publishing the statements to verify their truth."

Judge Modiba said she was of the view that it was appropriate to extend the reasonable publication defence to parties who were not part of the media.

"I also do not agree that the public access to social media justifies such an extension. The respondents' conduct in this case demonstrates how toxic social media can be, due to the absence of regulation."

She said the media was "an organised profession bound by media ethics as set out in the Press Code", whose members were held accountable.

"Further, it [the Press Code] requires journalists to only report what is true, having regard to the source of the news as fact, but to publish such facts fairly and with due regard to the context and the importance of the news," she said.

"There is no mechanism that regulates the conduct of general members of the public including non-media entities on social media. Extending this defence to non-media players will lower the threshold for defamation, thereby encouraging reckless publication of information that has not been verified, under circumstances where the publisher is not bound to act fairly towards the implicated person as journalists are."

She said, while it was in the public interest to know whether any journalists worked with "with the apartheid machinery to peddle misinformation against organisations", in more than twenty years, "no shred of evidence has been advanced by the originator of the allegations made against the applicants [Gqubule and Harber] or the respondents before court, yet they are published as a foregone truth, despite knowledge by the publishers that the allegations have not been verified".

We live in a world where facts and fiction get blurred
In times of uncertainty you need journalism you can trust. For 14 free days, you can have access to a world of in-depth analyses, investigative journalism, top opinions and a range of features. Journalism strengthens democracy. Invest in the future today. Thereafter you will be billed R75 per month. You can cancel anytime and if you cancel within 14 days you won't be billed.
Subscribe to News24
Related Links
EFF and Ndlozi ordered to pay veteran journalists R40k, apologise for Madikizela-Mandela...
Zondo commission: SABC journalist told not to report on political events that led to Nenegate
Next on News24
BREAKING NEWS LIVE | KZN legislature reshuffle: Zikalala back in the executive