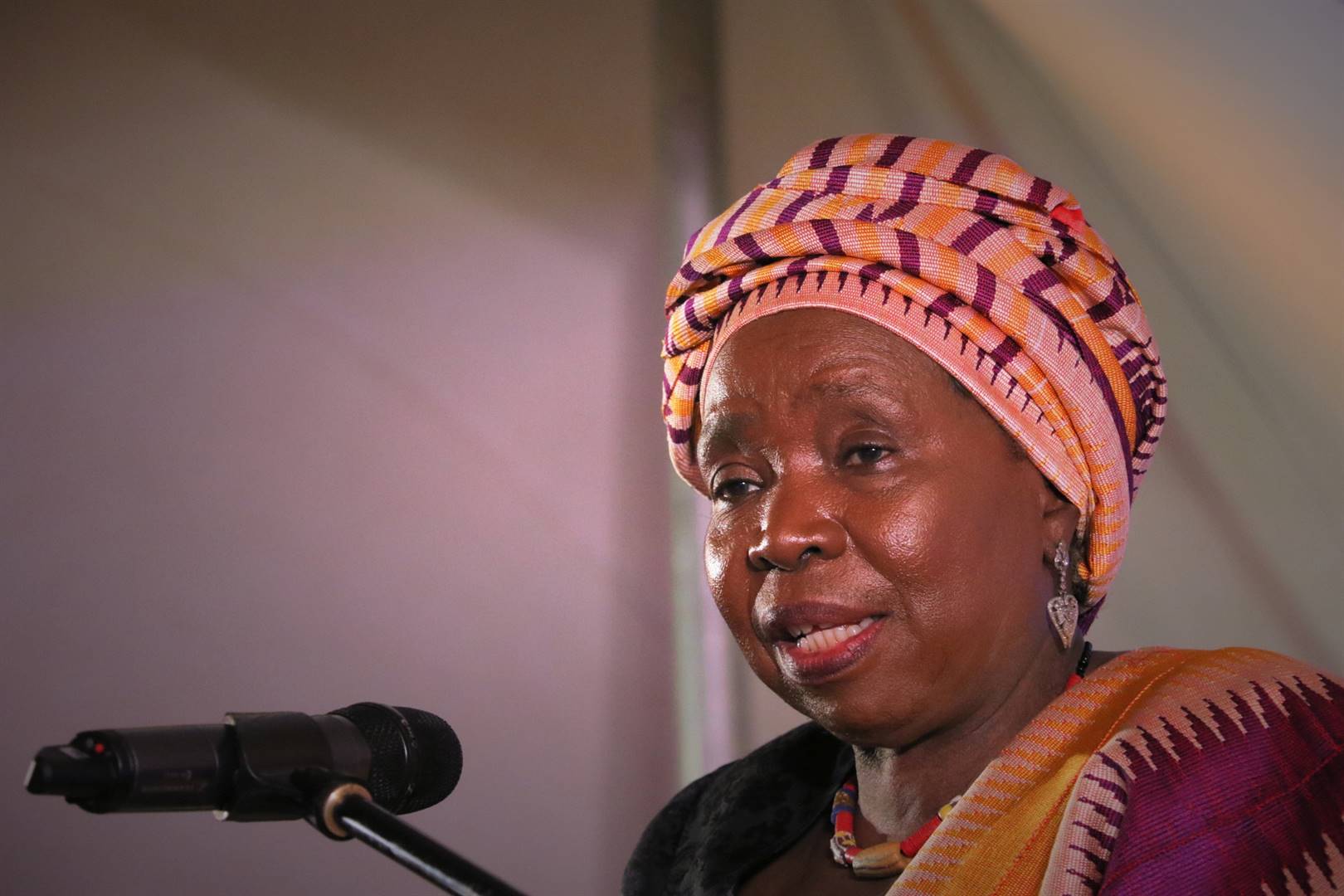 Cooperative Governance and Traditional Affairs Minister Nkosazana Dlamini-Zuma has filed an application for leave to appeal against a High Court judgment that declared various regulations governing levels 3 and 4 as unconstitutional and invalid.

In the application, her lawyers argued Judge Norman Davis had erred in striking down the disaster regulations on the basis that a number of Level 3 regulations were irrational and unconstitutional.

"The appeal will have a reasonable prospect of success," it says in court papers.

The judgment was handed down last Tuesday following an urgent application brought by the Liberty Fighters Network (LFN) and Hola Bon Renaissance Foundation.

Davis, in his judgment, slammed a number of the regulations, saying besides the specific ones cited, "there are many more instances of sheer irrationality included therein".

He said the regulations surrounding funerals were "not only distressing, but irrational".

Davis added little or no regard was given to the extent of the impact of individual regulations on the constitutional rights of people and whether the extent of the limitation of their rights was justifiable or not.

But, Dlamini-Zuma argues that the applicants did not raise an "irrationality attack against the lockdown regulations generally at all".

"The applicants accordingly did not raise any valid constitutional attack on the lockdown regulations at all. They did not raise a general irrationality attack. They raised an attack under the Bill of Rights on unidentified regulations.

"The applicants' failure to raise any valid constitutional attack was not merely a formal defect. It made it impossible for the minister to know what case to meet. She could not defend the rationality of reasonableness of any regulations under attack."

The court papers stated the application was an attack limited to the disaster regulations up to Level 4 regulations, adding it was not aimed at Level 3 regulations which had not yet been promulgated.

"The minister was accordingly never called upon to defend the Level 3 regulations and indeed never had an opportunity to do this."

The papers said the court held a limited number of provisions of the Level 3 regulations were invalid but only identified a number of them.

"The court's finding that a limited number of Level 3 regulations are unconstitutional did not justify its order striking down all lockdown regulations, including all the Level 3 and 4 regulations," read the court papers.

EXPLAINED | Here's what the courts said about govt's lockdown regulations

Dlamini-Zuma's lawyers argued the judgment went beyond its pleadings and an appeal against the ruling should be urgently heard and determined by the Supreme Court of Appeal.

"The regulations drastically affect the lives of all South Africans on a daily basis. If they are in breach of the Constitution, that needs to be determined as a matter of high urgency."

We live in a world where facts and fiction get blurred
In times of uncertainty you need journalism you can trust. For only R75 per month, you have access to a world of in-depth analyses, investigative journalism, top opinions and a range of features. Journalism strengthens democracy. Invest in the future today.
Subscribe to News24
Related Links
Cabinet to appeal judgment declaring lockdown regulations for levels 3 and 4 invalid, confident...
Why lockdown judgment opens up the possibility for more lawsuits against government
Lockdown regulations: Here are some of the challenges the government is facing in the courts
Next on News24
LIVE | Covid-19 in SA: Death toll at 86 216 as cases rise by 1 504

R420k for one Daily Lotto player!
Full list of lottery results
Lockdown For
DAYS
HRS
MINS
Voting Booth
With the Springboks losing their last two matches against Australia, how concerned are you?
Please select an option Oops! Something went wrong, please try again later.
Very concerned! Something is not right ...
59% - 1784 votes
I'm not worried. Every team has a bad game. The Boks will bounce back.
17% - 517 votes
It's too early to tell. Let's see how they go against the All Blacks.
24% - 731 votes
Previous Results
Podcasts
PODCAST | My Only Story: Teen's suicide reveals shadowy ring of predators at top SA schools