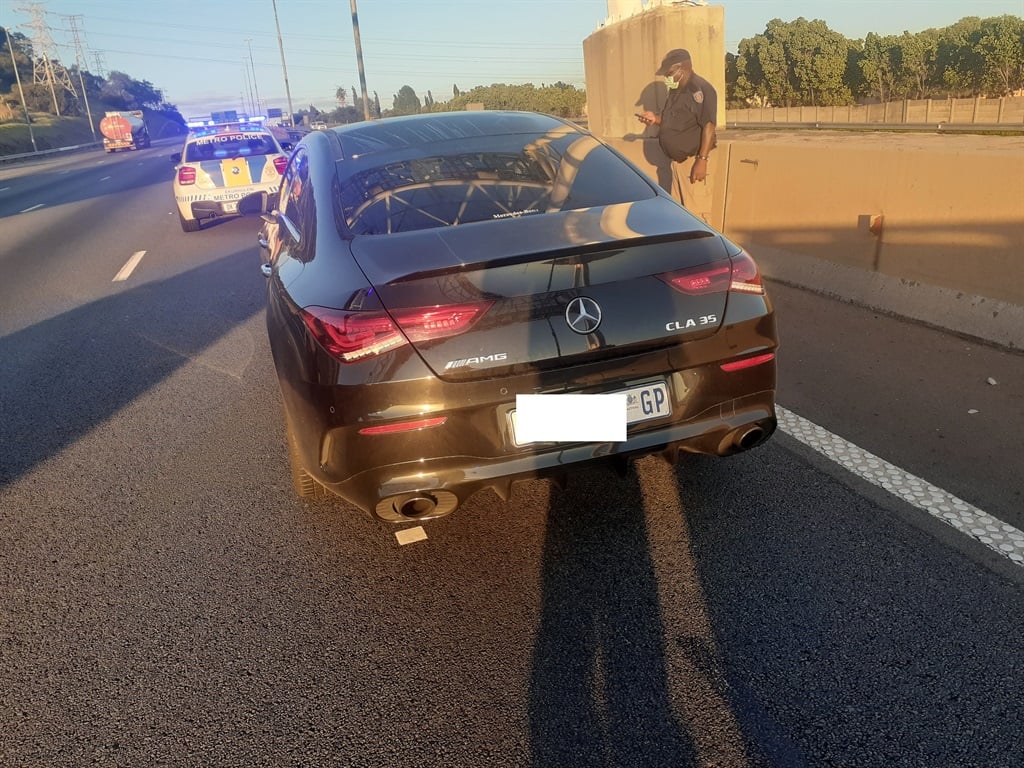 A doctor has been arrested for speeding in Alberton.

A 32-year-old doctor rushing to work in her Mercedes-Benz was arrested for speeding by the Ekurhuleni Metro Police (EMPD) following a high-speed chase on Saturday morning.

She was one of three motorists caught by Speed Enforcement Unit members for driving over the stipulated speed limit in Alberton.

The EMPD said the uncooperative health practitioner was caught at 06:45 by officers monitoring the N12, which is zoned 120km/h.

She was driving at 178km/h in a black Mercedes-Benz sedan.

The Speed Enforcement Team had to call for back-up and gave chase, it added.

"The furious lady offender stopped her Merc in the middle of a freeway and as she alighted, she was already fuming and taking video clips [using her cellphone] of officers without consent, violating their rights.

"The medical doctor, citing that she was late for work, was immediately handcuffed and marched to Alberton police station," said EMPD spokesperson Kobeli Mokheseng.

Asked what if she was rushing to save a life, Mokheseng added: "First of all, motor vehicles of doctors, whether private or subsidised, they must have a sticker on the front windscreen written 'doctor', they come in red and white colours. That vehicle did not have a sticker.

"Secondly, doctors on call will have either a red or amber portable flashing light. When we stopped that lady, there was none of the above.

"Thirdly, we all have what is known as warning lights or hazards in our vehicles, that in case of the emergency, you could apply those hazards warning other motorists that there is an emergency. None of the above happened."

Meanwhile, metro police officers caught a 25-year-old driver of a Ford Ranger light delivery vehicle driving at 105km in a 70km/h on Swartkoppies Road between Vermouten and Hennie Alberts.

When stopped, the driver told them he and his female passenger were late for shopping.

The lawbreaker was escorted to the Brackendowns police station, Mokheseng said in a statement, adding both faced charges of reckless and negligent driving and were expected to appear in the Palmridge Magistrate's Court soon.

"We wish to indicate that, as the Ekurhuleni Metro Police Department, we do allow members of the community/public to take pictures/photos or videos of our officers while performing their duties but there are procedures to follow and consensus is key," said Mokheseng.

Did you know you can comment on this article? Subscribe to News24 and add your voice to the conversation.
We live in a world where facts and fiction get blurred
In times of uncertainty you need journalism you can trust. For 14 free days, you can have access to a world of in-depth analyses, investigative journalism, top opinions and a range of features. Journalism strengthens democracy. Invest in the future today. Thereafter you will be billed R75 per month. You can cancel anytime and if you cancel within 14 days you won't be billed.
Subscribe to News24
Next on News24
BREAKING NEWS LIVE | Limpopo cops arrest 5 alleged farm attackers, recover guns and stolen cash