Drugs, Viagra and hard cash among goods worth R1.7bn seized by taxman in early 2018 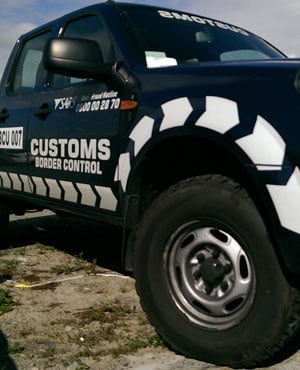 More than R1.7 billion worth of goods have been confiscated by customs officials in the first half of 2018, according to the taxman.

Among the goods are drugs worth millions, seized at the airport in Johannesburg, as well as cash and Viagra pills.

Among the high-profile drug busts SARS officials have made is the confiscation of ketamine (Special K) and methaqualone (Mandrax) worth R32m at OR Tambo International Airport in April. The drugs were apparently brought into South Africa from Kenya.

The following month, Viagra pills worth R30m were confiscated.

In February, currency valued at R15m and abalone worth R2.3m were also seized.

The busts took place in various locations, including OR Tambo International and harbours in Durban and Port Elizabeth.

SARS spokesperson Sicelo Mkosi said the number of busts in the first six months of 2018 increased from the same period the previous year.

Acting chief officer for customs and excise, Beyers Theron, has commended officers for their successes.

He said customs and SARS needed to do more to make inroads.

"We need to start looking at trends and patterns and becoming more strategic in the way we are dealing with some of these risks."

(Supplied)
We live in a world where facts and fiction get blurred
In times of uncertainty you need journalism you can trust. For only R75 per month, you have access to a world of in-depth analyses, investigative journalism, top opinions and a range of features. Journalism strengthens democracy. Invest in the future today.
Subscribe to News24
Related Links
IN PICS: Police bust Durban drug lab valued at R2m
Man nabbed after checking-in suitcases stuffed with R6.9m
Man arrested after drug bust worth over R100K at OR Tambo airport
Next on News24
LIVE | Covid-19 in SA: 11 767 new cases, 100 more deaths

3 scoop the Daily Lotto jackpot
Full list of lottery results
Lockdown For
DAYS
HRS
MINS
Voting Booth
When and why would you have your or your partner's sperm count checked?
Please select an option Oops! Something went wrong, please try again later.
That's an unnecessary procedure
16% - 820 votes
As soon as we decide to start a family
7% - 371 votes
Only if we're struggling to conceive
76% - 3795 votes
Previous Results
Podcasts
News24's 'Exodus' series awarded best global podcast of the year