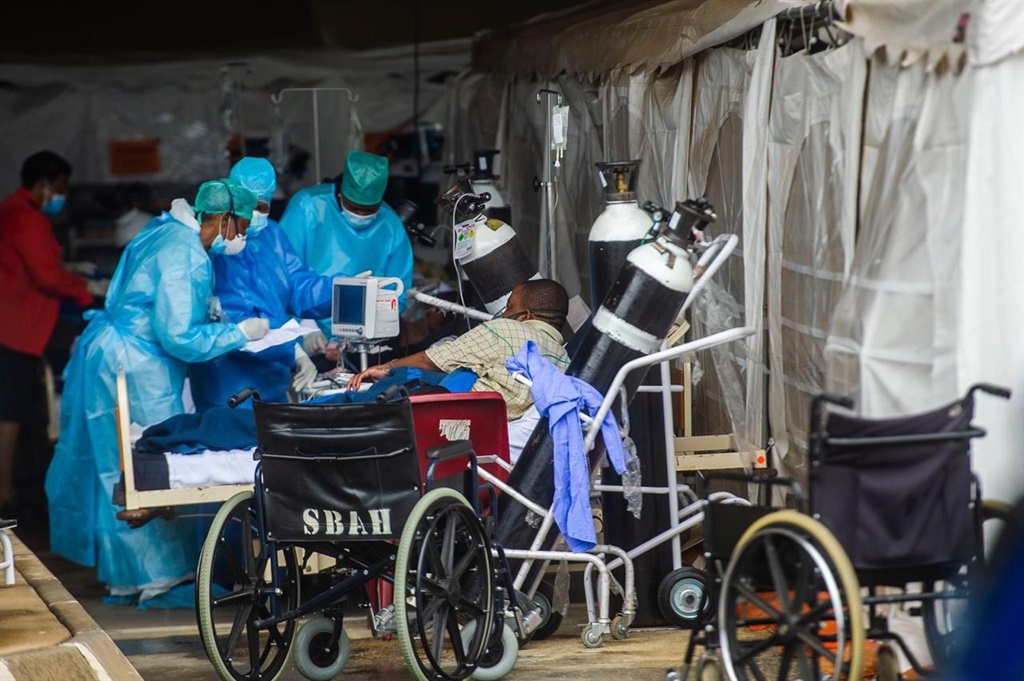 After a public outcry coupled with protest action, the Eastern Cape health department has sourced R400 million to keep 8 000 Covid-19 contract workers employed for the next three months and community workers for another 12 months.

The contracts of the frontline workers were due to end on Wednesday, 31 March, but with the funding obtained, they will be able to work for another couple of months.

The move comes after extensive consultations, the department announced this week.

The decision to extend the contracts was taken after a technical team led by Eastern Cape Department of Health acting Superintendent-General Dr Sibongile Zungu made recommendations to Health MEC Nomakhosazana Meth.

This came after Premier Oscar Mabuyane, Meth, Finance MEC Mlungisi Mvoko and representatives of the affected workers met earlier this month to discuss how best to handle the matter, which sparked an uproar.

"While the department has serious budgetary constraints, the workers' contract extension was prioritised, with the R400 million needed to pay their salaries being found. But this means we have only managed to identify just over R400 million to extend the contracts. Ideally, we would have extended their contracts long ago or advertised the positions if we did not have financial challenges," the department said.

MEC Meth said with the third wave of Covid-19 infections expected to hit South Africa soon, the province needed all hands on deck.

This is why we need to renew their contracts so that they will continue what they have been doing and help us to reduce the spread of the virus. We would love to permanently employ all of them, but the truth is that we just don't have the budget. This is largely because of medico-legal claims, which we are working tirelessly to address.

The MEC called on communities to continue adhering to lockdown regulations by wearing masks when in public, keeping at least a two-metre distance from others and regularly washing hands with soap and water or alcohol-based hand sanitiser.

"This fight is not a government fight but our fight as people in general. We have to continue fighting until all of us are vaccinated as we are busy rolling out the vaccine, starting with our brave healthcare workers first," Meth added.

The Democratic Nursing Organisation of South Africa (Denosa) has welcomed the extension of nurses' contracts.

In February, the Eastern Cape Department of Health sparked public outcry after it issued letters of termination of contract to more than 8 000 healthcare workers.

Denosa said the department's move was ill-advised and short-sighted considering the province had a chronic shortage of healthcare personnel.

"With this extension, we hope that the healthcare workers will work as a united force as we face the possibility of a Covid-19 resurgence in the upcoming winter season," Denosa said.

"Any consideration of sending these employees home was counter-productive in the already ailing healthcare system. Denosa is delighted to see that the department has come to its senses in extending the contracts. Denosa was hoping that these employees will be permanently absorbed into the system. The extension of contracts by a couple of months throws a lifeline to the employees and it opens more opportunities to engage the department towards permanent employment," the union said in a statement.