Eastern Cape initiates die after not given enough water 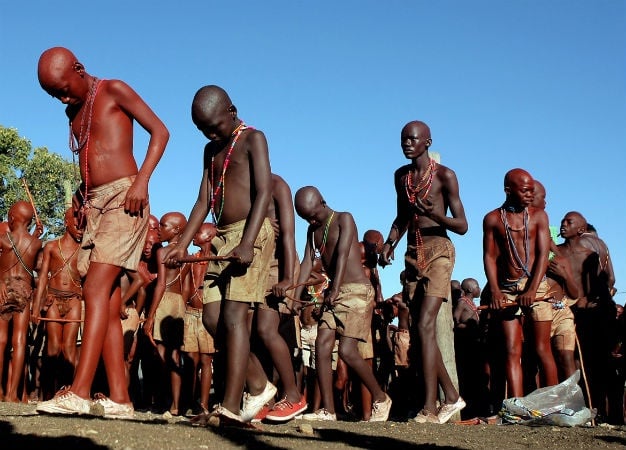 Two men, both aged 20, have become the first casualties of this year's summer initiation season in the Eastern Cape, just a few days after it got underway.

The two reportedly died on Thursday and Friday after suffering from dehydration.

"The two initiates were circumcised on November 6 and 9 and died because of dehydration," provincial cooperative governance and traditional affairs (Cogta) spokesperson Mamkeli Ngam told News24.

Ngam said Cogta MEC Fikile Xasa dispatched officials to investigate the cause of death and a preliminary investigation had been conducted.

"The confirmation was that indeed, they were not given enough water. It is against the law to deny initiates or any other person water because water is a basic human right," Ngam said.

He said the team that was sent to investigate was compiling a report that would be presented to the MEC.

Ngam added that the Eastern Cape government leadership had decided that there would be severe consequences for any negligence detected at any of the province's initiation schools this season.

He said the severe consequences would also apply to the parents and communities who should also play a role in ensuring that initiates are safe.

"The [Eastern Cape] Customary Male Initiation Practice Act is there and has been explained to everyone. Everybody has the responsibility starting from the parents, families, communities, traditional leaders, ingcibi namakhankatha [traditional doctors and nurses]," Ngam said.

"It's unthinkable to say that initiates will not be given water for them to heal, so there must be consequences because the right to water is a constitutional right for everyone and should not exclude initiates," he said.

Ngam said what was most important to the department was to have the process monitored to ensure that all districts and metro municipalities in the province are ready for the season.

"Our role is to intervene in areas where there's a need. Our teams on the ground are ready to roll to ensure that they are going to monitor. However, we cannot be in each and every corner and that's why we encourage parents and communities to play a role," Ngam said.

He said it was important for parents to work with traditional leaders to ensure that they weren't operating illegally.

The summer initiation season was launched last Friday. Ngam added that all stakeholders, including the department of health, traditional leaders and police, were committed to ensuring deaths at initiation schools were curbed this season.