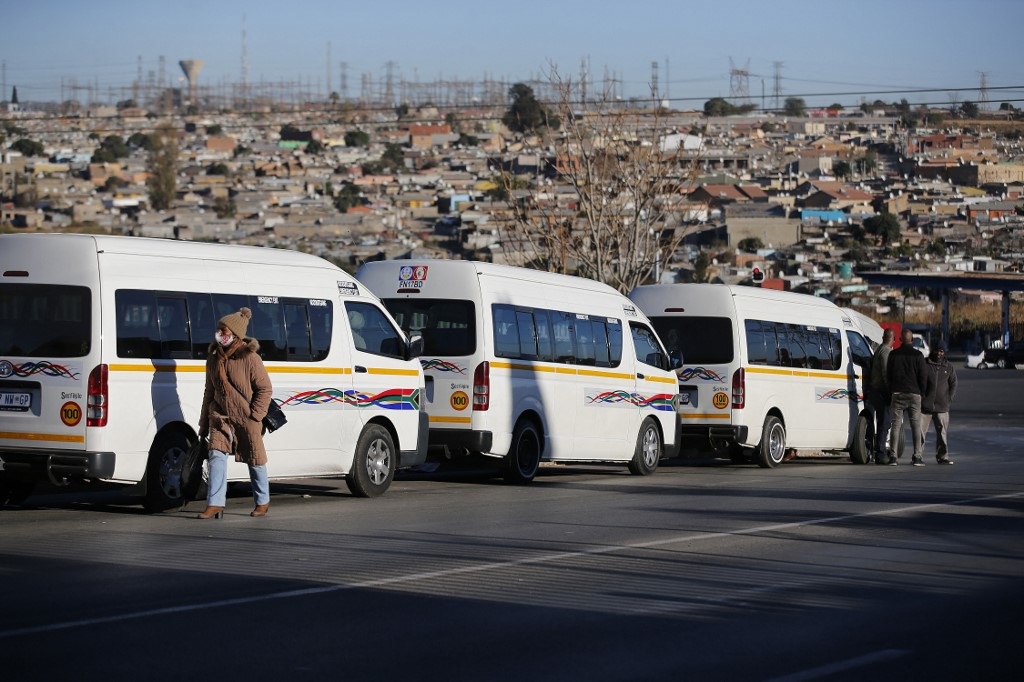 The Border Alliance Taxi Association (BATA) in Ngcobo in the Eastern Cape is getting ready for battle and has bought 270 sjamboks for its members to use on looters.

The alliance's deputy chairperson, Vuyo Mgudlwa, said BATA spent R75 000 on the weapons to ensure that they could prevent the province from descending into the kind of madness seen during the recent unrest and looting in Gauteng and KwaZulu-Natal.

Due to fears that the riots could spread to other provinces, the Eastern Cape government joined forces with the taxi industry to assist the police in guarding shopping malls.

We opted to buy sjamboks because we don't want to use deadly weapons. Sjamboks will not kill anyone. We just want to whip them to keep them away.

"Our organisation further allocated a budget to ensure  that we can purchase fuel for the taxis that will go around during the patrols," Mgudlwa said.

The small town of Ngcobo made headlines in 2018 when five on-duty police men and an off-duty soldier were gunned down.

Mgudlwa said the community was still trying to heal from the scars of that massacre and would not allow another one.

"It is business as usual in Ngcobo, we have protected all the shops in the town against potential looters. Our chairperson, Mr Mcwecwe, and the entire executive met and gave us a green light to purchase the sjamboks," he added.

The protection of malls and supermarkets is in line with a directive from the umbrella body of different taxi associations, the SA National Taxi Council (Santaco).

Premier Oscar Mabuyane praised taxi operators for standing up against the looting.

On Monday, Mabuyane met with taxi bosses and directed the mayors of 39 municipalities to work with local taxi associations to coordinate strategies to defend the economy.

In a statement this week, Santaco said the taxi industry would not have passengers if malls, shopping centres and businesses were destroyed and closed.

Sweet Sunday for 2 Daily Lotto winners!
Full list of lottery results
Lockdown For
DAYS
HRS
MINS
Voting Booth
Have you ever purchased a fake luxury/designer item?
Please select an option Oops! Something went wrong, please try again later.
Yes, I believed it was authentic
7% - 279 votes
Yes, I didn't want to spend that much money on the original item
19% - 785 votes
No, I always shop at reputable stores
14% - 550 votes
No, I don't wear designer clothing
60% - 2445 votes
Previous Results
Podcasts
PODCAST | The Story: Spotlight on filicide - what triggered Lauren Dickason? And how to get help