On Thursday, they squared off in the first of News24's Town Hall debates, chaired by editor Adriaan Basson and politics editor Qaanitah Hunter, in the run-up to the 1 November municipal elections.

The provision of affordable housing in Cape Town, against the backdrop of inequality and the legacy of apartheid spatial planning, was a hotly debated topic.

Herron said if GOOD were to take control of the City, they would immediately revive projects initiated in 2017, when he and De Lille were still at the city council, but abandoned after they left. These projects would develop housing on city-owned land.

"And then the DA stopped us from proceeding. And Geordin was directly involved in that. I mean, he took me to a funder who would only meet with the DA if I was part of the meeting. And in that meeting, I was cross-examined on what I was proposing on those five sites. And then I was asked to leave that meeting when the funding discussion took place," he said. 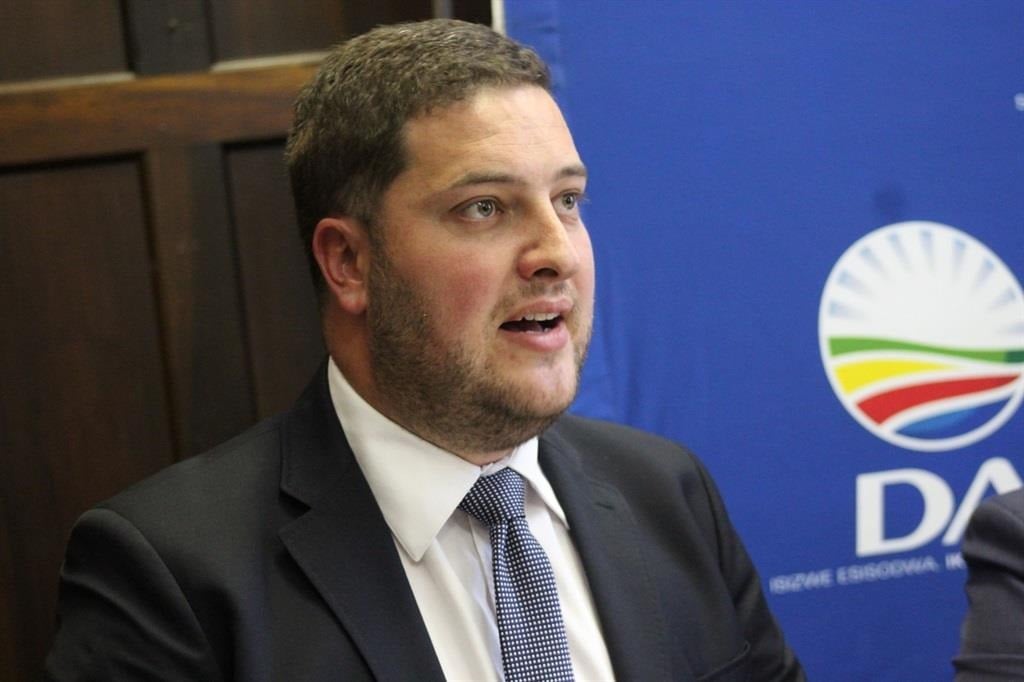 He said he continued to receive monthly funding reports because he attended the meeting.

"The DA funder refused to make a donation for the whole time I was there. It is very clear to me that that funder influenced the DA's decision to block the release of that inner-city land for affordable housing."

Hill-Lewis responded that Herron was "really starting to emerge as a candidate that has trouble with the truth".

READ MORE | Elections 2021: Why housing crisis will have an impact on voting patterns in Cape Town

"Let me tell you the truth," Herron hit back. "The truth is that in the DA, once you brought a funder in, that is your funder to manage. The funder was a property developer who built a building right next to one of the sites where we wanted to release for affordable housing. The funder wouldn't meet with Geordin unless I was in the meeting, so the DA's fundraising office asked me to accompany Geordin. "You can draw the conclusion, two months after we left the City, the projects were cancelled, and I would like to see the report from that funder to see if that funding eventually materialised when they managed to influence the blocking of affordable housing in the inner city because it didn't suit their profit agenda. So Geordin was directly involved in the cancelling of those projects."

To which Hill-Lewis said: "That's a lie. That's a bald-faced lie."

Neither Herron nor Hill-Lewis said who this funder and developer was.

Dugmore claimed that elite developers had captured the DA in Cape Town, and that was why they're not releasing land for affordable housing.

"We say, stop the sale of all public land owned by the City." Dugmore said Hill-Lewis was a shareholder in a company that bought a property in Milnerton and asked him if he influenced DA officials in the City.

"We bought a house in Milnerton on Koeberg Road. It was an R3 million house, it was an old derelict house, and we wanted to start a little property start-up to redevelop that property. The property was not owned by the City ever. It was owned by an elderly German man. And that's it, that's the story," Hill-Lewis said.

"We bought a house in Milnerton. That's hardly scandalous. Please stop and trump it up into something it isn't. We didn't speak to a single City official. That's not how we work in the DA, Cameron. I know that's how it works everywhere in the ANC."

Herron left the DA in November 2018, a day after De Lille's acrimonious split with the party. At the time, he cited a "cabal" that thwarted the City's purchase of the Salt River Market for affordable housing as the final straw.

The housing issue had been hotly contested between the DA and GOOD in Cape Town in the build-up to the election.