Only two days after celebrating her 80th birthday, a critically endangered tortoise has surprised her caretakers by laying two eggs.

She is already a mother of five. Along with her 35-year-old husband, Astro, the family lives at the wildlife centre. 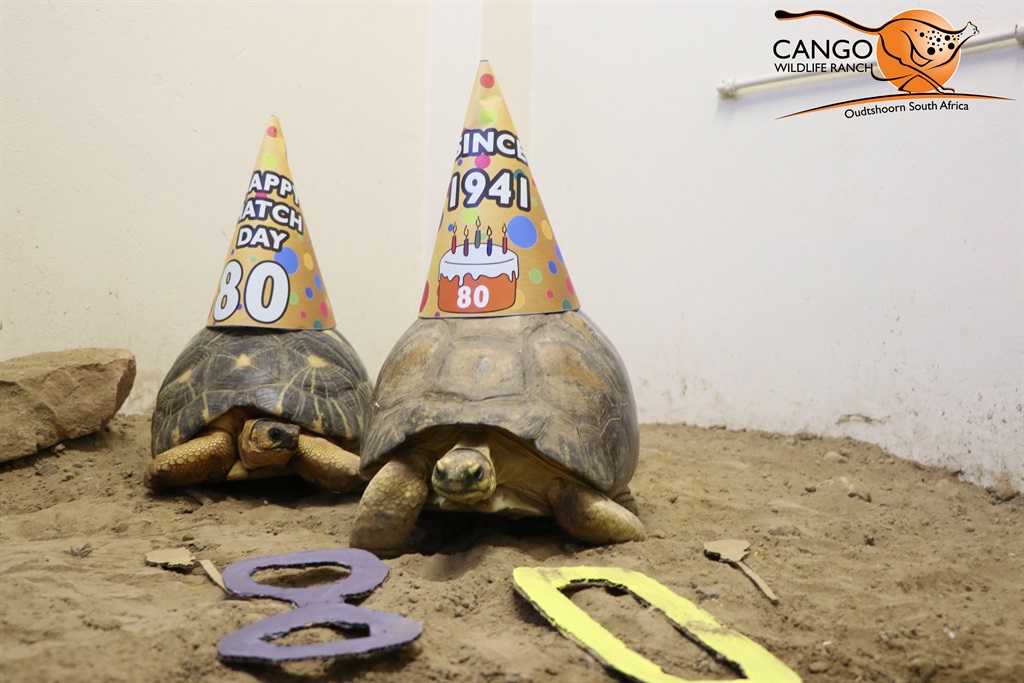 The tortoises usually only started producing eggs once they have grown longer than 30cm, said zoological assistant director Narinda Beukes.

"They can lay multiple clutches of eggs throughout the season, which is anything from three to 12 eggs per clutch. The multiple clutches depend on seasons and environmental conditions. Egg production can also increase when they are around 15 to 20 years old," she added.

Agatha and Astro joined the wildlife centre almost a decade ago when they were donated by a facility in KwaZulu-Natal in April 2012. Her five young hatched two years ago - something Beukes described as a "phenomenal contribution to the population management of these rare and beautiful reptilia".

Indigenous to Madagascar, these tortoises occupy a narrow band of spiny forest along the island's south-west coast. The species appears to have disappeared entirely from about 40% of its past range due to habitat destruction and hunting.

"It is estimated that their population has declined by 80% over the past five decades," said Beukes.

But young produced in captivity, such as Agatha’s brood, could hold the key to conserving this and other critically endangered species.

"There are 39 animal species currently listed by the IUCN as extinct in the wild. These are species that would have vanished totally were it not for captive populations around the world, many of which reside in zoological facilities.

For species whose survival in the wild looks in doubt, we are setting up animal 'insurance' populations, captive groups of animals that could, in a worst-case scenario, assist in reintroduction to the wild should the original population become extinct.

But for now, the young tortoises will be kept at the wildlife centre.

"Due to habitat destruction and poaching of radiated tortoises in Madagascar, they do not have a safe and sustainable home to be released into.

"Accredited zoological facilities around the world like Cango Wildlife Ranch are working with Madagascar groups to assist in the conservation of their natural habitats and to reduce poaching," Beukes said.

And in the meantime, the eggs will be in good hands at the wildlife centre.

"The eggs need to be handled carefully in captivity. The eggs are removed from the substrate that they were laid in and placed in our special incubation substrate, but it is crucial that the angle of the eggs is not altered," she added.

For the first month, the eggs will undergo a period of suspended development at a constant temperate. They will then be placed into an incubator that maintains the ideal temperature and humidity level.

"Some eggs might naturally be infertile and others may have sustained damage when laid and may only be noticed later in the incubation period. The eggs are monitored regularly to maintain ideal conditions to ensure a successful hatch," said Beukes.

The eggs are expected to hatch in five to eight months.