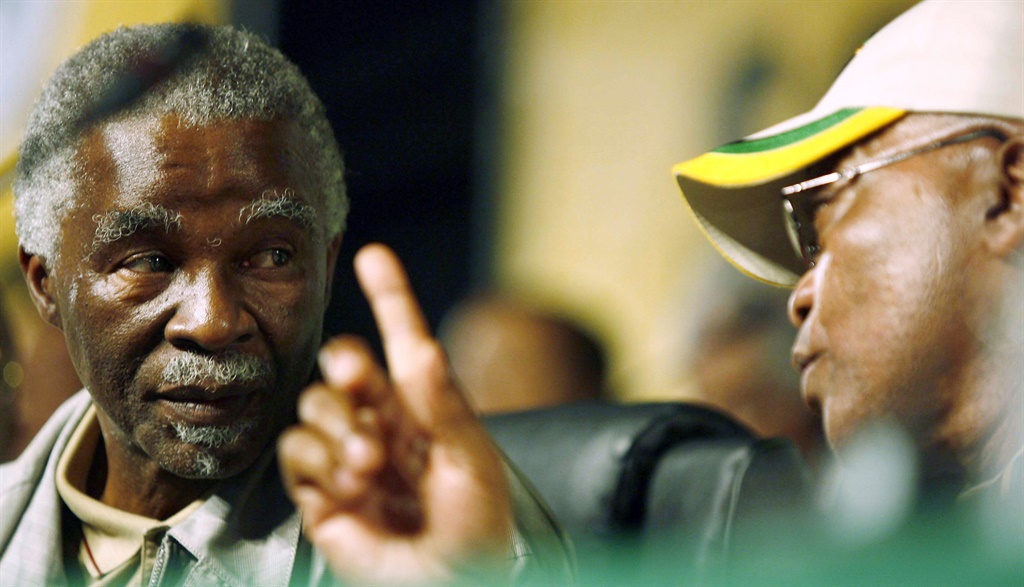 Thabo Mbeki and Jacob Zuma at the ANC national conference in Polokwane in 2007.
PHOTO: Gallo Images

Former prosecutions boss Bulelani Ngcuka claims then-president Thabo Mbeki was visibly pained when he first revealed to him there was tangible evidence of corruption against Jacob Zuma.

Ngcuka - who later made the history changing call not to charge Zuma with corruption alongside his former financial advisor Schabir Shaik - described how he met with Mbeki after prosecutors uncovered the so-called encrypted fax evidence against the then-deputy president.

The encrypted fax was found in the Shaik trial to have recorded a R500 000 per year bribe for Zuma from French arms company Thomson CSF (now Thales).

Here are the Daily Lotto numbers
Full list of lottery results
Voting Booth
Have you and your family been counted in Census 2022?
Please select an option Oops! Something went wrong, please try again later.
Yes
48% - 1233 votes
No
52% - 1359 votes
Previous Results
Podcasts
PODCAST | The Story: How one incident at Stellenbosch University sheds light on deeper issues