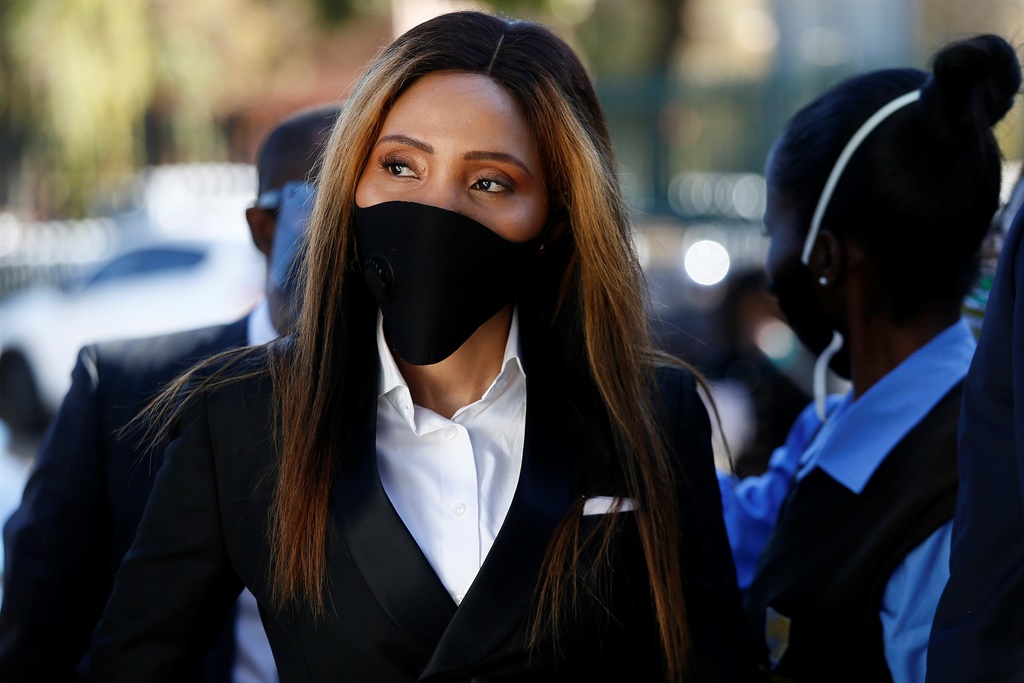 Norma Gigaba arrives at the Hatfield Magistrates Court on 3 August. She has been charged with malicious damage to property and crimen injuria.
Phill Magakoe, Gallo Images

Former Finance Minister Malusi Gigaba's wife Norma has laid the blame for her highly publicised arrest firmly on her "serial philanderer" spouse – and has accused the Hawks of not only unlawfully seizing her cellphones and devices, but deleting messages, images and data from them as well.

"The purpose for the deletion is completely nefarious, unlawful and potentially constitutes a criminal offence. That it had been perpetrated in conjunction with the Hawks is totally unconscionable," she states in court papers filed at the Gauteng High Court in Pretoria on Wednesday morning.

In those documents, Norma Gigaba describes her husband as a former minister and "powerful individual in the political and public life of South Africa" who "accordingly has easy access to the state security apparatus, including rogue elements, such as those involved in the violations of my rights as a person, a citizen and as a woman".