EXPLAINER | SARU clears Eben Etzebeth of racism claims but where to from here for SAHRC process? 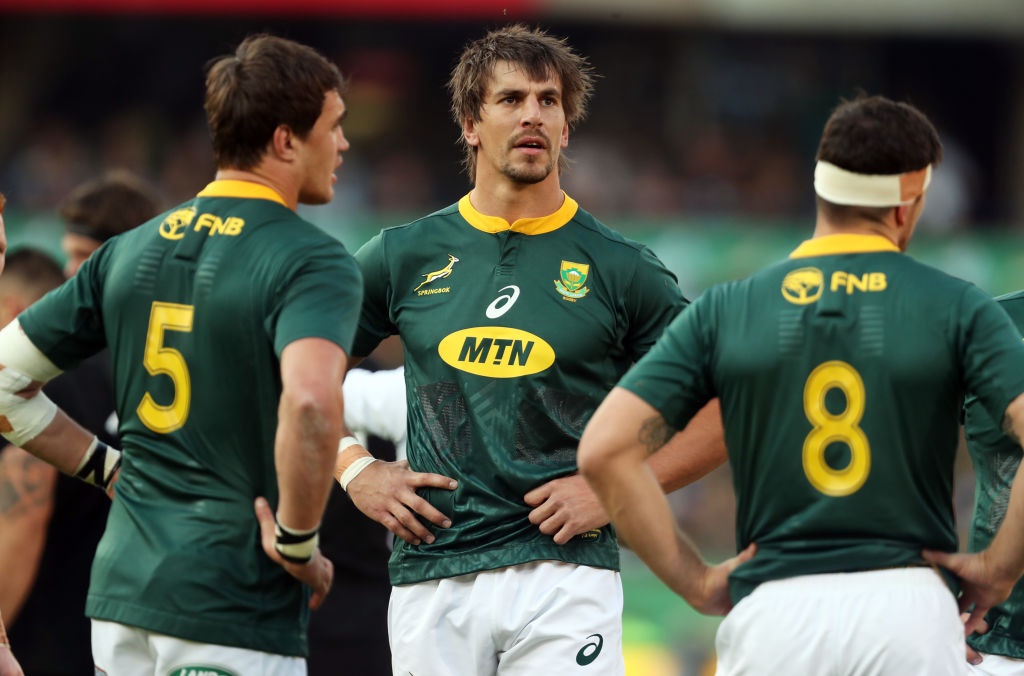 SA Rugby has cleared Springbok lock Eben Etzebeth of racism and assault following an internal investigation, but this is not the end of the road for the rugby player.

Etzebeth made headlines in 2019 when he was accused of using a racial insult after leaving a pub, with a group of friends, in Langebaan on the West Coast in the early hours of 25 August 2019.

The group was also accused of physical assault.

According to a story by Rapport, former judge Johann van der Westhuizen presided over the internal investigation and found that there were no grounds to proceed with a case. However, Etzebeth still has a case to answer with the Equality Court and the National Prosecuting Authority (NPA).

The men are looking for compensation of more than R1 million, orders directing Etzebeth to apologise and to undergo anger management and racial sensitivity training, as well as doing community service.

"The Equality Court has decided that because it is a hate speech matter, it should be held in abeyance," he said.

"[This is] because the Constitutional Court is going to do a hearing on the Jon Qwelane matter and then make a decision, which I think will guide all the other courts on the issue of hate speech".

Qwelane, the former ambassador to Uganda, was found guilty of hate speech in the South Gauteng High Court in 2017.

This came after his column - Call me names, but gay is not okay - wherein Qwelane expressed his opinion on same-sex relationships.

In December, the Supreme Court of Appeal (SCA) overturned a high court ruling that found Qwelane guilty of hate speech and ordered Parliament to rewrite the "vague" and "overbroad" law meant to protect against discrimination.

The SCA declared Section 10 of the Promotion of Equality and Prevention of Unfair Discrimination Act 4 of 2000 to be inconsistent with the provisions of Section 16 of the Constitution, and therefore unconstitutional and invalid. "So, at the same time, the Constitution does say we can limit these rights, but any limitation needs to be reasonable in an open and democratic society".

It was not immediately clear when the Constitutional Court would deal with the matter.

Police confirmed last year they were investigating a case of assault with intent to cause grievous bodily harm, crimen injuria and the pointing of a firearm relating to an incident around 02:30 in Langebaan on 25 August.

It was understood in September that the NPA referred the docket back to the investigating officer for further investigation.

NPA regional spokesperson Eric Ntabazalila said on Monday he was still waiting for the prosecutor dealing with the matter to advise him of their decision.

Etzebeth's lawyer, Andre Calitz, has welcomed the outcome of the SA Rugby investigation.

"We haven't changed our stance. Our client's version hasn't changed because it hasn't needed to change. He is not guilty and we are glad that the internal inquiry in SARU has found him not guilty," he said on Monday.

West Coast leader Sammy Claassen, who had assisted the four complainants at the time, said it's not for SARU to decide.

"The truth is that both the criminal and human rights cases are still continuing and no ruling has been made by any sitting judge or courts thus far. Both cases still need to go to trial for judgment," he said on Monday.

"We want justice and the courts will have its final say. No retreat no surrender. Justice delayed is justice denied," he said.

He said: "It is completely untrue and unfounded to claim that I physically or racially abused anyone in Langebaan as has been reported on social media. Multiple witnesses can corroborate that.

"I am and will always strive to be a true ambassador to this beautiful rainbow nation and the sport that I love," he said.