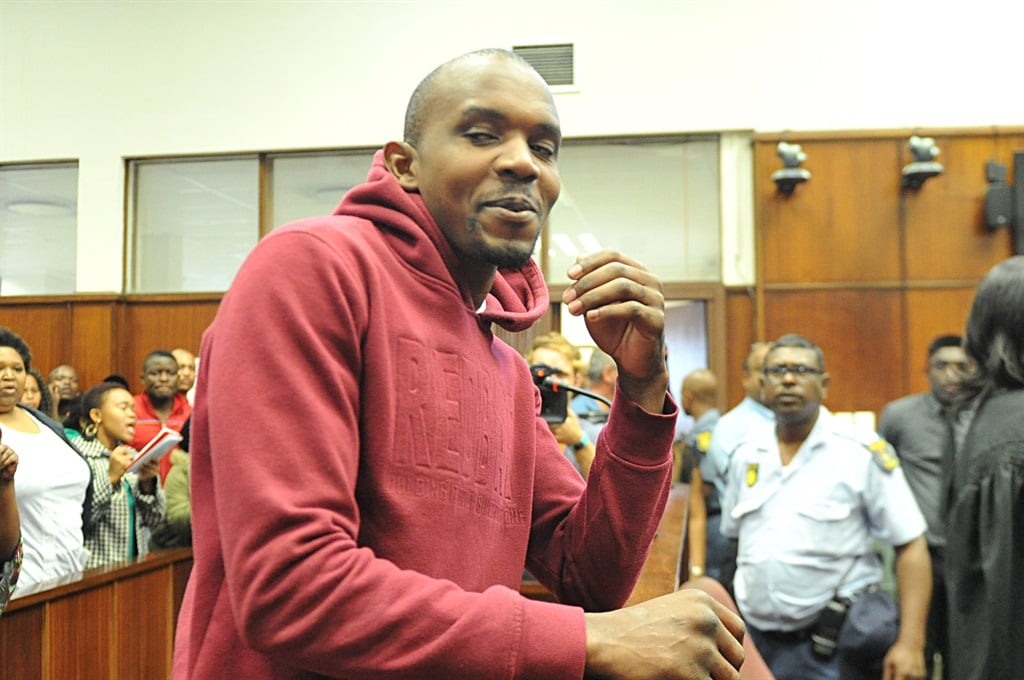 Thabani Mzolo smiling during his appearance at the Durban Magistrate's Court.
Jabulani Langa

The KwaZulu-Natal man accused of shooting and killing a 21-year-old student from the Mangosuthu University of Technology (MUT) in that province was found guilty in the KwaZulu-Natal High Court in Durban on Wednesday.

Thabani Mzolo, 23, shot his girlfriend Zolile Khumalo on 1 May 2018 at MUT's Lonsdale residence, which is a privately leased residence in the Durban CBD.

Mzolo, who is a former electrical student at MUT, took to Facebook shortly after the shooting to apparently confess to the crime.

Loosely translated, it said: "It is surreal. If I had the power I would bring her back so that we can right our wrongs by talking. But that's no longer possible because she has left me without me having told her that I forgive her."

'I killed my Zozo'

When one of Mzolo's Facebook friends asked him what had happened, he wrote: "Ndoda ngombulele uMy zozo (sic)". The response translates to: "Man, I killed my Zozo."

According to Daily News, Judge Nompumelelo Radebe found that the State had proved beyond reasonable doubt that Mzolo shot and killed Khumalo. The court rejected his evidence that Khumalo had shot herself during a scuffle over the gun.

Radebe said Mzolo could not accept that Khumalo had ended their romantic relationship and subsequently took a decision to kill herself.

There was reportedly jubilation outside the courtroom following the judgment.

MUT vice-chancellor Enoch Malaza told East Coast Radio the judgment was a victory - and sent a message that gender-based violence would not be tolerated.

Sentencing proceedings are expected to begin on Thursday.