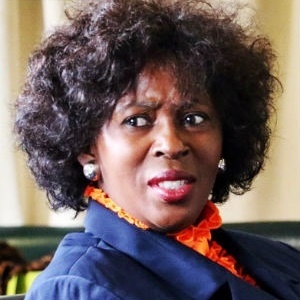 Cape Town – An intense battle for control of the newly formed political party, the African Democratic Change (ADeC) has broken out.

Khoza, who had been with the ANC for over 35 years, was a vocal opponent of former president Jacob Zuma, and had been removed as chairperson of the public service and administration portfolio committee after voting against Zuma in a vote of no confidence last year.

She subsequently resigned from the ANC and launched ADeC in December last year.

Ramakatsa was kicked out of EFF alongside Andile Mngxitama in 2015, for making unsanctioned statements on behalf of the EFF. Mngxitama went on to establish the Black First Land First movement.

The fight for control of the party became public after a statement from Thokozani Msomi, who claims to be the deputy president of the party, stating that Khoza had been suspended for bringing the party into disrepute and would be facing a disciplinary hearing.

“Dr Makhosi Khoza (President) turned into a dictator and thus [was] undermining democratic nature of ADeC and its structures,” he said.

Msoni said ADeC’s national task team had also promised to organise a national Imbizo to engage organisational structures on organisational challenges and a way forward, but had failed in this regard.

"It is within this background that provinces took it upon themselves to organise the national Imbizo to clear issues with the national task team," he said.

ADeC’s spokesperson, Feziwe Ndwayana, has refuted the suspension, saying that Ramakatsa and Gogoro were behind the call for Khoza to be suspended and were not, in fact, recognised as members of the political party.

She said the party also did not recognise Msomi as the deputy president, saying he had been given the title by those aligned with Ramakatsa.

“It is on these grounds that the African Democratic Change national board distances itself from the meeting held in Khotso House,” she said.

Ndwayana said ADeC had brought criminal charges against Ramakatsa and Gogoro and had requested them to refrain from using the name and branding of the party.

Ndwayana said the party called on all its members not to attend meetings called in the name of ADeC that have not been sanctioned.

"Individuals that continue to bring the name of the organization into disrepute will have their membership reviewed as well," she said.

We live in a world where facts and fiction get blurred
In times of uncertainty you need journalism you can trust. For only R75 per month, you have access to a world of in-depth analyses, investigative journalism, top opinions and a range of features. Journalism strengthens democracy. Invest in the future today.
Subscribe to News24
Related Links
Lindiwe Mazibuko defends De Lille
‘MPs faced uncertain future’
ANC being petty over logo, says Khoza's new party
Next on News24
LIVE | Covid-19 in SA: Death toll at 86 967 as cases rise by 2 261

3 bag the jackpot in the Daily Lotto
Full list of lottery results
Lockdown For
DAYS
HRS
MINS
Voting Booth
Have you ever purchased a fake luxury/designer item?
Please select an option Oops! Something went wrong, please try again later.
Yes, I believed it was authentic
7% - 212 votes
Yes, I didn't want to spend that much money on the original item
20% - 627 votes
No, I always shop at reputable stores
14% - 429 votes
No, I don't wear designer clothing
60% - 1870 votes
Previous Results
Podcasts
PODCAST | The Story: Spotlight on filicide - what triggered Lauren Dickason? And how to get help