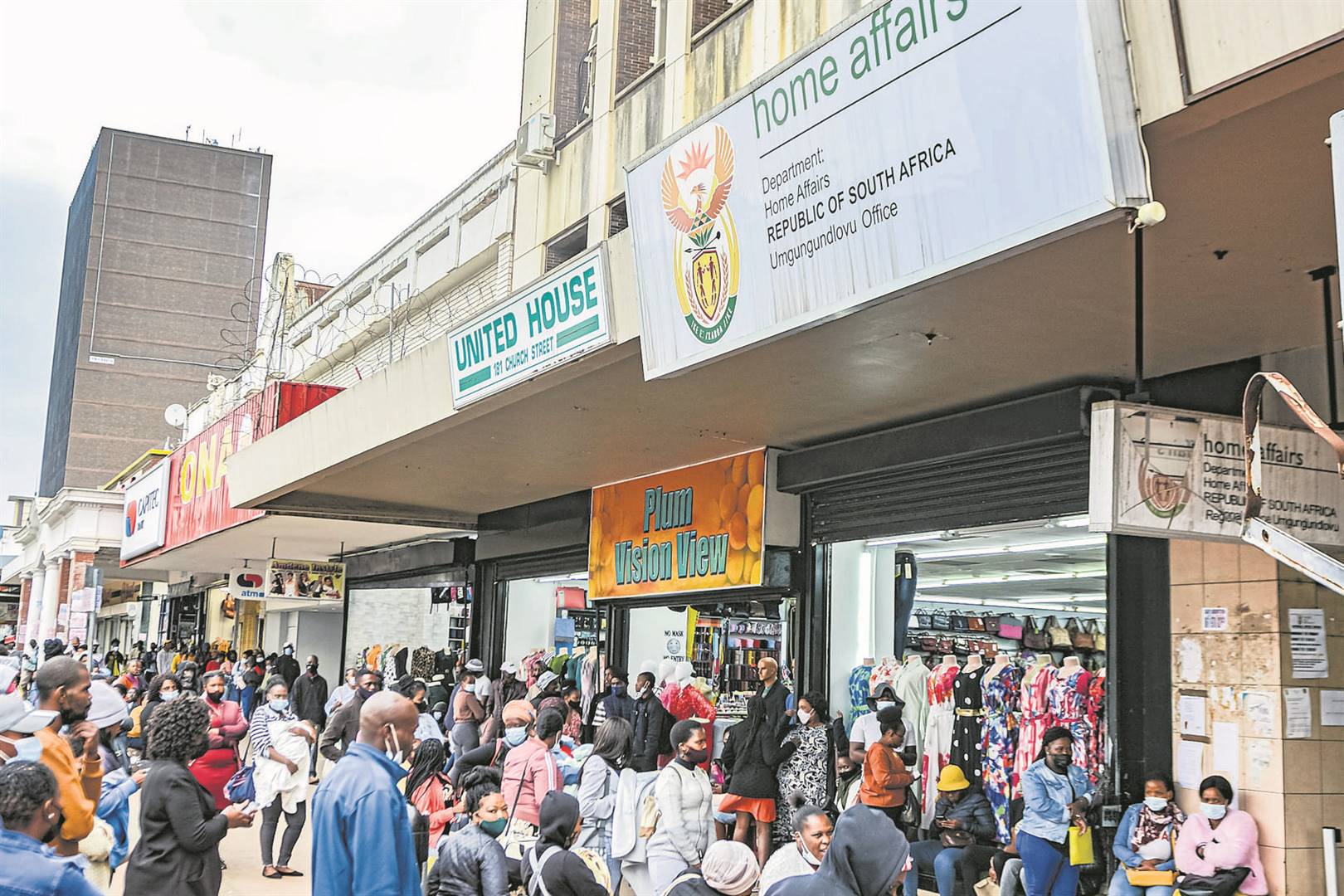 "He is a smart, cynical person."

This is what the Krugersdorp Magistrate's Court heard during a damning passage of evidence against a Pakistani national alleged to be behind the syndicate that illegally secured passports for undocumented immigrants.

Warrant Officer Veerasamy Ponnen described Ahmed as the kingpin and mastermind behind the syndicate.

Ahmed and his 26 co-accused were arrested red-handed inside a Home Affairs branch in Krugersdorp during a late-night raid two weeks ago.

"He is facing serious charges that are affecting society. He has sabotaged the country. He has brought the reputation of every citizen into disrepute. His full-time job is to commit fraud.

"He targeted unemployed people by promising R500 to sell their identity documents to him. He smuggled illegal immigrants into the country and provided them with South African passports. He is working with corrupt Home Affairs officials."

He said the majority of Ahmed's operations were conducted after Home Affairs offices had closed for the day and "when law-abiding citizens are sleeping".

The 27 suspects were arrested on 24 March in a sting operation led by Minister of Home Affairs Aaron Motsoaledi.

Ponnen said judging by the damage done by Ahmed, Mostoaledi was eager to catch him in the act.

They were caught inside the Home Affairs branch in Krugersdorp.

Ponnen added that Ahmed had with him 12 South African men who would surrender their identity numbers which were going to be used to make new passports for Somalian nationals.

"When we pounced on them, Ahmed was operating all the systems inside the branch. He was there to ensure that the operation was running smooth. It was not a coincidence that he was arrested inside a Home Affairs office. He has been operating his business for the past three to four years.

"We penetrated the branch around 23:45. We found Ahmed behind the counter, issuing tickets numbers. He was captured on video walking inside the branch like an official. Computers were operating. Ahmed had already processed five passports when we pounced on them," said Ponnen.

We want to hear your views on the news. Subscribe to News24 to be part of the conversation in the comments section of this article.
We live in a world where facts and fiction get blurred
In times of uncertainty you need journalism you can trust. For 14 free days, you can have access to a world of in-depth analyses, investigative journalism, top opinions and a range of features. Journalism strengthens democracy. Invest in the future today. Thereafter you will be billed R75 per month. You can cancel anytime and if you cancel within 14 days you won't be billed.
Subscribe to News24
Next on News24
BREAKING NEWS LIVE | Sanlam administrator who stole R6 million in investors’ pensions gets 15-year jail term