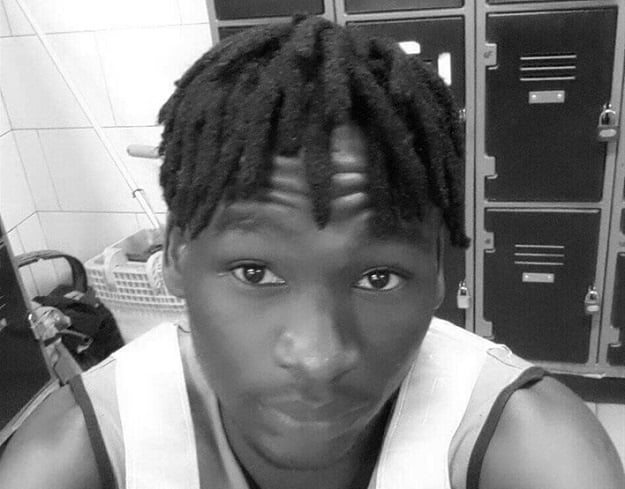 Tshepiso Adoons, 22, was shot and dead allegedly by Rabie Ridge cops at his home in Tembisa on the East Rand.
Supplied

Two weeks after the death of Eldorado Park teen Nathaniel Julies, another young man has been shot dead, allegedly by Gauteng police.

On Monday, Rabie Ridge police officers allegedly killed Tshepiso Adoons inside a shack at his home in Phomolong section, Tembisa, on the East Rand.

Tshepiso was allegedly killed after Mavis had called police to assist the family in containing and taking him to a psychiatric institution.

Mavis said her son started behaving strangely since August and had become aggressive to his family members.

"Instead of assisting us in taking him to a [psychiatric] institution, they shot and killed him inside a shack, where he was hiding away from them. I want all officers who were involved in his murder to be arrested and convicted for his murder," Mavis alleged.

Tshepiso's aunt, Nneheng Selebedi, accused police of being too quick to respond with maximum force.

Julies was killed on 26 August, outside his home, allegedly by Eldorado Park police officers.

The teenager was laid to rest over the weekend.

Three police officers are expected to appear in court in connection with his death and attempting to conceal evidence.

ALSO READ: Packet of biscuits 'found in Nathaniel Julies' pocket', he was 'eating it when he was killed'

During Julies' funeral at the weekend, the South African Federation of Trade Unions (Saftu) secretary-general Zwelinzima Vavi lambasted the South African police members as "pathetic", "crazy" and accused them of applying apartheid tactics when it came to their level of violence.

Vavi said the entire country was demanding a new police service, rather than a police force that kills innocent citizens.

Vavi called on the police to render services which protect communities.

READ MORE: 'You have taken away something precious from us' - Nathaniel Julies' uncle as teen is laid to rest

"It is alleged that additional police officers joined the scene, the deceased allegedly charged towards the police with a retractable knife and the police fired. The investigation into this matter continues."

Cola said no arrests have been made.

We live in a world where facts and fiction get blurred
In times of uncertainty you need journalism you can trust. For only R75 per month, you have access to a world of in-depth analyses, investigative journalism, top opinions and a range of features. Journalism strengthens democracy. Invest in the future today.
Subscribe to News24
Related Links
Police committee considers amending law so IPID can keep an eye on municipal law enforcement
Cop accused of raping friend's girlfriend at party in Cape Town set to apply for bail
Nathaniel Julies shooting: Eldorado Park detective arrested as third suspect
Next on News24
LIVE | SA records 36 851 Covid-19 deaths, with 1 325 659 confirmed cases

Here are the winning Lotto and Lotto Plus numbers
Full list of lottery results
Lockdown For
DAYS
HRS
MINS
Voting Booth
Will you continue to use WhatsApp following the company announcing a change terms of service which would force users to share personal data?
Please select an option Oops! Something went wrong, please try again later.
Yes, the terms of service do not bother me enough to switch
52% - 6850 votes
No, I will be switching over to a new service
44% - 5864 votes
I've never used WhatsApp
4% - 540 votes
Previous Results
Podcasts
PODCAST | MISSING MATTHEW EPISODE 3: Decades of false starts add to a family's despair