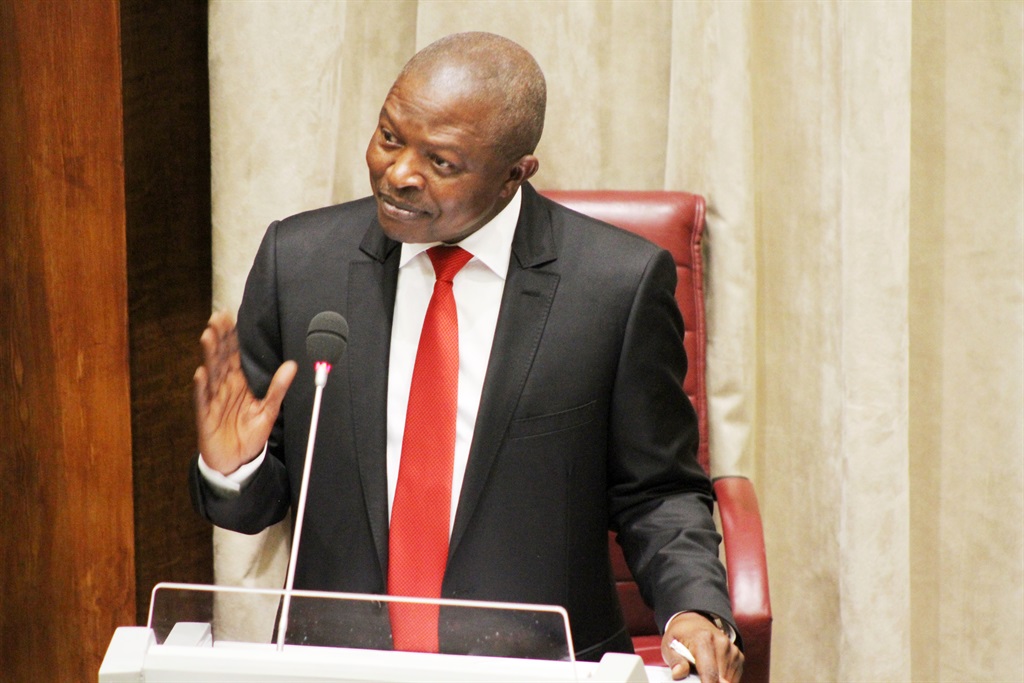 Following a spate of farm murders across the country, Deputy President David Mabuza says the most important resources in the agricultural sector are the people who live and work on the land.

Mabuza was responding to several written questions from MPs in the National Council of Provinces (NCOP) on Wednesday.

He said, through the inter-ministerial committee on land reform and agriculture, there had been a concerted effort by government to ensure the sustainability of the sector as the lifeblood of the economy.

READ | FF Plus thanks Cele for rural safety strategy

He emphasised government’s position that the lives of farmers, farmworkers and farm dwellers - as well as every citizen of the country, black and white - mattered.

"While crime prevention is the priority of our police service, we draw comfort from the fact that where perpetrators are brought to book, our courts have shown their independence and capability to dispense justice to the victims of violent crimes such as murder.

"They are thorough and show no mercy to those who inflict physical, psychological and economic damage on the communities who put food on our tables and on the tables around the world. South African Police Services will continue to improve relationships with all constituencies in farming communities," he said.

Mabuza highlighted the 26-year-old pregnant mother and wife who was murdered at her farm in Weenen recently.

"Even in the observance of Women’s Month, we continue to be confronted with violence against women and children, naturally such crimes are indeed a cause for moral concern and societal outrage," he said.

Mabuza said agriculture continues to show resilience in the face of economic contraction and remains a pivotal part of South Africa’s economy.

Meanwhile, answering questions on service delivery in municipalities, Mabuza said that despite the nationwide lockdown, government continued to strengthen its effort to support municipalities.

"Municipalities experiencing severe electricity challenges, often as a result of excess usage of the notified maximum demand and failure to honour debt repayment to Eskom, are the foremost contributors to service delivery challenges," he said.

The political task team on Eskom, which Mabuza chairs, is looking into all the municipalities that are exceeding the contracted demand, with a view to resolving the negative impact on communities.

Mabuza assured the NCOP of government’s efforts to leverage partnerships and turn challenges that arise from the pandemic into opportunities to grow domestic manufacturing.

In line with engagements with NEDLAC, Mabuza underscored the promotion of local production of personal protective equipment, manufacturing of medical equipment, and other goods that are currently in demand.

Mabuza will also convene a meeting of the political task team on Eskom on Friday.

We live in a world where facts and fiction get blurred
In times of uncertainty you need journalism you can trust. For only R75 per month, you have access to a world of in-depth analyses, investigative journalism, top opinions and a range of features. Journalism strengthens democracy. Invest in the future today.
Subscribe to News24
Related Links
Deputy President David Mabuza cancels question sessions 'due to ill health'
Northern Cape family farm murders: 5 accused to remain behind bars
SIU files court papers to recover R3.8bn from Molefe, Koko, Guptas and others at Eskom
Next on News24
LIVE | Day 1 of South Africa's Covid-19 vaccine rollout gets underway

1 person bags the jackpot in the Daily Lotto
Full list of lottery results
Lockdown For
DAYS
HRS
MINS
Voting Booth
As South Africa faces down the third Covid-19 wave, how are you keeping your family safe ?
Please select an option Oops! Something went wrong, please try again later.
Staying at home, isolating and being careful
18% - 950 votes
Sanitising and wearing masks when we go out
68% - 3559 votes
Going on as usual, we're not afraid of the virus
14% - 715 votes
Previous Results
Podcasts
PODCAST | Too Many Enemies: Episode 1 - the assassination of billionaire Wandile Bozwana