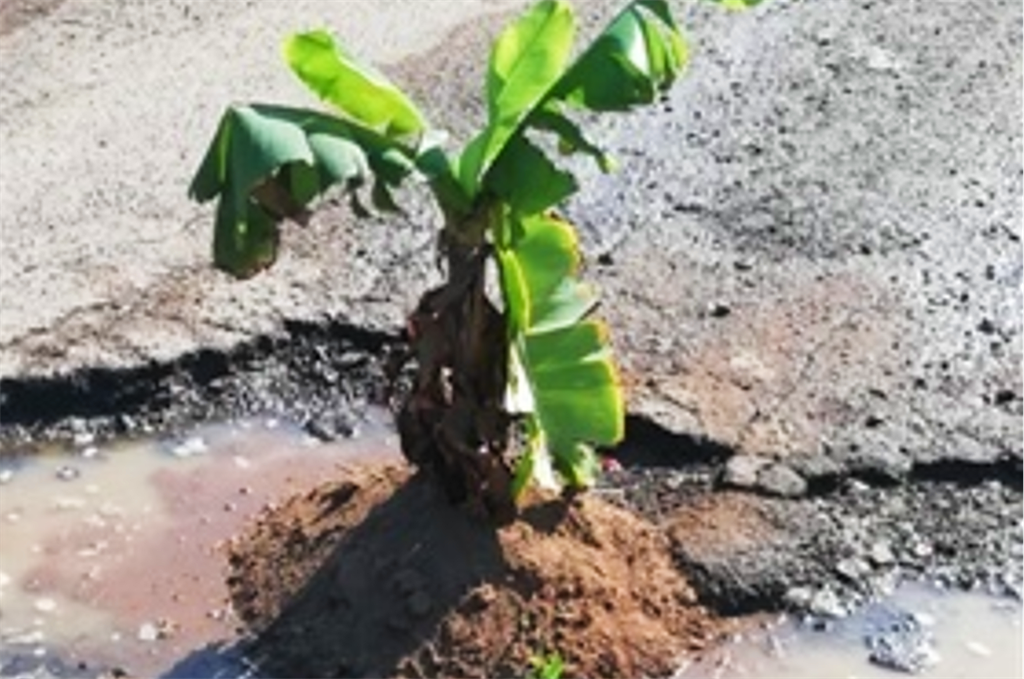 A KwaZulu-Natal man has planted banana trees in potholes in his community, saying he is fed up with poor service delivery in his area.

KwaDukuza resident and Glenhills District Civic Association member, Rishi Poorran, posted pictures and videos on Facebook after becoming frustrated with the state of roads in the Glenhills community.

"I challenged the community to do the same, to prove a point to the municipalities in the area. We have raised this issue so many times, but we still don't get proper service," he told News24 on Tuesday.

Here are your Lotto and Lotto Plus results
Full list of lottery results
Lockdown For
DAYS
HRS
MINS
Voting Booth
When assisting your child , did you:
Please select an option Oops! Something went wrong, please try again later.
Follow the school's comprehensive sexuality education (CSE) curriculum?
13% - 118 votes
Adjust the CSE curriculum to suit the family's morals?
24% - 213 votes
Ignore the schools CSE programme and do your own teaching?
63% - 560 votes
Previous Results
Podcasts
PODCAST | POLITICS UNMUTED: Turning the spotlight on the media