Jacobs said she had three of her cats that were killed by the Manenberg cat killer last year.

A Manenberg couple has started a non-profit organisation to feed needy stray cats and dogs in the area. This, after more than 40 felines were believed to have been killed by the "Manenberg serial cat killer" last year.

Faiza Jacobs, 50, and her fiance Craig Baird, 49, said the cat killings in the area were one of the main reasons they had decided to start the non-profit organisation (NPO) and educate people in the area about the importance of looking after their pets.

"I lost three of my cats to the cat killer. It still leaves a bitter taste in my mouth when I think of how my babies were slaughtered and dumped into people's yards. One of the cats' were named Ash, and she was the one that prompted me to start the NPO," said Jacobs. Names of the cats Faiza lost to the Manenberg serial cat killer. No animal deserves to starve. 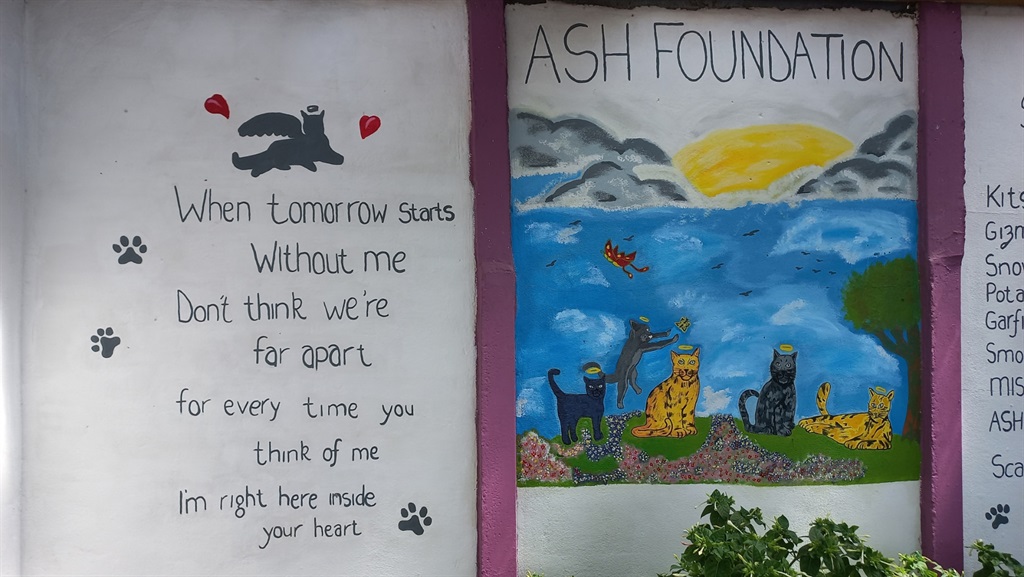 A Manenberg couple has started a non-profit organisation to feed stray cats and dogs in the area. This, after more than 40 cats were killed by the 'Manenberg serial cat killer' last year.
Photo Supplied

She said she had adopted Ash last year, and they had formed a great friendship, so much so that she would sleep by her feet every night.

When I heard about the cat killings in the area, I made sure to tell my family that under no circumstances do they open any doors or windows for the cats to get out.

"One morning when I woke up, my son asked me where Ash was and I said she's probably in the yard. He then told me the devastating news that Ash had been killed, and the body was found in the neighbour's yard. I broke down immediately; the cat killing is one of the reasons why I went into a deep depression."

Jacobs said that in memory of her cat, the NPO was named the Ash Foundation.

"My fiancé and I started leaving bowls of food for cats and dogs on almost every corner and park in the area. There are many stray animals in the area, and it breaks my heart when I see them wandering around looking for food. I can't save every animal, but I can make it my duty to feed them at least every day of the week."

Jacobs said she had been funding the NPO out of her pocket and bought about three 20kg bags of foods every month for the animals.

It's always been a passion of mine to want to help these animals. There are lots of food NPOs in the area, and I think it's about time an organisation dedicated its time and prioritise animals in the area.

According to Jacobs, the NPO would be running from her house, but she had already set up plans to register the organisation so as to apply for funding fo animal foods and kennels.

"This is the start of something big. It makes me happy knowing I'm doing something good in memory of my cats. To see these animals become so humble and eager to eat their food tells me the need is greater than I anticipated."

According to the animal lover, part of the NPO will focus on helping older people provide proper care for their pets, and educate residents about sterilisation and vaccinations.

"In some instances, I have gone door to door, asking residents if I can pay to have their pets sterilised," she said.

She also plans on providing free washes for the pets once she has all the necessary equipment.

Animal Welfare Society SA spokesperson Allan Perrins said that Jacobs' initiative had warmed the hearts of the staff at the shelter. She was slaughtered at just 10 months old.
Photo Supplied

"What a wonderful initiative. AWS partners with several organisations and works very well with them, so I don't see any reason as to why we would not extend a helping hand to the couple in setting up their organisation to bring awareness regarding nurturing animals," he said.

"Faiza is a well-known member in the community, and we have no doubt that the plans she set out to implement in the area will be a success."