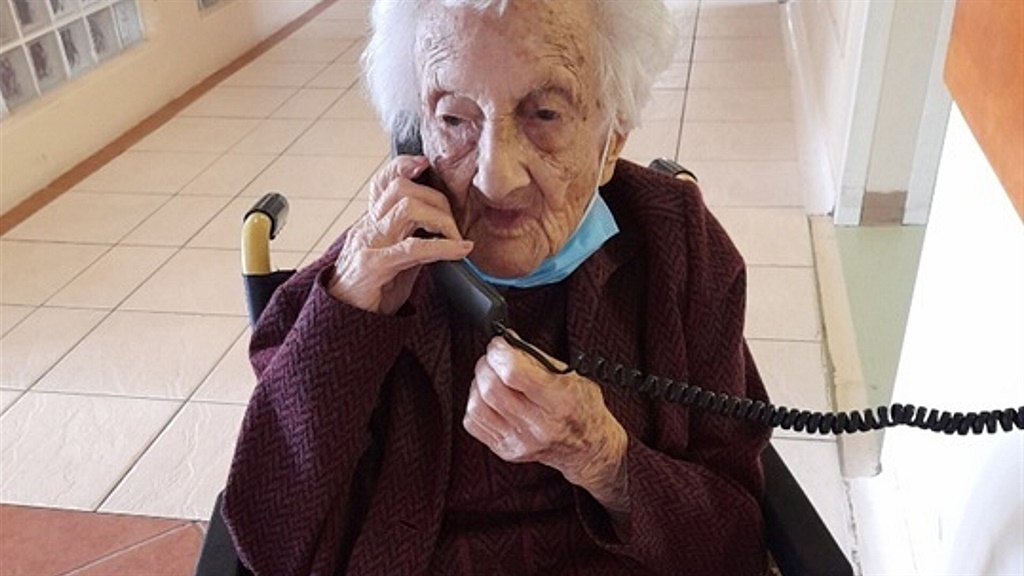 Capetonian Rosalie Wolpe marked her 111th birthday with two surprise physically-distanced tea parties, which were hosted in her honour at her care home on Tuesday.

Her son, David, said that although his mother is averse to speaking on the telephone, she relented for a 20-minute chat via Skype to her daughter, Janet, and her family in Australia.

She also does not like any fuss, and is known for giving a stern look to anybody plotting any sort of occasion for her birthday.

However, he thinks she enjoyed the day.

"She handled it all with great aplomb," chuckled David of the small celebration shared with staff members and residents.

He had not been able to visit his mother during the lockdown and had hoped he would get permission for a birthday visit.

Frail care centres and homes for the elderly were hard-hit in the early days of the pandemic, in spite of early precautions, so it was a full lockdown for these elders deemed to be at a higher risk of becoming ill if they contract the virus.

Not allowed to draw on the comfort of hugs and visits from family, they only had their family photos to look at in their rooms.

Rosalie usually has a tea party to celebrate her birth in 1909, and David had thought that, at best, he might be able to catch a quick glimpse of her for the lockdown birthday.

But the staff at Highlands House arranged a tea party for her and residents and staff in the morning.

In the afternoon, Pick n Pay, which had been her competitor when it opened its first shop near her grocery store in Cape Town years ago, also remembered her and sent over treats for her and the staff, as well as a gift.

Rosalie eventually closed shop when Pick n Pay's muscle became evident, and she went to work for another grocer in the area.

She worked six days a week.

She also took a call from a relative in California on Tuesday.

Rosalie's birthday brings some light after the sad announcement that Delft resident, Fredie Blom, died at the age of 116 of natural causes at Tygerberg Hospital on Saturday.

He was the oldest man in South Africa.

David said his mother was cut a very generous slice of cake, and polished off the whole wedge.

He had intended taking his mother's autograph book, from when she was a child, for her to sign.

However, the trader in antique documents could not find it among all the books and papers in his home.

He paid tribute to the staff caring for the elderly at the centre during the lockdown.

"They are quite exceptional," he said.

We live in a world where facts and fiction get blurred
In times of uncertainty you need journalism you can trust. For 14 free days, you can have access to a world of in-depth analyses, investigative journalism, top opinions and a range of features. Journalism strengthens democracy. Invest in the future today. Thereafter you will be billed R75 per month. You can cancel anytime and if you cancel within 14 days you won't be billed.
Subscribe to News24
Related Links
Powerless in Pimville: Elderly struggle to stay warm and healthy
12 residents, 26 staff test positive in coronavirus outbreak at another Cape Town old age home
South Africa's first Covid-19 antibody tests finally offered - and we took it
Next on News24
BREAKING NEWS LIVE | Cape Town cop to join kidnapping, robbery suspects in the dock