Ezibeleni police officers in the Chris Hani district generously helped to renovate a disadvantaged family's home, which had been in a dilapidated state for quite some time.

According to SAPS, the officers took the initiative after on-duty members from Ezibeleni SAPS identified a disadvantaged family at Bhekela Village, Komani.

"The members then decided to make a change in the Ntshanga family's situation. Ezibeleni SAPS called upon different stakeholders to ensure the success of the initiative," police spokesperson Captain Namhla Mdleleni said. 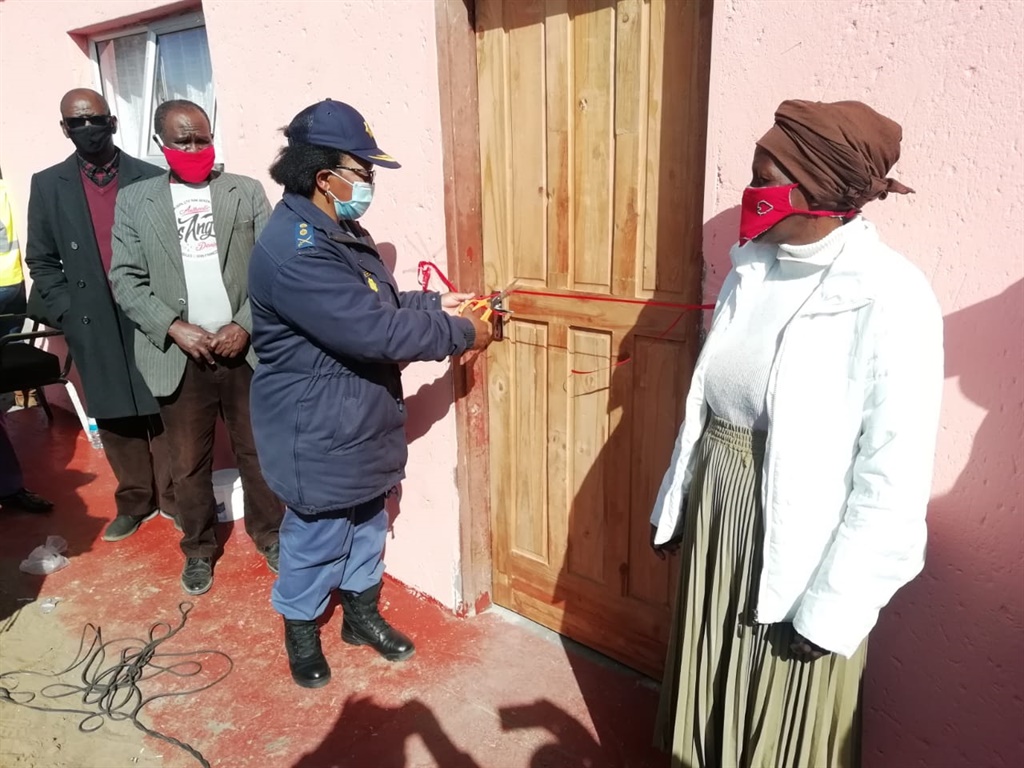 EC cops give back to community
Supplied SAPS

Mdleleni said the renovated house was handed back to its owners, the Ntshanga family, on Thursday.

Speaking at the handing over of the house, the mayor of Enoch Mgijima local municipality, Luleka Gubula, commended the efforts of all those involved.

A representative from the Chris Hani municipality, councillor Mthethunzima Jack, praised SAPS for the impressive work done in a short space of time.

The Chris Hani district commissioner, Major-General Funeka Siganga, was appreciative of the support provided by local government in ensuring the safety and welfare in different communities. Mdleleni said the commissioner made use of the platform to condemn gender-based violence in society.

On behalf of the family, Mzoli Ntshanga expressed gratitude for the work done by SAPS and the different stakeholders, in ensuring the warmth and comfort of their home.

Related Links
Police give back to the community
From the Universe to Mitchell’s Plain
Citizen’s arrest to no avail
Share
Next on News24
LIVE | SA death toll hits 16 283, while the number of cases now sits at 667 049

Lekker Heritage Day for 2 Daily Lotto players
Full list of lottery results
Lockdown For
DAYS
HRS
MINS
Voting Booth
Have you downloaded the Covid-19 tracing app?
Please select an option Oops! Something went wrong, please try again later.
Yes I have
13% - 553 votes
No, and I will not be downloading it
77% - 3233 votes
Not yet, but I plan to
10% - 417 votes
Previous Results
Podcasts
PODCAST | THE STORY: Where to now for ANC jetsetters who hitched a ride on SAAF plane?