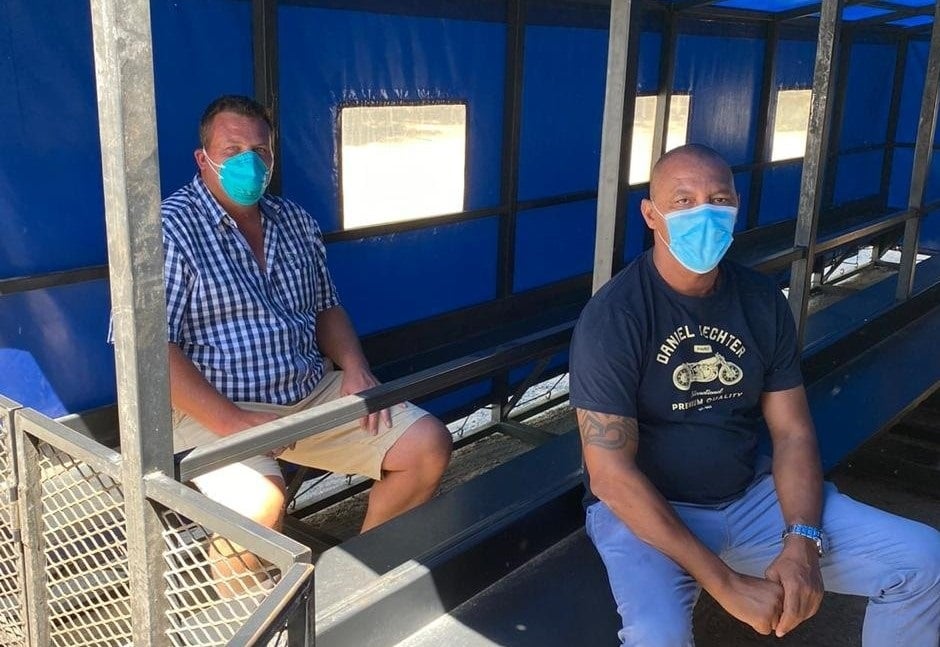 A Western Cape table grape farmer is hoping a removable seat and roll bar canopy will make it safer to transport farm workers on the back of a truck.

With the high cost of hiring or buying a bus, the truck can then be used for other farm activities between commutes.

The Hex River Valley farmer says, even though farmers' profit margins are low and they cannot afford to buy buses, they care for their workers and are trying to find a safe compromise on workers' transport.

"People have this perception that farmers don't care," said Michael Vorster, a member of the Hex River Table Grape Association.

"There is a young generation of farmers that really do care," he said of tragedies such as the crash between De Doorns and Worcester, which left a woman [dead] and at least 13 people injured at the beginning of January.

"So we really do have to find a solution."

The tragedy revived criticism over the way farm workers are often transported on the back of trucks.

Vorster told News24 that bus hire would cost around R1 300 a day - around R20 a worker - an expense that most farmers cannot afford on the slim margins they work with.

Due to the seasonal nature of farm work, a bus can also stand unused for around six months when workers go to other fruit farms.

So he, and some other farmers, have started developing safety canopies, reinforced with steel bars, and fitted with seats that are bolted on for a journey and can be removed, so the truck can be used for other farm work.

He explained that concerned farmers are hoping this compromise will help save lives if there is another accident.

He said the next step is to add safety belts to the seats.

ANC member of the provincial legislature Pat Marran brought the canopy to the attention of his fellow MPL Cameron Dugmore recently.

"This is an example to be followed," said Dugmore.

"The canopy is forklifted onto the truck in [the] morning to transport workers and then taken off so that [the] truck can be used during the day on the farm. We are thinking of an overall strategy to improve safety for farm workers, including regulations, design of such canopies and looking at the possibility of using buses to transport workers. We will engage unions and employers," wrote Dugmore on his Facebook page.

Marran told News24 the transport of farm workers is a very sensitive subject.

After visiting Vorster, he heard that it was not always possible to get buses for the workers, and that they usually compete with school buses which travel around the same time, so there might not be enough for the workers.

He said it would be unfair to make it compulsory for all farmers to get a bus, because black farmers, in particular, will not be able to afford it and will struggle to get their workers to work.

He said there are already some guidelines on transporting farm workers, such as limiting the number of farm workers on a truck, based on the truck's tonnage, and highlighting how dangerous it is to transport farm workers in a standing position.

He said he is consulting with farm worker unions and the Department of Transport, to see if the canopy system can be used, and what improvements are needed.

"I appreciate the fact that they want to look into transporting farm workers in a different way," said Marran.

Here are your Lotto and Lotto Plus results
Full list of lottery results
Lockdown For
DAYS
HRS
MINS
Voting Booth
When a Covid-19 vaccine for under 16's becomes available, will you be taking your children to get it?
Please select an option Oops! Something went wrong, please try again later.
Yes, immediately!
38% - 4165 votes
I'll wait to see how others respond
26% - 2832 votes
No, I don't think they need it
36% - 4000 votes
Previous Results
Podcasts
PODCAST | MISSING MATTHEW EPISODE 3: Decades of false starts add to a family's despair