A KwaZulu-Natal long-distance runner who helped raise more than a million rand to refurbish a badly dilapidated school has not only helped repair the premises, but also provided hundreds of pupils with uniforms.

Nontu Mgabhi spoke to News24 on Monday after the school was handed over with new classrooms to the value of R1.7 million for the 675 pupils.

Khiphinkunzi Primary School in Dukuduku Reserve in Mtubatuba first came to prominence in February 2020 when Mgabhi announced she had run seven marathons in seven days on all seven continents in the World Marathon Challenge to raise funds for the school. 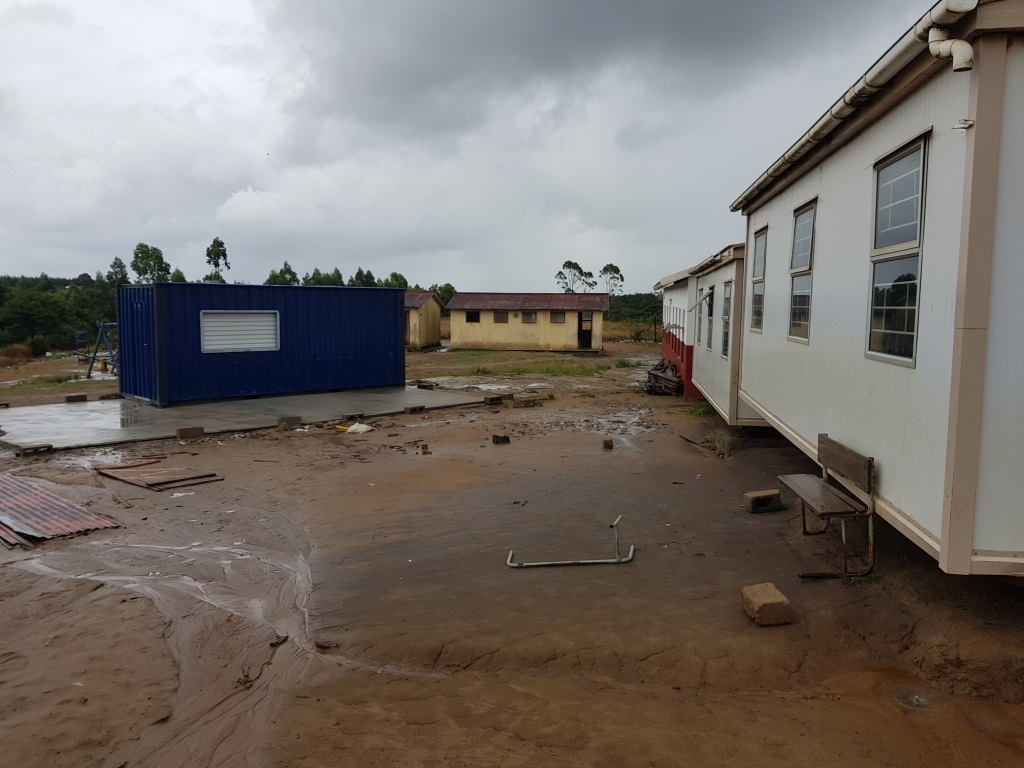 Before and after pictures of classrooms at Khiphinkumzi Primary School in Dukuduku reserve in Mtubatuba.

Now, her efforts have come to fruition and five new classrooms equipped with desks, chairs and blackboards are in use. She also helped to organise sponsors for 300 full uniforms for needy pupils.

Mgabhi, who hails from the rural village Mseleni, first became aware of the situation at Khiphinkunzi while running the Karkloof 100. She was approached by a feeding scheme, the Southern Lodestar Foundation.

They believed her run could inspire children in rural villages.

Aiming to inspire children to pass it forward

Mgabhi said she was humbled after seeing the change and stressed that society did not have to wait for government to make community improvements.

"When I first went to the school in 2018, some classrooms had over 100 pupils in them, windowpanes were shattered and old park homes were unsafe and unstable. It took me back to my upbringing in a rural village."

Mgabhi said she overcame great odds to make something of herself and wanted the pupils to do the same.

"I'm a registered psychologist and a general manager for human resources at Richards Bay Coal Terminal. If someone told me I would be this back then when I was in Mseleni, in similar conditions as these children, I would have laughed. I want these young ones to know it is possible."

She said almost all of the children at the school were disadvantaged, and they were under even more stress due to Covid-19 and the lockdown. "During the hard lockdown I donated, through sponsors, 150 food parcels. You know why? Because the majority of learners at the school, they depended a lot on the meal that is served at the school. So with the school closed during the lockdown, it meant many did not have a main meal for the day."

She said the uniforms were also vital to help the pupils.

"So many of them have torn outfits. We want them to try to see beyond that, but we also wanted to restore dignity to these children and give them hope."

What's next for Nontu and her work?

Mgabhi said her next mission is the Marathon des Sables in October where she will undertake a 251km ultramarathon in the Sahara Desert.

"This race is regarded as the toughest foot race on Earth. I will be running this race with a goal to raise funds to provide flush toilets for Khiphinkunzi Primary School," she added.

"Marathon des Sables epitomises the hardship children from rural villages face. They learn [in a] tough, harsh and not conducive environment. They are resilient, they keep going under such conditions. They find a way.

"I also hope to find my way and push through this 251km race. I will be running carrying all my food, clothes and sleeping material for the entire duration of the race. I am determined not to give up. This is the message I am sending to every child from the rural village – do not give up."

People who wish to support this cause, can contact Nontu on nontu.mgabhi@icloud.com.