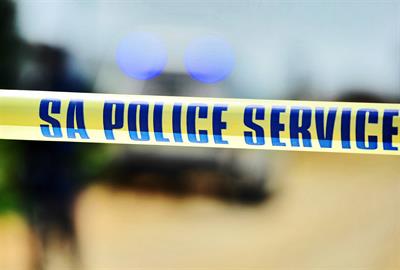 Another final-year law student from the University of Fort Hare has died after falling off the 12th floor of a student residence housing more than 400 students at the university's East London campus.

The incident, on Saturday afternoon, happened in a building that is situated on Caxton Road in the East London city centre.

"The university confirms the death of a BCom Law student from Mount Coke Mission. We established the male student's father passed away one week ago. Initial investigations point strongly to a possible suicide event. Police are on scene and working with the university's investigations unit," Roodt said.

Asked for comment, the police said according to information received, the 24-year-old male student was last seen standing on the 12th floor and was later found lying dead on the fifth floor.

Police spokesperson Brigadier Tembinkosi Kinana said the student was believed to have fallen off the 12th floor of the building and died at the scene.

"Fellow students and a matron were immediately notified about the incident. The circumstances surrounding the incident are currently under investigation. No foul play is suspected at this stage, Kinana added. The police said an inquest docket had been opened for investigation.

The head of the SRC at the East London campus, Sandiso Mbulawa, said the circumstances surrounding the incident were unclear and still unknown.

Mbulawa, who also stays in the residence, added he was at the scene with other students.

He said the police and emergency personnel were still busy at the scene.

Mbulawa added:
This is devastating news. We learned about this whilst we were looking for sponsors to assist in our planned March for the other final year law student that was brutally murdered allegedly by her boyfriend earlier this week. Students are not well, we are currently organising a debriefing to counsel students. We don’t know how and why this happened. I knew him very well. He does not even drink alcohol.

The incident happened as the university community is still reeling in shock after another final-year student, Nosicelo Mtebeni, 23, was allegedly murdered by her boyfriend this week.

Her body parts were found stuffed inside two bags while more were allegedly found in possession of the 25-year-old man.

He is set to appear in court on a charge of murder on Monday.