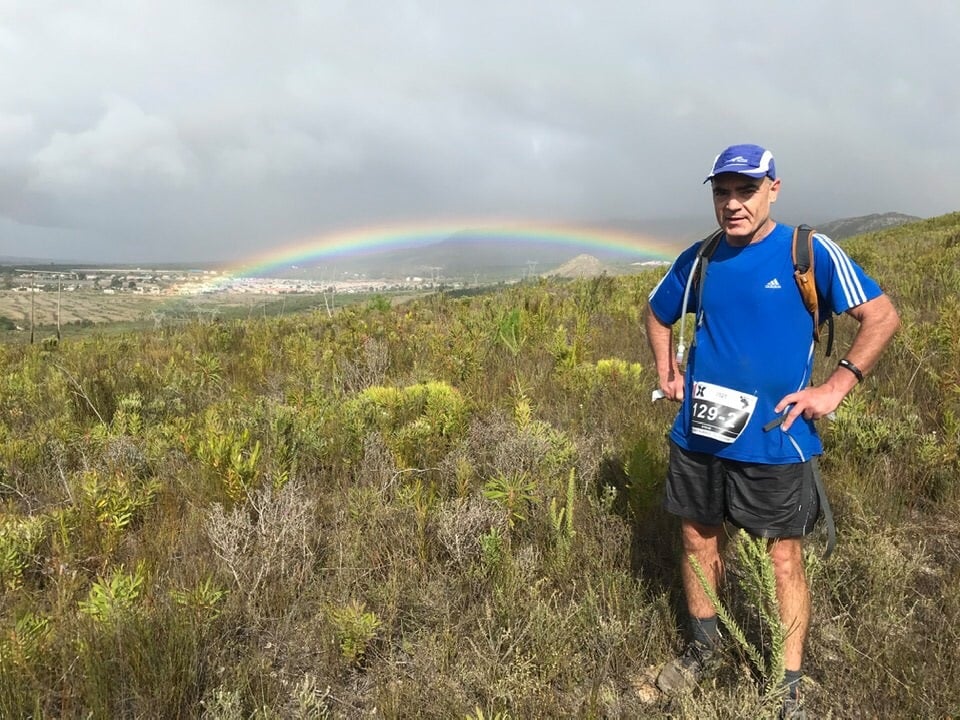 Losing a key is a stressful thing, but losing a car key is not only stressful, it's also expensive.

When a Cape Town English teacher lost his key during one of his "free therapy" moments in the fynbos, while taking his dogs for a walk, he was understandably anxious.

"At first, I thought I had thrown it in the bin with the dog poo," said Steven Anderson, choosing not to elaborate on that search.

He retraced his steps through the vast Tokai forest, and eventually had to call his wife to fetch him, so that they could get to a prior engagement.

They returned later with the spare key to fetch his car.

READ | Cape Town mother of missing boy, 4, pleads for help in finding him

However, the small lost key weighed heavily on his mind, especially after hearing that it would cost around R2 000 to replace.

On a teacher's salary, he decided to rather keep looking for it.

"I would walk with my dogs and my head would always be, like, focus on the ground to find the key," he said.

His dog walks were not the same anymore, as he obsessed over finding his car key.

He posted notices at the forest and on the neighbourhood Facebook Tokai Community group, and residents started to rally around his mission to find the missing key.

A surprising amount of lost and found notices for keys were shared, but it was, unfortunately, not his key. De Cruz told News24 that many of his callouts were from couples upset about a wedding band or engagement ring, which fell off while at the beach, or a swim in the sea.

With a sweep of his waterproof detector, he says, he has a high success rate in reuniting precious items with its owners.

He and Anderson met and then walked Tokai forest.

They decided to head to where Anderson had been lying down in the fynbos.

Anderson said, after a short way into their walk, with De Cruz already sweeping, the metal detector bleeped.

De Cruz's sharp eye then spotted the elusive key under some twigs and bush.

Anderson said he was so relieved to find it - and he now has it firmly attached on a key ring.

"I work with young children and know that social media, sometimes, can have a downside, but, this time, people jumped in to help," he said.

De Cruz also found a few bonus items, such as a small metal button and a buckle, which he says he will polish up and examine.

Perfect start to the month for 1 Daily Lotto player!
Full list of lottery results
Lockdown For
DAYS
HRS
MINS
Voting Booth
Should pension fund members be allowed to access their savings before retirement?
Please select an option Oops! Something went wrong, please try again later.
Yes, it's their money to do with as they please.
35% - 1128 votes
No, more people will end up without enough savings in retirement.
37% - 1193 votes
Depends on how big the withdrawal limits will be.
29% - 947 votes
Previous Results
Podcasts
PODCAST | The Story: Surviving Covid-19 and unrest: - will our economy ever recover?