Five killed in shooting at Ceres taxi rank, 3 gunmen on the run 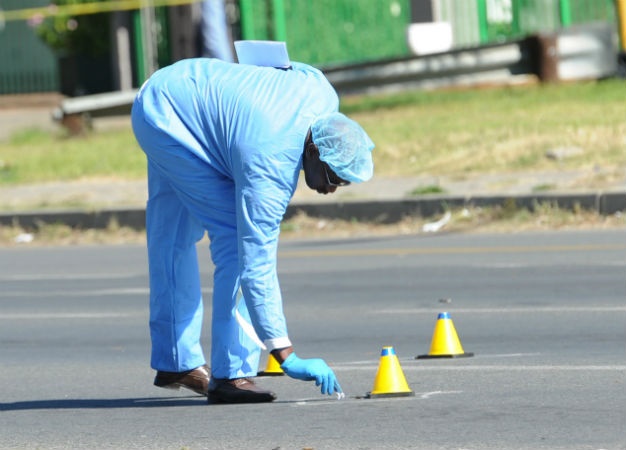 Western Cape police are probing a deadly shooting at a taxi rank in the Boland town of Ceres, which left at least five people dead. Police spokesperson Brigadier Novela Potelwa said four people had died on the scene, while a seriously injured victim had been rushed to a nearby hospital, where he later died.

"Reports from the crime scene indicate that three yet-to-be identified suspects opened fire indiscriminately on taxis at a taxi rank in Vredebed after 07:00, seriously wounding a man who later died in hospital and four others who died on the scene," Potelwa said.

She added that the identities of the deceased had not yet been released.

"Indications are that the shooting incident is taxi conflict related. Additional police comprising Public Order Police (POP) and local police have been deployed to the area to restore calm as detectives pursue several leads."

Police have launched a manhunt for the suspects and anyone with information that could assist the investigation is urged to contact the police's Crime Stop number at 08600 10111.

R213k for two Daily Lotto players!
Full list of lottery results
Lockdown For
DAYS
HRS
MINS
Voting Booth
When and why would you have your or your partner's sperm count checked?
Please select an option Oops! Something went wrong, please try again later.
That's an unnecessary procedure
17% - 666 votes
As soon as we decide to start a family
7% - 290 votes
Only if we're struggling to conceive
76% - 3067 votes
Previous Results
Podcasts
PODCAST | The Story: Public Protector Busisiwe Mkhwebane's fate hangs in the balance