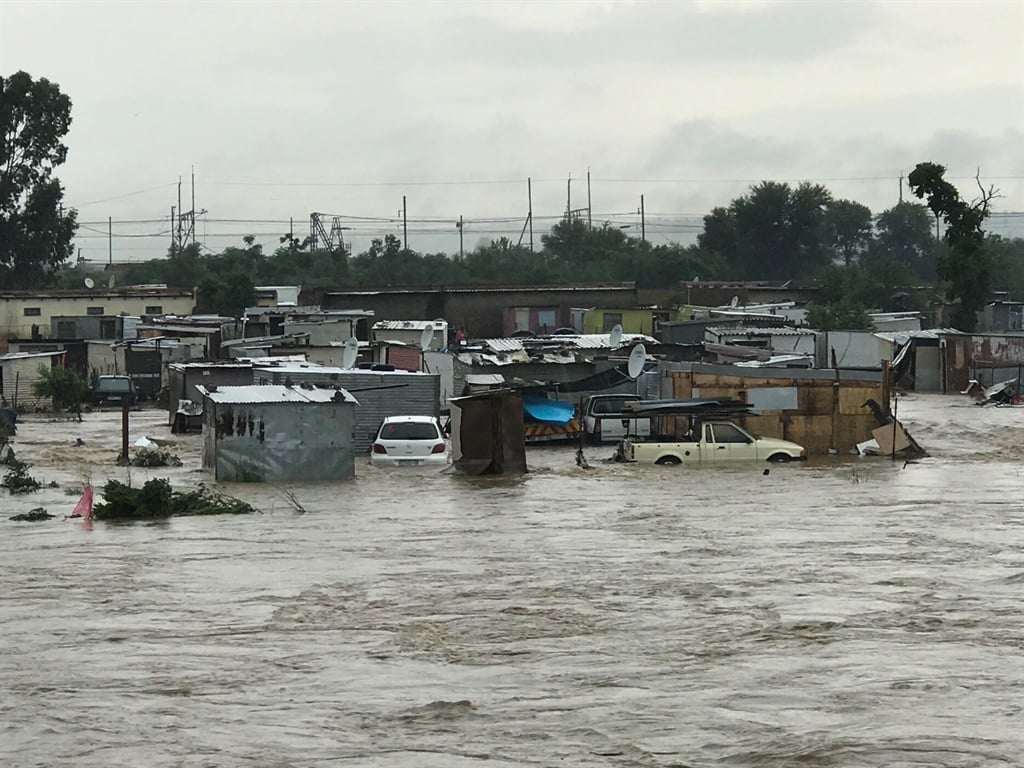 The South African Weather Service (SAWS) has issued flood warnings in multiple provinces as heavy rains continue to wreak havoc in parts of the country since last week.

In one incident on Monday, guests and staff at the Centurion Lake Hotel had to be evacuated as the reception area became flooded.

Also on Monday, the body of a Hartbeespoort man was recovered after his car was swept away by flash floods.

On Tuesday, heavy flooding was again forecast, with the SAWS issuing as many as 36 separate warnings on its website.

SAWS forecaster William Msimanga told News24 that heavy rains will lead to localised flooding in most parts of Gauteng, Mpumalanga and Limpopo during the course of Tuesday.

"We are expecting an 80% chance of widespread showers in those areas. Other than that, we are expecting severe thunderstorms on Tuesday afternoon in the western parts of the North West and the Free State, as well as heavy rainfall in the northern parts of KwaZulu-Natal.

"The situation in Gauteng, Mpumalanga and Limpopo remains unchanged from conditions experienced on Monday," Msimanga said.

"We do, however, expect conditions to go back to normal during the course of Wednesday."

By Thursday, the skies should begin clearing up, Msimanga said.

On Tuesday, eNCA reported that Tshwane emergency services officials had been rescuing residents from flooded homes and cars in Centurion. Hundreds of homes have reportedly been destroyed in Mamelodi.

Please take note ??heavy rain and flooding?? will continue tonight in Gauteng, eastern North West and north-eastern Free State as well as Mpumalanga and western Limpopo. The heavy rainfall warning will continue in these areas below tomorrow (Tuesday). https://t.co/V5Ii7rQlbZ

The flooding has been blamed for the return of regular load shedding, adding to South Africans' woes.

There have been heavy rains in large parts of South Africa, including flash floods in Centurion and Mamelodi that resulted in evacuations. There have also been floods in Bronkhorstspruit, Gauteng; various parts of the Free State; and North West.

We live in a world where facts and fiction get blurred
In times of uncertainty you need journalism you can trust. For only R75 per month, you have access to a world of in-depth analyses, investigative journalism, top opinions and a range of features. Journalism strengthens democracy. Invest in the future today.
Subscribe to News24
Related Links
Dlamini-Zuma and Maile to visit Gauteng areas affected by flooding
Tuesday's weather | More severe thunderstorms, localised flooding expected for much of SA
WATCH | Centurion, Mamelodi hit by flooding as rain continues to pelt Gauteng
Next on News24
LIVE | SA death toll at 50 647, as the number of cases now sit at 1 520 206