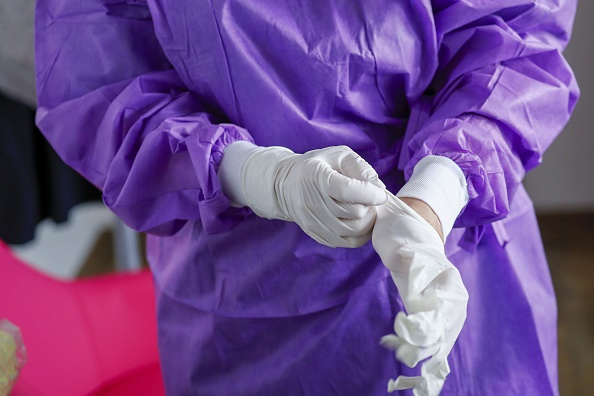 More than 100 South African doctors who studied overseas are in limbo because the country's presiding medical board is allegedly preventing them from writing an exam that would allow them to practise in their home country.

As South Africa's fight against Covid-19 intensifies, News24 can reveal that a group of qualified and trained doctors are sitting at home without work. They have turned to the courts in the hope of getting an order to allow them to take the Health Professionals Council of SA (HPCSA) board exam, which would qualify them for internships at public hospitals.

In papers filed in the Gauteng High Court, 38 foreign-trained doctors allege that the HPCSA gave an assurance more than once that they would be able take the exam, only to later renege on the basis that the medical schools they studied at - in Romania, China and Guyana - are not "recognised" by the HPCSA.

Doctors, who have been trained and qualified at foreign medical schools, have been battling with the council since at least 2018.

The organisation representing the doctors, South African Internationally Trained Health Professionals Association (SAITHPA), has also written a memorandum to the Presidency and the Ministry of Health to ask them to investigate allegations of corruption, racism and victimisation faced by foreign-trained doctors.

SAITHPA claims that at least 175 foreign-trained doctors are without work because of various obstacles the HPCSA has allegedly put in their way. However, interviews News24 has done with affected doctors, who are part of the court case, as well as academics involved in internship programmes, suggest the number could be higher.

The memorandum to the Presidency also contains allegations that doctors who wrote a board exam in January are still waiting for their results.

This situation is sure to cause a stir among the medical fraternity, which was recently criticised by the Department of Health for roping in Cuban doctors to aid the Covid-19 fight - an effort that apparently costs more than R400 million - while dozens of trained doctors stew at home.

Health Minister Zweli Mkhize defended the Cuban doctors' arrangement, saying they were merely here to supplement medical efforts and not to take jobs.

The HPCSA has not responded to the allegations in court. The body was sent a detailed query, but did not respond for several days before publication.

The Department of Health referred News24 to the HPCSA, but said it was aware of "some South Africans who trained in some foreign countries but have repeatedly failed HPCSA board examinations".

The Presidency did not respond to a request for comment.

In court papers, Sarvashni Chetty, a doctor who graduated at the Texila American University in Guyana, alleges in an affidavit that 12 of the applicants had applied to write the board exam in 2019, but were unable to because the exam can only take 120 applicants.

On the back of this, the Legal Resources Centre (LRC), on behalf of 111 foreign-trained doctors, threatened the HPCSA with legal action if the doctors were not able to sit the exam.

The HPCSA later allegedly allowed 60 of them to take the exam in January 2019, and the rest would take it in a slot in May that year.

But the council later allegedly reneged on this commitment for some who had applied for the board exam, on the basis that "the institution from which they obtained their basic medical degree was 'not evaluated by the relevant Medical and Dental Board previously'."

This effectively left foreign-trained doctors in limbo, while the HPCSA would "review the curriculum offered at the universities that the applicants graduated from", court papers allege.

The affidavit then lists 14 times SAITHPA or doctors wrote to the HPCSA to furnish them with the details of their qualifications or to try to come to an understanding, or to place on record exactly which medical schools it did recognise. These allegedly went unanswered.

Eventually, on 16 August, 2019, the HPCSA allegedly gave its "assurance" that those who SAITHPA represented would write "the first available examination in 2020".

However, the following month, the HPCSA allegedly wrote to SAITHPA saying it was "unable to commit" to that arrangement.

The other 37 applicants filed confirmatory affidavits of Chetty's allegations.

Her affidavit says the situation has left her and her fellow applicants suffering "severe emotional, financial and other prejudices".

'Invaluable in an emergency situation'

Meanwhile, the memorandum to the Presidency says results for a board exam that doctors took in January have still not been released, without a reason.

"Consequently, graduates who qualified to register for internship in the mid-year cycle, were unable to do so," the letter reads.

Dr Robert Ian Caldwell, a retired doctor who was involved with foreign-trained medical students during his time at the University of KwaZulu-Natal's School of Clinical Medicine, said he had also been alerted about these results not being released.

Caldwell said even though passing this exam would only qualify the doctors to take on internships, they would still be useful during a crisis such as the one the country currently faces.

"Even at the most junior level, they'd be invaluable at an emergency situation."

We live in a world where facts and fiction get blurred
In times of uncertainty you need journalism you can trust. For only R75 per month, you have access to a world of in-depth analyses, investigative journalism, top opinions and a range of features. Journalism strengthens democracy. Invest in the future today.
Subscribe to News24
Related Links
Another KZN hospital closes its doors after two babies, 14 others test positive for Covid-19
'Profiting from the pandemic' - US politician slams SA for taking Cuban doctors
Doctors are here to save lives, not enrich themselves – Cuban embassy in SA
Next on News24
LIVE | Covid-19 in SA: Death toll at 86 967 as cases rise by 2 261

3 bag the jackpot in the Daily Lotto
Full list of lottery results
Lockdown For
DAYS
HRS
MINS
Voting Booth
Have you ever purchased a fake luxury/designer item?
Please select an option Oops! Something went wrong, please try again later.
Yes, I believed it was authentic
7% - 190 votes
Yes, I didn't want to spend that much money on the original item
20% - 572 votes
No, I always shop at reputable stores
14% - 392 votes
No, I don't wear designer clothing
59% - 1656 votes
Previous Results
Podcasts
PODCAST | The Story: Spotlight on filicide - what triggered Lauren Dickason? And how to get help