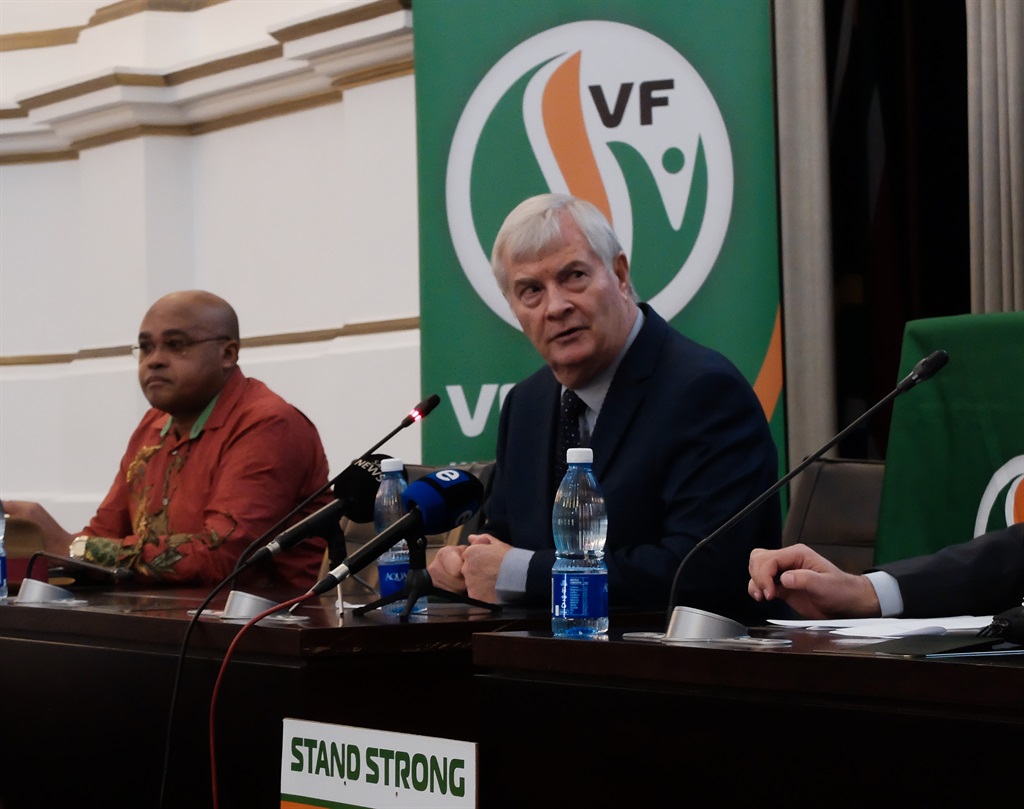 Lennit Max with his new party leader Pieter Groenewald, where it was announced that Max will be the FF Plus's mayoral candidate for Cape Town.
Jan Gerber

The FF Plus announced on Wednesday that Lennit Max, who joined the party in August, would be its mayoral candidate for Cape Town in the municipal elections.

Erika Botha-Rossouw, currently the party's only councillor in the metro, will be the deputy mayor candidate.

Max said it was an honour to be selected as a mayoral candidate.

"The ANC put us as white and coloured people aside," said Max, a former ANC member.

"They put us on the outskirts of government."

He said if he becomes mayor, he would "be a mayor for everybody".

"I will not reserve myself for a particular race or class."

He said in his administration there would be "no room for stealing money".

He said affirmative action was reducing the "capabilities of people of colour".

"I am not an experiment, and I will not be someone else's failed experiment," said Max, also a former DA member.

He said for him, it was not about a political party, per se, but about people.

He said he supported the Cape Exit secession movement and invited them to support the FF Plus.

Asked to clarify whether his party supported the Western Cape's secession, party leader Pieter Groenewald said: "I am on record where I said secession is an instrument to obtain self-determination."

He said the party was in favour of self-determination, but believed in the "constitutional road".

"If the people of the Western Cape want independence, we will support them," Groenewald said.

Asked how the party - rooted in Afrikaner nationalism - would go about attracting coloured voters, Western Cape leader Corné Mulder said the only constant was change.

"The FF Plus is not a party rooted in white Afrikaner nationalism anymore," he said.

He said 686 of its candidates in the City of Cape Town were "people of colour".

One of these candidates, Grant Marais, joined the party in 2018.

"I am very much at home in the FF Plus," said Marais.

"We are a minority in South Africa, no one listens to us. We want a voice and a say in this metro."

Groenewald said they did not want the city to be governed by the ANC again, but they also did not want the incumbent DA to govern the city by itself. He said a coalition government would ensure better governance.

It's not difficult to govern better than the ANC. You have to be really bad if you govern worse than the ANC.

In 2019, the FF Plus had former Cape Town mayor Peter Marais as its candidate for premier. He was elected to the provincial legislature and was also in attendance at Wednesday's press briefing.

Max is a former provincial police commissioner, DA MP, DA MPL and Western Cape MEC for community safety. Most recently, he worked as an advisor to Minister of Police Bheki Cele.

Apart from the ANC and DA, he was also a member of the ID.