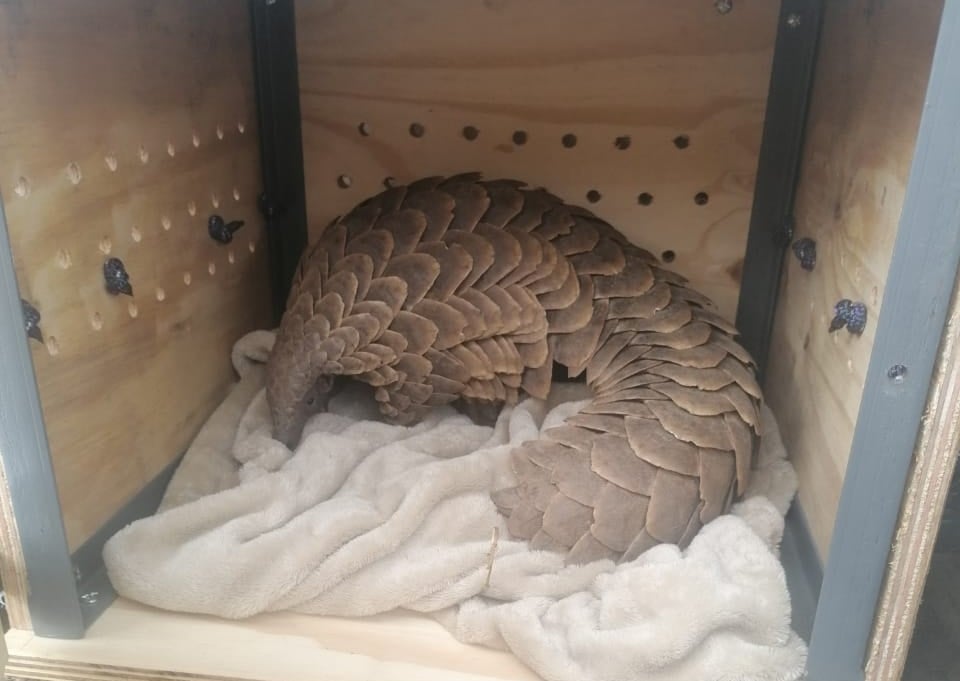 Four people have been arrested for attempting to sell a pangolin at a North West mall.
Supplied

Four people have been arrested for attempting to sell a pangolin at a North West mall.

The Hawks swooped on the four people - aged between 33 and 59-years-old - in Mahikeng on Friday while they were attempting to sell the endangered animal for R250 000.

Pangolins are under threat from illegal trafficking networks and considered one of the world's most smuggled mammals.

Conservationists estimated that around 100 000 pangolins were smuggled each year. They are considered a delicacy in some Asian cultures and also used in traditional medicine, despite being protected under an international treaty.

The Hawks' Serious Organised Crime Investigation Unit responded to a tip-off about the alleged wildlife smugglers, who were reportedly looking for a buyer for the pangolin, said Hawks spokesperson Captain Tlangelani Rikhotso.

"The suspects were arrested at the Crossing Mall in Mahikeng, where the pangolin was found in the suspects' vehicle. The vehicle was seized for further investigation," said Rikhotso.

The pangolin had been taken to a place of safety, said Rikhotso.

The four suspects are due to appear at the Mmabatho Magistrate's Court on Monday. They face charges of wildlife trafficking under the National Environmental Management Biodiversity Act.

We live in a world where facts and fiction get blurred
In times of uncertainty you need journalism you can trust. For 14 free days, you can have access to a world of in-depth analyses, investigative journalism, top opinions and a range of features. Journalism strengthens democracy. Invest in the future today. Thereafter you will be billed R75 per month. You can cancel anytime and if you cancel within 14 days you won't be billed.
Subscribe to News24
Next on News24
BREAKING NEWS LIVE | KZN ANC confirms Sihle Zikalala’s redeployment to national government