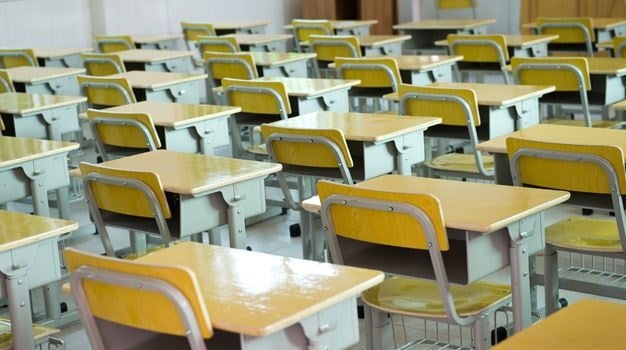 The Free State department of education owes its matric results success to a programme that was developed in Limpopo – a province that came last in the 2018 results.

This is according to Limpopo Premier Stan Mathabatha in response to talk that the 80% matric pass rate set by authorities for the province would continue to be a pipe dream after it managed only 69.4% for 2018. The Free State came second with 87.5%.

Mathabatha was addressing the media after the presentation of the breakdown of the provincial matric results in Polokwane on Friday.

While its results put the province in last place, its pass rate is an improvement of 3.8 percentage points on 2017's results.

Mathabatha explained that Free State MEC Tate Makgoe had told him that the education department in that province had adopted the programme after Makgoe and his officials visited the Vhembe district in Limpopo, where the pass rate averages at more than 80%, and witnessed the programme in action.

"This (Vhembe) is where the programme was first piloted. Unfortunately, when it was supposed to be implemented in Sekhukhune, there was new leadership in 2007. In 2009, we went to the elections and a new leadership came in.

"With all the politics of that time, we all understand what happened – section 100 [of the Constitution] was invoked and then the programme was stopped. That is why we are saying it is possible to achieve the 80% [matric pass rate].

"In Vhembe, it has already been done, and in the Free State it has been done. I'm telling you we are going to achieve that 80%," Mathabatha said.

He said the priority now was to "fix" the education department.

"I don't want to use the term 'clean audit' because I don't know what it means. In my view, I don't think there is an Auditor General who can give you a 'clean audit', but it's a South African concept and we accept it.

"The Auditor General doesn't audit everything. He audits some things. If it's a 'clean audit', it must be a clean audit of a something. So, generally and internationally, what is used is 'unqualified report'. I'm sure that the education department will achieve it very soon."

Meanwhile, the Limpopo education authorities remain optimistic that the delivery of textbooks and stationery will be completed before the reopening of schools on January 9.

Head of department Beauty Mutheiwana said 96% of deliveries to schools had been completed so far.

"The number of schools that are remaining is just 300, which we will be able to cover by the time the schools reopen. In terms of stationery, I can confirm that for Capricorn district we have delivered 100%," she said.

"The deliveries are continuing and everything is on track. Come the 9th of January (2019), learners will have textbooks and stationery delivered to them."

We live in a world where facts and fiction get blurred
In times of uncertainty you need journalism you can trust. For only R75 per month, you have access to a world of in-depth analyses, investigative journalism, top opinions and a range of features. Journalism strengthens democracy. Invest in the future today.
Subscribe to News24
Related Links
Gauteng celebrates: Only 3 schools didn't reach a 70% matric pass rate
'Limpopo is number last' - EFF calls for MEC to go, despite 'milestone' matric performance
Western Cape achieved top spot in 'real matric pass rate' - MEC
Next on News24
LIVE | Covid-19 in SA: 13 246 new cases, 136 more deaths